Asphalt 9: Legends just soft launched on iOS in the Philippines and it's definitely going to be better than Asphalt 8

Yeah, I said it

Wow, it really doesn't feel that long ago since we were writing about the previous game, but I guess that was two years ago and Asphalt 9: Legends is on the way.

If you thought Asphalt was extreme before, you'd best buckle yourself in for another fast-paced, wild-action thrill ride of epic proportions.

Featuring a tidy selection of 50+ hypercars from folks like Ferrari, Porsche, Lamborghini, and more, over 70 tracks (with mother nature nipping at your heels in some), 60+ seasons, 800+ races, and a brand new car editor at your fingertips, it sounds like we're in for a treat. Well, I hope. 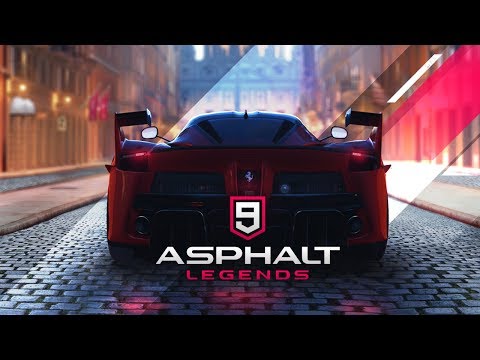 Its trailer above makes my palms a little sweaty and it definitely makes the game look absolutely awesome, but whether it'll perform as flawlessly and feel as good as it looks is another story.

As Ric said in Asphalt Xtreme's review, its use of outdated touch controls let the team down a little. However, when GRID Autosport popped onto the App Store last year it really showed off what racers could achieve on mobile. It'd be nice if Gameloft took a leaf out of Feral's book, and it certainly looks like we'll be getting an upgrade experience.

Asphalt 9: Legends will likely come to iOS and Android later this year. However, if you live in the Philippines you can download it right now on the App Store.

*Note - the game's currently region-locked, so if you've got a Philippines App Store account but don't live in the area you won't be able to play it*