Cubor, as you might be able to tell from its name, is a game about cubes. More specifically, it's a game about moving cubes around.

It's not the most original of concepts, but it does throw some interesting ideas into the mix to keep you on your toes.

If you're looking for a puzzler that's not going to challenge you too much, then this could well be right up your street.

Each level in the game takes place on a grid. You've got a number of cubes to play with, and you can switch which ones you're controlling with a tap.

Your aim is to get the cubes onto squares of the same hue on the grid. Things start off pretty easy, but the deeper you get into the game, the more new ideas it throws at you. 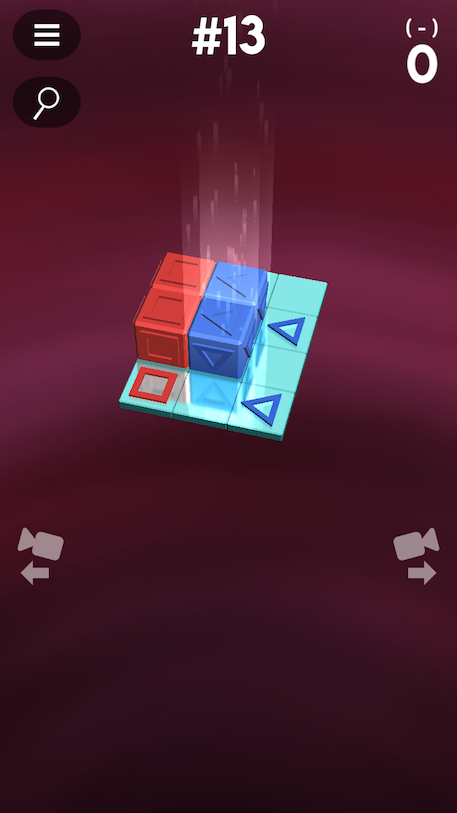 Finishing a level always gets you a single star, but if you want to get every star, you're going to have to complete the challenges within a set number of moves. Sometimes that's easy. Sometimes it makes you want to punch whoever invented cubes.

But those frustrations aren't too annoying. Especially when finishing a level in any manner moves you on to the next one.

Things do get a little repetitive, and there's little in the way of theme here to keep you interested. Here are some cubes, move them over there, rinse and repeat.

Cubor isn't a bad game, and if it's the sort of thing that you're into then you're going to enjoy the time you spend with it. It's just that it does hardly anything to remain in the memory.

It's the very definition of a brief distraction. You'll play it, you'll probably enjoy it, but when you get bored of it it's pretty unlikely you'll ever come back to it.

There are some interesting ideas in Cubor, but all in all there's not quite enough to wholeheartedly recommend it
By Harry Slater
| Feb 14, 2018 |
iOS + Android
Find out more about Cubor
SEE COMMENTS

Severed's strength comes from its sadness