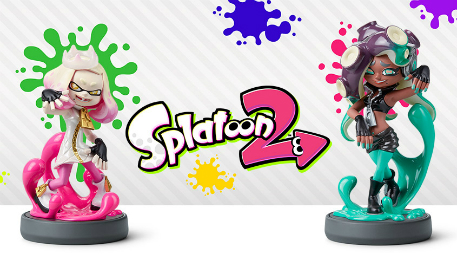 If you’ve been waiting for the perfect chance to try Splatoon 2, your time might be coming soon. Splatoon 2 is getting a truly tempting Starter Edition on March 16. This special, physical bundle includes a bonus 100-page strategy guide and two sheets of Splatoon 2 stickers. That all retails for $59.99.

If you already own a copy of the game, but want in on some new goodies, don’t fear. We’ll be getting two new amiibo figures in the shape of Pearl and Marina later this year. They’ll be sold together as a two-pack, and are likely to delight all you collectors out there.

Splatoon 2 has made quite a splash since it launched last year, moving 4.9 million copies internationally, and a historic 2 million copies in Japan alone, the first home console title to do so in 10 years. That’s quite a feat in a country where mobile gaming reigns supreme. Splatoon 2 builds on its predecessor, adding in new gameplay mechanics, weapons, and more to keep things feeling fresh. You can read our thoughts on the game in full here.
SEE COMMENTS