Final Fantasy XV Pocket Edition is finally here, and we’ve got the complete adventure of Princes Noctis and his boyband in the comfort of our hands wherever we are - wonderful.

If you’re making the jump from controller to touch screen for the first time, or you’re new to Final Fantasy XV entirely, then this guide will give you the battle primer you need to slay monsters and clear quests. 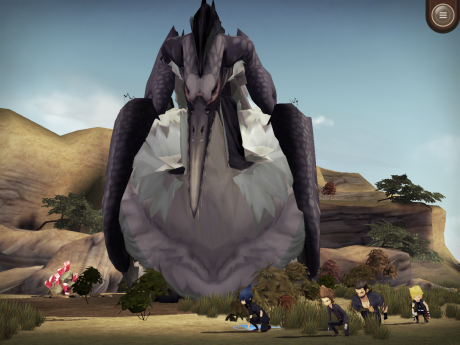 When you see a group of enemies coming up, you should begin the battle with a warp strike. Just like in FFXV, you can warp strike enemies from a distance to stylishly begin a battle.

To warp strike, all you have to do is hold your finger on the enemy, and Noctis will zip over after a couple of seconds.

The rest of your crew will join in shortly after, helping do big damage to the enemies you face. You can also warp strike when an enemy is charging an attack to interrupt for extra damage. 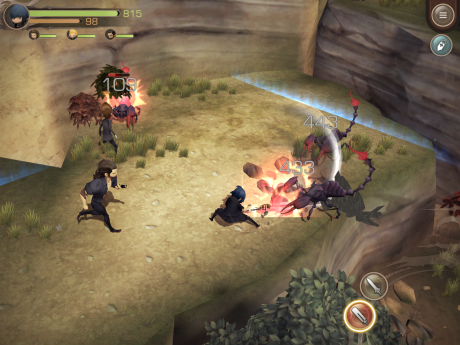 While you start off with just a sword, you’ll quickly be able to equip yourself with more weaponry, like the great sword of pole arm.

Of course these different weapon types do different amounts of damage and warming up the swings can take a long time on the great sword, but the damage is heavy.

Of course, you can swap between them at will during battle. Remember that larger weapons will have bigger hit boxes, allowing you to swipe at multiple enemies. 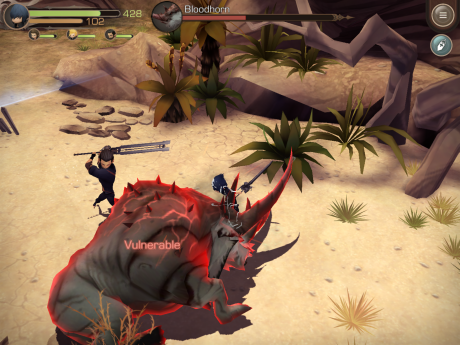 Counter and dodge all day long

Whenever an enemy is coming to attack Noct, you’ll see a larger counter icon appear on the screen. In case you can’t tell, that’s a good time to counter.

The icon has a ring around it that will quickly deplete, representing how much time you have to tap. If the ring depletes half way, your counter will become a dodge instead. Of course, if it goes all the way down you get hit.

Larger enemies might not have this icon though, so when you see them warming up an attack but have no dodge/counter icon, then just move out of the way or warp strike a distant enemy to make distance. 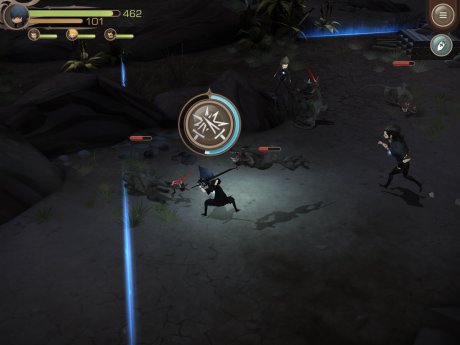 Warp strikes aren’t just good in battle though, they can be used for a little bit of recon and stealth assassinations - looks like that Assassin Festival in Final Fantasy XV was good for something after all.

When in certain situations you’ll see a warp strike icon you can tap to go hang out somewhere - literally hang. From the hanging position you’ll be able to see plenty of enemies, and warp striking them can instantly kill them.

You can easily get a big string of instant kills if you have an opportunity for overhead warp strikes and there’s a bunch of enemies, you just have to be quick on the button. 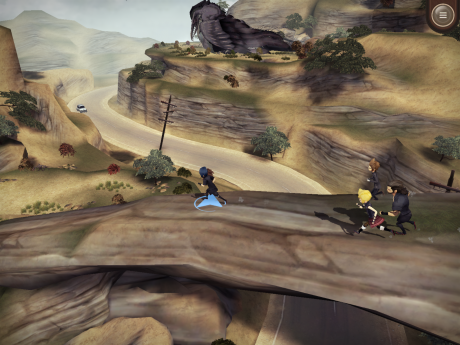 As you battle and level up you’ll earn AP, just as in FFXV, and you can use it to upgrade a variety of stats, including how helpful your pals will be in combat situations.

Take a look through all of the options and weigh up which you’ll want to invest in. For example, not much point in enhancing your great sword skills if you’ve decided not to use it.

Make sure to upgrade your AP skills whenever you get new AP points so you go into combat as strong as possible. 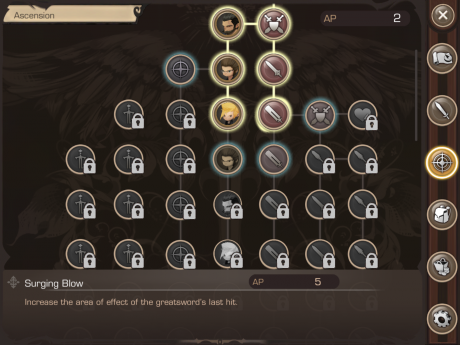