Final Fantasy XV Pocket Edition review - A startling achievement, but who's it for? 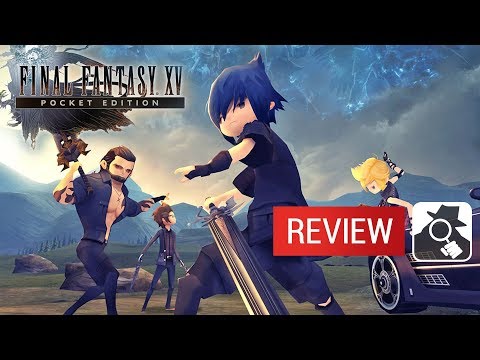 Subscribe to Pocket Gamer on
What is Final Fantasy XV: Pocket Edition? It seems like a pretty simple question, but figuring out the answer is actually rather difficult.

You could say it was a demake, but since it only runs on high-end devices, which cost more to buy as standalone products than the consoles the game was first released on, that doesn't actually make much sense when you think about it.

So does that make it a standalone experience? Well, no, because it's still the same story, albeit told with fewer polygons and a less interactive battle system.

And above and beyond that central query, there's another question we need to answer here. Is Final Fantasy XV: Pocket Edition worth buying? To be honest, that's a toughie as well.

Okay, let's get the good out of the way first. The game is surprisingly charming, and its art-style makes it feel more like a FF game than the flashy polygons and endless vistas of the original.

It's fun as well, and rather than trying to shoehorn the console experience onto your phone or tablet, it tailors things for the devices it's been designed for.

So where in the original you're controlling Noctis with a variety of buttons pushes, joystick presses, and trigger pulls, here a lot of that is taken out of your hands. Tap and you'll attack a monster automatically, leaving you to concentrate on guard breaks, special dash moves, and using the super-moves of your cohorts. 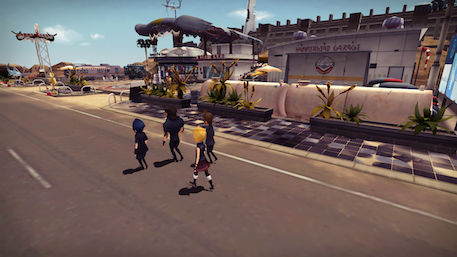 That's not to say that the battles are spectator affairs. There's still a lot for you to do while your party of royal dude-bros smashes monsters with swords. You can swap weapons, heal, change targets, and all manner of other things.

And it works really well. It takes the basis of the FFXV system and turns it into something that actually feels good on a touchscreen. And judging by some of Square Enix's other attempts at mobile ports, that's no mean feat.

When you're not fighting you're navigating the world with taps. Poke a finger on the screen and Noctis will find a route to get there. It means things like getting stuck on scenery tend not to happen, which is nice.

There's also an incredible amount to do in the game, once you've bought everything that you need to. But it's here that the problems start to creep in. 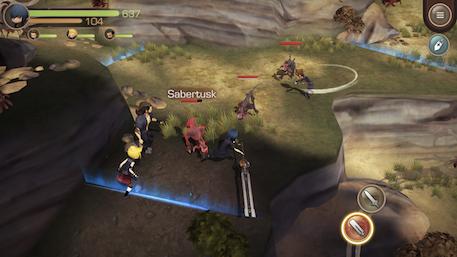 For one thing it's using a similar payment system to Super Mario Run. You get the first chapter for free, then you have to pay. Now, for some people that's not going to be a problem. But others are going to get upset, for whatever reason. Then there's the price. You need to fork out £20 to get the whole game.

And that brings us back to our original statement. Just what is Pocket Edition? It seems to fit into a strange midcore slot between a true Final Fantasy game, and the more casual experiences that SE has released on mobile.

But it's a midcore experience that costs more than most things on the App Store, that you're going to have to put hours and hours into if you want to get the most out of it.

Here's the thing. If you think Final Fantasy XV: Pocket Edition is for you, then it probably is. In many ways it's a spectacular achievement - everything it sets out to do it does brilliantly, and you could make a case for it being the best FF game on mobile.

But if you're unsure, if you're on that big old fence where so many people like to sit, it's a harder sell. Yes, it's great, I can't really stress that enough, but the fact it's so difficult to pin down as one thing or another is likely to put people off.

If you're a huge fan, I expect you've already bought it. If you've poured hours into the original and it left you cold, then there's not much here that's going to change your mind.

If you're part of that other, more nebulous group though, I really only have one suggestion. Pick up the game, play the free bit, and see if it's the sort of thing you want to throw a big wodge of money at. I think I love it, but you might not be so sure.