A Hollow Doorway is the kind of game you might expect to get if KetchApp or Voodoo hired Kenny Sun to make a game.

It's got the solo developer's signature abstract visual style and a rotating shape-based mechanic, but none of the complexity or craziness of Yankai's Peak and Circa Infinity.

What we have instead is a very simple pick-up-and-play time waster. Thankfully, it's a lot of fun.

You are given direct control over the orientation of a hollow doorway, suspended in a decidedly Kenny Sun-ish psychedelic void.

Drag down to rotate that doorway clockwise, up to rotate anticlockwise. 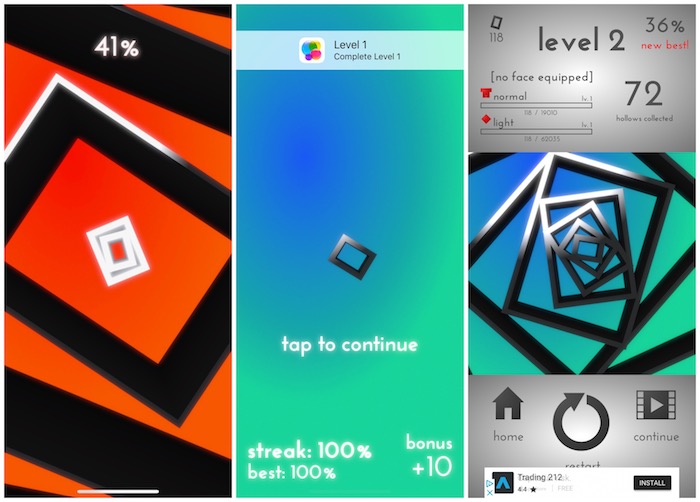 Why would you need to rotate a hollow doorway in a psychedelic void? Because another encompassing rotating doorway is rapidly shrinking towards you, and the only way you're going to hold firm is to align the sides of the two shapes.

One is easy enough, of course, but A Hollow Doorway throws a whole rapid fire succession of these shrinking shapes at you, each aligned differently from the last.

A Hollow Doorway is a very simple game, then. I can't tell you that there are hidden depths below the mechanic I've outlined above, because there really aren't.

But it succeeds because that mechanic is really well executed. There's a tactile pleasure in simply manipulating the central doorway.

Sun has implemented just the right amount of responsiveness to allow you to whip around in a rush, but just enough to punish a panicked reflex, too.

It's all about maintaining a zen-like calm, a focused-but-not-too-focused state that can see you reeling off an unbroken chain of successful shape matches.

Another thing that makes A Hollow Doorway so satisfying is its subtle audiovisual feedback system.

Each crunch point coincides with a beat in the housey, minimal techno-y soundtrack, while failure yields a discordant clang that will have you wincing. It borders on rhythm action game territory. 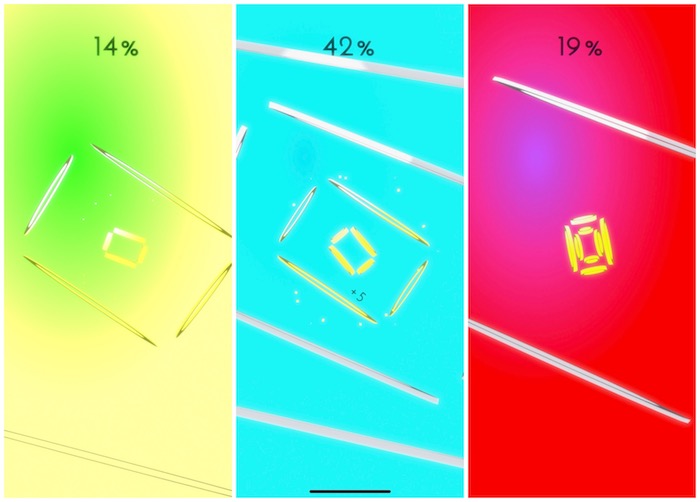 I also appreciated the fact that there are distinctly crafted levels here, rather than a single randomised endless score attack slog.

Yes, you're still essentially doing the same thing endlessly, but it's remarkable what a change of background and soundtrack can do to the feel of the game and your sense of achievement.

Show me the money (or don't)

Another departure from Sun's previous work is the implementation of IAPs, which the developer is profusely - almost comically - apologetic for in the app blurb. It also has ads.

Neither system is particularly obnoxious. The IAPs are for largely cosmetic items, and you can also pay to deactivate the ads and the IAP system itself.

That's A Hollow Doorway in a nutshell. It's a casual time waster that appears to take a well worn pathway, but which distinguishes itself through careful design and thoughtful touches.

A thoughtfully designed casual time waster that benefits from being played in a trance-like state
By Jon Mundy
| Feb 5, 2018 |
iOS
Find out more about A Hollow Doorway

16 unreleased indie gems from the Middle East (that we've played)