Fantastic or an inevitable disappointment? Here's our verdict on Mario Kart Tour

Nintendo had a hell of a busy day yesterday with all of its announcements, but one in particular caught our eye.

Before March 2019, Ninty's vowed to bring Mario Kart to mobile and we just needed to gather some much-needed opinions on it. We know Mario Kart's got the market, but what form is it going to take? Will it be premium or free to play?

I mean, of course we're excited. It's Mario Kart on mobile! We just really, really hope it goes right. 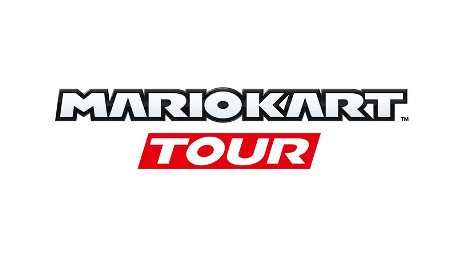 Mario Kart was always going to be one of the big names that Nintendo brought to mobile. It does seem like it’ll be a pretty good fit for the platform, and we’ve already seen how well the Sonic and Sega Allstars racing games did.

Obviously we don’t know what form the game is going to take yet, but I can’t imagine Nintendo straying too far from the basics with such a big title. It’s not going to be a management game, I’m saying that now.

The only big question is pricing. If Nintendo goes premium, then fair enough. But if it goes free to play it’s going to have to get the balance between annoying the fans and sucking in the biggest audience just right.

IAPs for Blue Shells? Waluigi as a DLC-only character? I’m pretty sure the game underneath is going to be ace, it’s just whether the monetisation layered on top is going to crash into that sweet spot or not.

After Mario Kart 8 it was hard to see where Mario Kart would go next. The game already handled great and looked amazing, what could they possibly do to follow that up? Well apparently Mario Kart Tour on mobile is the answer, and it raises yet more questions.

Namely, what kind of gameplay experience can we actually expect? Straight runs on a straight like in CSR Racing 2, or will we see proper Mario Kart action?

Though there's good reason to be hopeful. The low-spec Mario Kart 7 on 3DS looked great and ran beautifully, and if the game we get on mobile looks and plays even half as good, it'll be one of the better racers on mobile by default.

The main concern is the pricing model, of course. Will we see a free to play model like in Animal Crossing, with subtle temptations to pay, or will it be more like Super Mario Run, offering players a limited experience before hitting them with a larger paywall in order to continue?

Either way Mario Kart Tour is yet another Nintendo mobile game to look forward to. Although it does mean we'll likely have to be even more patient to get Zelda on mobile...

Like I said in my newsbit yesterday, I'm so down for Mario Kart on mobile. It's been coming for years, Nintendo's had a hugely successful 2017, so either this or The Legend of Zelda was the next step.

The one major concern I have is whether it's going to be premium or free to play. Premium is the safest bet for consumers if they're looking to pretty much port the game over, but I have a feeling they'll be going down the free to play route.

After Super Mario Run shot off for the first week and then crashed and died once everything had been bought and all of the levels were done, it's clear Ninty's had more success with their F2P titles in terms of longevity. I only hope that IF this is the path they take, they'll do it right.

A restricted karts/power-ups list wouldn't surprise me, but I'd hope they'd give you the option to earn and unlock new things rather than just pay for them outright. It's a tricky situation to predict, for sure. We'll just have to wait and see (and hope for the best).

Mario Kart has always been a short, sharp arcade racer, which is one of the reasons it fits so well on Nintendo's various handhelds. While Grand Turismo would feel as comfortable as a barbed wire toilet seat on mobile, Mario Kart's blend of simple controls, colourful environments, and easily recognisable characters are perfectly suited to smaller screens.

Of course, the real question isn't whether the racing will feel good or not. It's how Nintendo plans to package the gameplay. Will it allow real time mutliplayer? Is there going to be an energy system? Will you be paying currency to put another gold coin in the gatcha machine to win a potentially balance-upsetting red shell?

While it's easy to be cynical, Nintendo's track record on mobile so far hasn't given us any real cause for concern on this front. Even their free to play efforts, games like Fire Emblem Heroes and Animal Crossing: Pocket Camp, haven't succumbed to the more sinister pitfalls of the controversial payment model.

I'd be very surprised if Mario Kart Mobile turned out to be some half-cocked cash-in. It's one of Nintendo's crown jewels, and I've every confidence the devs responsible will want it to shine just as brightly on your phone screen.

Obviously Mario Kart is a killer game franchise and I've had fun over the years; I'm probably going to say my favourite version is the N64 game, but then I am old. However, that highlights the exact problem with this mobile announcement.

Mario Kart for me is all about sitting around with your mates, chugging the odd beer, shouting at each other as you slam round that final bend. It's a party game, a multiplayer experience that requires actual presence. Glen (remember him?) and I had a whale of a time with the Gamecube edition at our local pub's retro night before Christmas.

I love my mobile phone games, but for different reasons. Sitting on the bus racing somebody online? That's never going to beat the fun of actually gathering around a hot games console, surely?

Hearing the news about the Mario Kart coming to mobile shook me to the very core. I love this series, I am devoted to this series, I have spent hours honing the precision of my green shell throws. Who knows what it’s going to be like but needless to say, I'm excited.

That being said, I'm always wary with Nintendo mobile releases. They have a trend of hyping everyone up, getting people rabidly invested in their app for the first week, only to have it gather dust on the second page of their phone within the month. I think this has to do with Nintendo's penchant for having a game be free-to-play and then dangling the really good stuff behind a pay wall (which hardcore Nintendo fans will always spend the money on).

Regardless, Mario Kart is one of those games that can be shared with others and it gets people to spend time with one another. Even if it's free-to-play, that’s great because it just means it can be a shared experience with even more people. If it’s a paid app that's reasonably priced, that'll be fine too. But what truly matters is if I can make Toad's horn screech at my friends and annoy them remotely.

Since this is a pretty big move on Ninty's front, we also wanted to get our super eager App Army involved and here's what a few of them had to say about the game. Paul Manchester

Hopefully they will choose to charge around a tenner for the full game and avoid filling it with F2P rubbish like wait timers, gems, etc. Mario Run was definitely a success and I think Mario Kart would prove to be a huge hit among mobile gamers using the same model.

I'm really curious to see how it turns out and the sort of pricing model they use. I'll will definitely at least give it a try. Still playing Pocket Camp regularly and the others occasionally when I have a spare few minutes out and about, so hopefully I'll enjoy it enough for it to join them.

Nintendo keeps surprising me with the games they bring to the mobile platform. Super Mario Run didn't turn out to be a simple auto-run game, and Fire Emblem Heroes and Pocket Camp were good. Bringing in Mario Kart is awesome, but I'm curious to see how they are going to go about it.

Either pay a big price for the game or make it F2P with IAPs. Oh, and Beach Buggy Racing is a thing. So if Mario Kart Tour isn't better then BBR then I won't be playing it, but I doubt it.

I've got MK8DX and have a feeling the iOS version might be retro, so have a style like the GBA.

What do YOU think of the Mario Kart Tour announcement? Will you be happy paying full price? Or would you rather it was free to play? Give our experts a piece of your mind in the comments thread below.
SEE COMMENTS