Arena battles or mobile matches? The answer may surprise you.

After a long wait, Final Fantasy fans are utterly spoiled for choice today, since they can pick between two brand new Dissidia games to sink their teeth in to.

It's already going to be tough to pick between the two, and if you're going to pick only one, then it's got to be the right game for you. We'll help you narrow down your options right here. 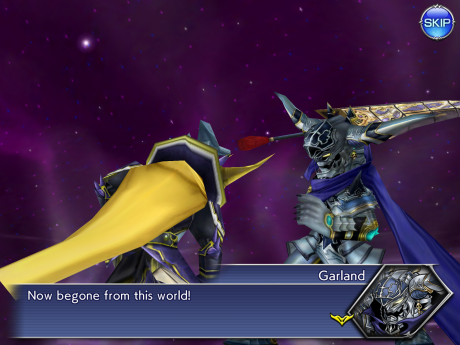 So what's the same?

In the Dissidia games, smashing away at your enemy's HP isn't always the best way to win the war. Instead, doing battle against enemies is much easier when you chip away at their Brave meter, before moving in for a big attack.

In Dissidia for consoles, this mechanic is of course here, allowing you do combos and move enemies away from zones with your Brave attacks, hacking away at the enemy's meter and interrupting any of their moves with well timed counters.

On mobile it takes a similar form. You can kill enemies simply by unloading HP Attacks, but knocking down their Brave meter in order to delay their moves and damage enemy morale is a key mechanic. 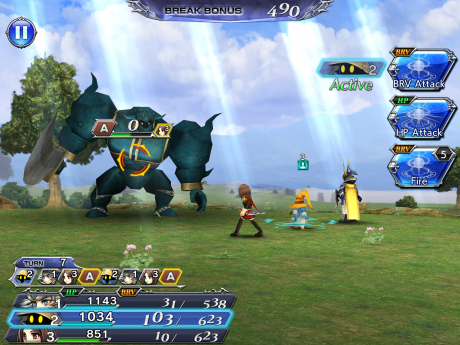 Outside of battles, the way you assemble your team of ragtag protagonists and the fun character interactions are pretty similar across the two titles.

You'll run into characters literally just wandering the world, lost in a cave or strolling through a desert, and another Final Fantasy protagonist will just walk up and they'll decide to hang out. Safety in numbers, and all that.

Characters that have appeared in previous Dissidia games are knowledgeable about the world around them, while those new to the franchise act very lost.

Understandable, really - you'd feel lost if you were instantly warped to a world possibly even more fantastical than the one you're used to. 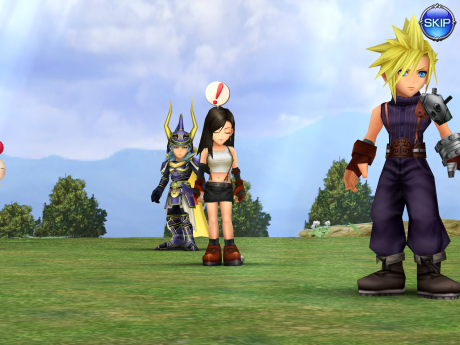 Well despite both being Dissidia games, and bringing Final Fantasy characters from across the series together, they play very differently indeed.

In fact, Dissidia Final Fantasy Opera Omnia feels like a more traditional experience in a number of ways.

A party of recognisable characters, weapon and equipment upgrades (which fit neatly into the free to play gacha mechanic that distributes equipment), the turn based battles, even the enemies you fight are familiar.

It's a fully fledged JRPG, albeit in a mobile free to play shell. 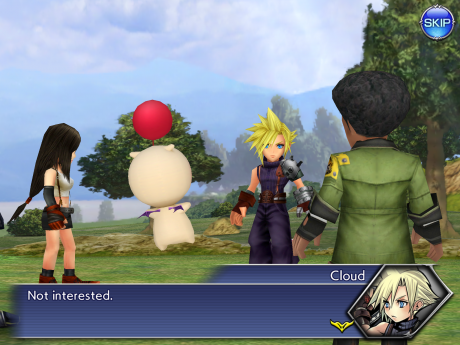 Dissidia Final Fantasy NT is, well, not an RPG. Instead it's an arena fighter with a focus on multiplayer battles both online and off.

Even progressing the story in NT is a bit unusual, as you have to earn Memoria crystals before you can view cutscenes which show the characters interacting with one another in the new world.

It's a strange state of affairs, then. One where the premium Final Fantasy option might not be the game that long time Final Fantasy fans will enjoy most. 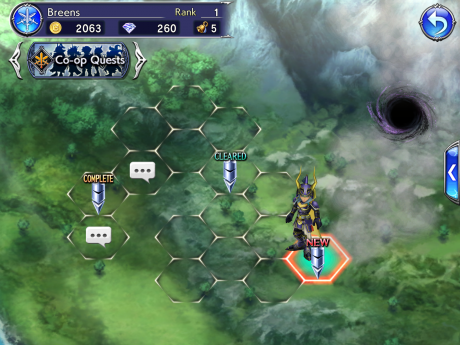 Which should you play?

Well Dissidia Final Fantasy NT on consoles in a premium experience, focused around arena combat between two teams of three. It's really an experience designed to played online, against other people.

It's about as far from a traditional Final Fantasy game as you can get, whilst still using characters like Lightning, Noctis, and Cloud.

The few real differences between it and earlier Final Fantasy games being things like the Brave system, and of course the lack of a properly traversable overworld. But it's set out in such a way that these things aren't necessary. 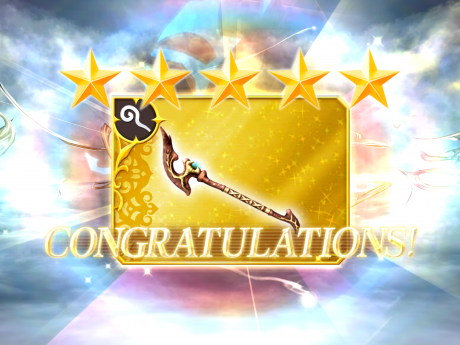 So, which should you play? Well if you're interested in real time arena combat with Final Fantasy characters, Dissidia Final Fantasy NT is the obvious choice.

Dissidia Final Fantasy Opera Omnia on the other hand, is great for classic fans of the series.

And if you're okay with both? Well, why not both? Opera Omni is free to download, after all.

The best iOS and Android updates this week - Batman: The Enemy Within, Animal Crossing Pocket Camp, Stormbound, and more