World To The West is a mixed bag of interests and excitement that sees you interacting with multiple different characters throughout.

It's pretty, nicely designed, and though it takes a bit of a different turn from Teslagrad you can definitely tell it's got the same Rain Games flare to it.

Of course, it's not perfect, but there's a lot to chew on here and it feels right at home on the Switch.

I'm going on an adventure

Despite the scattering of adorable but deadly enemies, your primary function in World To The West is to solves puzzle after puzzle to progress.

Each of the four characters you can control has different skills from their comrades. One can skate across any body of water, another can mind-control creatures, and so on. 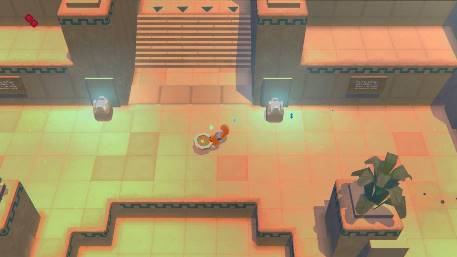 Though the characters themselves seem pretty reluctant to band together at first, it doesn't take you long to run into obstacles that you can only overcome with another party member's skill.

It can be a bit of a pain if you've managed to wander way off into the map, but it's not a total catastrophe to retrace your steps as a different character.

In fact, it's rather fun to see what varying methods and paths you can take to get to the same goal to begin with.

The design makes the game feel bigger than it is, since you can come and go as freely as you want, providing that you have the power to progress. This makes the experience much more fluid, as you're left to your own devices to figure things out and find secrets.

Another nifty thing is the simplistic combat system. Depending on your character you can either get rid of enemies, stun them, or control them, and that helps you change up your strategy.

Again, if you're backtracking with a different character to reach your comrades your combat strategy might be more/less offensive. It's not a huge detail, but it does keep things fresh.

Because of its size, the game can drag a little - there's quite a lot of running around figuring out where to go. A lot of it's common sense, but your sense can abandon you at times.

Sometimes this is down to the underground sequences. Playing on handheld, the levels in certain areas were super dark even with the brightness at maximum, so picking out the correct path was a little tricky. 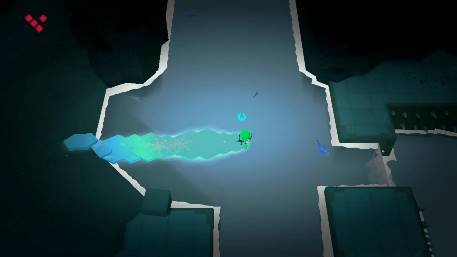 Loading times are also a bit sticky. Compared to other versions of the game, it seems like they're much longer when you leave certain areas and that can derail the pacing further.

Eventually switching between characters catches up to you, especially when all four are available and spread out. Though it's a fun and interesting concept to face the same path in different ways, when you're several hours in the process becomes more repetitive.

Still, for a game as ambitious as this, there's a lot of fun to be had. And World to the West gives you a lot to do across the expansive space.

It may stumble in its pacing and drag occasionally, but it's an entertaining and decent-sized adventure game that lovers of the genre will no doubt enjoy playing.

World To The West

Though it suffers occasionally in its pacing, World to the West is a fun 3D adventure/puzzler for players of all ages
By Emily Sowden
| Jan 31, 2018 |
Switch
Find out more about World To The West