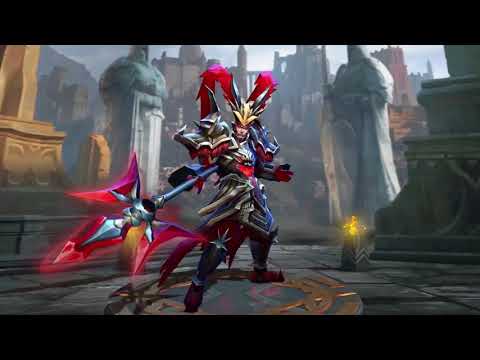 Tencent launched Arena of Valor worldwide in late 2017, a MOBA that has been incredibly popular in China. While the game has yet to truly take off in western markets, Tencent is still aiming to make a splash, releasing Arena of Valor on the Nintendo Switch later this year. This weekend you’ll be able to try it out out for yourself during the European beta test. Arena of Valor is a MOBA in the classic sense of the term, though it's the first to land on the Switch. It highly resembles League of Legends in its lane-based strategic gameplay featuring a huge cast of playable heroes.

If Arena of Valor does build a solid playerbase outside of China, we could be looking at the first major esport on the Nintendo Switch. The game has already had official non-pro tournaments in Europe at both GamesCom and DreamHack Winter with a six-figure prize pool.

You can learn more about the Arena of Valor beta test and share feedback with the development team by joining the beta’s official Discord channel. The testing period starts on January 27 at midnight UTC and runs for 24 hours.

Want more? Check out our growing collection of Arena of Valor news stories!

Arena of Valor heads to Switch this September

Arena of Valor gains first million downloads in the U.S