Remember that time when a Cuphead dupe managed to sneak under the radar and launch on the App Store? It was pretty crazy and further opened up whether such a game would ever come to mobile. The short answer? Not anytime soon. 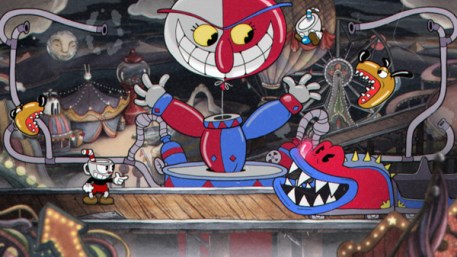 Earlier today, a couple of our sister sites Pocketgamer.biz and PCGamersInsider.biz, launched articles where MDHR co-founder Chad Moldenhauer chatted about Cuphead, its successes, and the recent iOS controversy.

Though ultimately touching on what a bizarre experience it was, Moldenhauer said, "It opened our eyes to show us how big the Cuphead IP is spreading around the games sphere. We just thought it was a little bit odd that it wasn't caught on Apple's end, but they took it down super fast."

When asked about whether MDHR had any plans to bring the game to mobile, he said 'never say never', though the likelihood of there being a Cuphead port in the next few months would be highly unlikely. "--the game, as it is right now, would never work on mobile. If we do something in the future on mobile, it would have to be from the ground up and something totally different."

Be sure to take a look on both PCGamesInsider and Pocketgamer.biz to learn more about where the idea of Cuphead came from, what its future on mobile could possibly be, and more.

It's Full of Sparks review - A stylish but flawed platform-puzzler