Get a boost past the bosses

When a new Hearthstone expansion hits, everyone rushes to play with the shiny new cards. In Kobolds & Catacombs, those that did so were missing the best treasure of all. It introduced a brilliant new solo play mode, the Dungeon Run, with the potential to outshine all the other fresh material.

In it you choose a class and fight a series of bosses, getting new cards and treasures after each fight. This lure of loot makes the dungeon highly addictive: you never know what you might get, or what you might face. The goal is to win eight in a row, and it's much harder than it sounds.

There's a lot of randomness in a Dungeon Run, and whether you win or lose often comes down to chance. Good choices, though, will always help you beat the odds. Here's some tips on class and card choice to help you beat the catacombs.

The early boss fights are pretty easy, whatever class and deck you use. As you get deeper they get harder and, often, longer. Plus, card draw effects seem to be at something of a premium in the Dungeon. As a result, you're likely to see more opportunities to play big minions than in the multi-player game.

So, while it remains important to have a good mana curve available in your deck, it's also wise to pack the high end with big, beefy minions. In particular look out for ones with defensive effects like divine shield and taunt because the AI is bad at attacking these efficiently. Tough minions that permit extra cards, like Ysera, are also a solid investment. 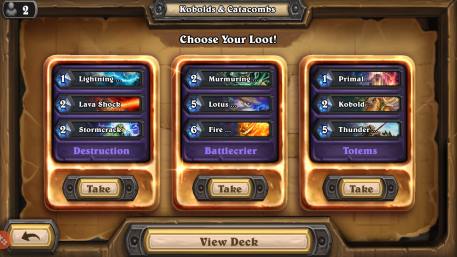 The other piece of general advice is to not over-invest in spells. Some are important, of course, and they're essential for certain classes. But there are several bosses who come down hard on spell effects. Gutmook in particular is almost impossible to beat with a high magic deck since casting any spell against him is dangerous. While some bosses do target minions, none are absolute show-stoppers.

When it comes to bundle choices, keep a look out for tribe synergy. By which we mean card groups like Elementals and Murlocs. These tend to have a lot of card synergy. As a result, one bundle from a tribe isn't that useful but the more you can pick, the better they become. Given the random choices you get, going for tribes is a risky proposition but they can make for incredibly powerful decks if you get enough.

Additional card choice advice depends on what class you're running. Just like multi-player Hearthstone, not all classes face the dungeon with similar odds. If you beat the dungeon with all nine classes you can earn a shiny new card back. But it's best to start with easier options to avoid frustration while learning the game.

The most powerful class in the dungeon is Druid. In a mode where big defensive minions are at a premium, it's no surprise that the class with the most big defensive misions should do well. So aim to pick bundles that bolster your defence while keeping an eye on that overall deck curve. Also look out for Jade bundles. The longer battles give you more time to snowball the Jade effects, with the added bonus of ensuring you'll never run out of cards thanks to Jade Idol. 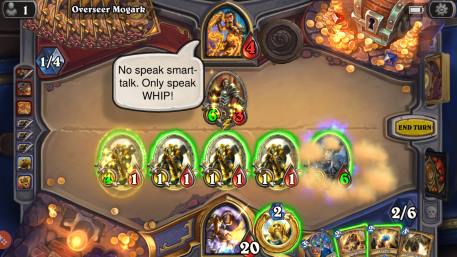 Shaman can also do well and for similar reasons. They too can leverage the Jade effect although their cards aren't quite as good, but they're still a solid pick. The other effect to stack up on is Overload. Not only are a lot of Overload minions exactly the kind of big defensive wall you want, the keyword is less of a drag than in multi-player. The longer games give you time to recover and the AI isn't as good at punishing the negative effects of the keyword.

Paladin is the final top-tier choice good choice and for similar reasons. As well as the big defensive minions, look for weapons, cards with Divine Shield and spells that buff your troops. Success is a little more reliant on getting synergies than in Druid or Shaman, though. So if you start developing a deck with lots of, say, Silver Hand cards or Murlocs, go with that.

Synergies power another useful class, Hunter. This class gets offered a lot of Beasts, and you should take them because Beasts play very well with each other. It also has access to weapons, hard removal and consistent direct damage, all of which are super-useful in the dungeon. Go as aggressive as possible to make the most of your hero power. 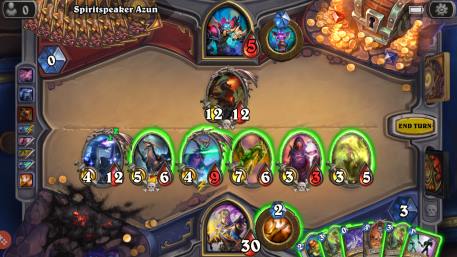 Priest can also do well with synergies, but it requires more luck than Hunter to get offered what you need, and what you need are dragons. Dragon Priest is a powerful class in multi-player, and same is true in the dungeon. You can also do well with Elementals, but they seem to be less common. Pack out your deck with the powerful Priest hard removal spells like Entomb and Psychic Scream.

It's a similar story for Warrior. What you're after here is self-inflicted pain. Its catalogue of berserkers and cards with the Enrage keyword can be extremely powerful. Don't forget to grab the occasional taunt to protect them and cards like Death's Bite to set them off. And while we're on the subject, weapons and cards with Charge are very useful addition, too.

The remaining classes fare worse because they rely more heavily on spells. None more so, of course, than Mage. Still, you can do well with this class by taking the right combination of spells and minions. Go for direct-damage fire spells and the "magical friends" bucket to help you make the most of them. You can also boost your inbuilt offensive capabilities with the Hero Power minion bundles 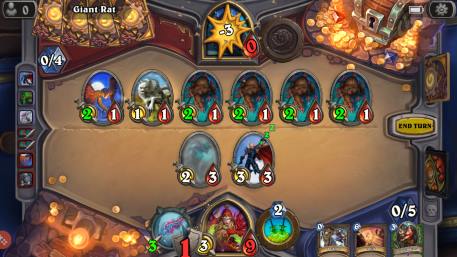 With Warlock you want to go heavy on Demons which are available in various buckets. You'll want to use that hero power a lot so, you can get it, Lifesteal effects are great keep you alive while you burn through your deck. You can also use the longer games to make the most of old-fashioned Handlock-type cards like Giants and Azure Drake.

Rogue can do well with - you guessed it - Jade bundles. Bolster the Jade snowball with aggressive cards like Pirates and those with the Deathrattle effect. It also has access to the ever-handy hard removal and a bit more of that useful card draw than other classes. You'll need luck to get offered what you need to make a great deck, though.

This is the first part of our new Hearthstone expert guide series. Bookmark Pocket Gamer's How To section and join us again soon for more strategic advice.
SEE COMMENTS

World of Warships tips and tricks - Best tactics for battle