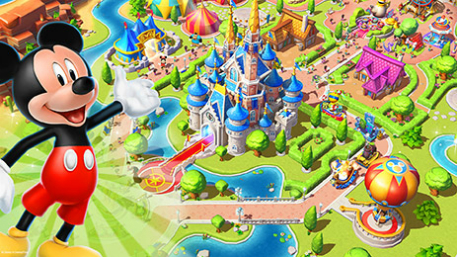 Disney will be working with mobile giants Gameloft (Sonic Runners Adventure), Glu (Kim Kardashian: Hollywood), Ludia (Battlestar Galactica: Squadrons), and PerBlue (Portal Quest). Each of these developers have worked on high-grossing mobile games in the past, and they’re each working on unannounced new games centered on Disney franchises.

This is the first talk of Disney games outside of Kingdom Hearts since the company shuttered its Disney Infinity toys-to-life franchise, along with its Marvel line of mobile games.

Laughlin, speaking at Casual Connect USA in Anaheim, California, sees the hard reset and new partnerships as a fresh start for their video games. It’s a big move, but Disney is prepared to take a few risks. Laughlin noted that Disney is interested in exploring new genres like RPGs or brawlers.

We want know what YOU think of this new initiative. Disney will be working with some seasoned pros, so these will at the very least be some games with a degree of polish to them. Could we be seeing new Kingdom Hearts mobile games in the future? Will we be getting a new mobile Star Wars RPG? This new partnership leaves Disney with a lot of ground to explore, so it will be interesting to see if they can properly move into the space this time around.

Disney Magic Kingdoms Review - When you wish upon a star, you probably won't wish for this