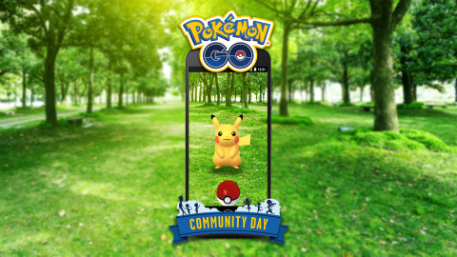 The last mass Pokémon GO event, Pokémon GO Fest in Chicago, was an unmitigated disaster, and Niantic is still trying to make it up to fans, this time with a new Community Day, the first of hopefully many monthly public events for Pokémon trainers everywhere (if you're still able to play the game, that is). This month’s Community Day aims to right the wrongs of the past. Rather than hosting the event in one small spot, which is what caused the last Fest to implode, Community Day is an international event.

Players will congregate once a month to hunt down a special, rare Pokémon (that comes with an exclusive move!) that will only appear for the duration of the event. Trainers who log-in during the event will also be treated to experience bonuses or extra Stardust and extended lure times for the three-hour event.

The festivities are going down on January 20, with time slots for each region:

Niantic is still working out the kinks with its community events a year and a half after Pokémon GO’s release, though Community Day seems like it could be a welcome solution. It’s a great way to regularly get fans together and stir up enthusiasm for the game, which still has millions of players, amazingly enough.

What say you? Will we be seeing you out there on January 20?