Everything you need to know about creatures, captures, and clothes in Animal Crossing Pocket Camp

Animal Crossing Pocket Camp isn't finished expanding yet, and we muse the future.

But it still feels like things are missing. Fans are crying out for more customisation options, more furniture, more clothing and bigger campsites. And this feeling of emptiness isn’t just some intangible longing for what isn’t there, but the menus still suggest that Animal Crossing: Pocket Camp isn’t a finished experience, but a work in progress with much more to come in the near future. 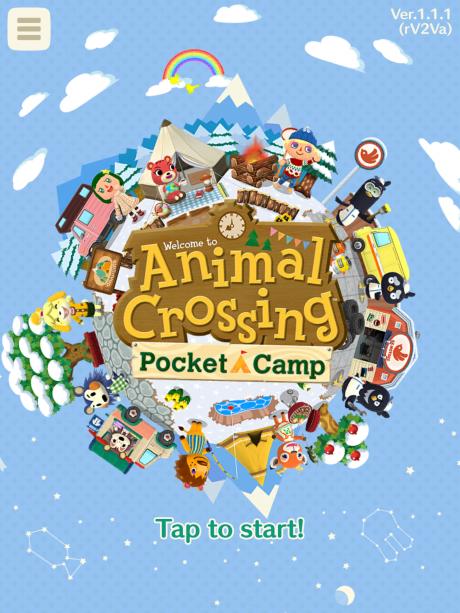 Events and new animals being added to the game have kept us plugged in, but despite the game being available for a few months now, we’re still asking questions about what features we should be expect.

The “Capture!” option seen when talking to the gardening gyroid, for example. Right now, it can’t be used at all, and begs the question as to what exactly it does. We have some theories, mind. 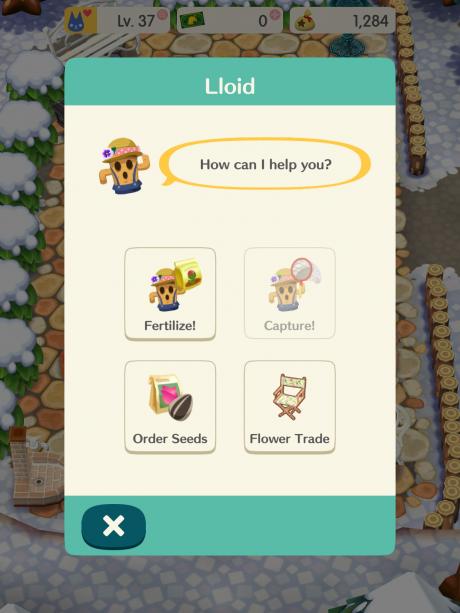 The icon to go with it carries a net, indicating that you’ll probably be catching insects hiding away on flowers - makes sense, as certain insects can only be found among flowers in the mainline games.

We do think that these insects might be of a different category to the ones you usually collect, though. Another menu, filed away next to your miscellaneous tools and items, lists “Creatures” and has a butterfly icon, yet no insects or butterflies currently in the game get moved to this section. 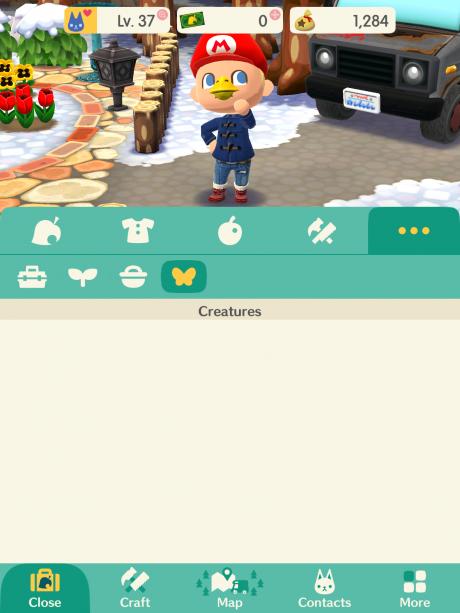 We think the creatures you capture in your flower garden will get moved here and, since the menu is right next to the flower menu, we believe it’s possible that you might attract, collect and trade these creatures, similar to how you cultivate different breeds and varieties of flowers to later trade them for furniture.

Clothes crafting is something that’s eluded us entirely since the beginning of the game. The icon is still there on the crafting menu, and there’s a message to assure us it’s coming soon, but we haven’t seen anything from it yet. 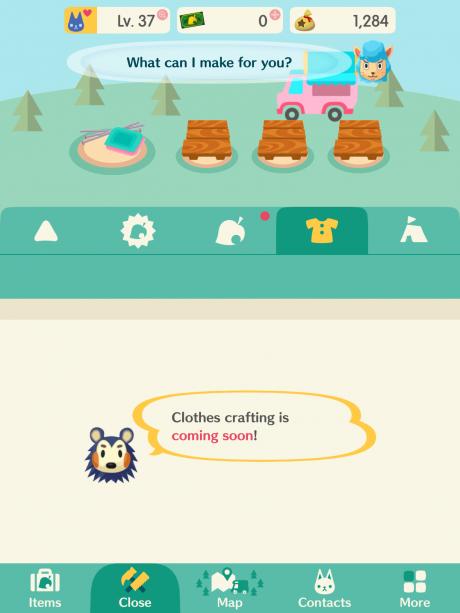 It’s pretty safe to assume that clothes will likely be a cotton-intensive item to craft, although we wouldn’t be too surprised if clothing items had a whole new set of crafting items entirely. Coloured fabrics, thread, etc.

It works in Pocket Camp’s favour, as every crafting material they add to the game just means your chances of getting a specific material you want get smaller, and the your likelihood of needing or wanting to spend the premium currency, Leaf Tickets, gets bigger.

We think highly of Animal Crossing: Pocket Camp, but we hope further content expansions don’t make it even more of a grind to build those late-game amenities and trade with our animal friends.