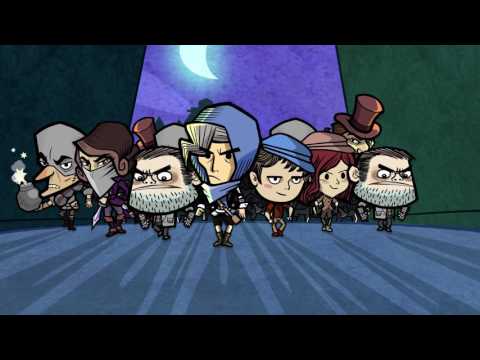 Just because it's only the second day of the year, that doesn't mean that there isn't news to impart in your general direction. And this bit of news is actually pretty darn interesting.

Antihero is a new digital board game that's just landed on the App Store. It's been out on Steam for a while, where it's received some rave reviews. Now, you can squish it into your pocket too.

The game is all about building up your own thieves guild in a cartoony take on the Victorian underworld. You'll need to use your cunning, and occasionally murder people, if you want to work your way to the top of the bottom.

As well as a thick and juicy single player campaign, there are plenty of multiplayer modes here as well. There are casual and ranked game modes, and you can tweak the rules to create your own style of game when you're playing with friends.

If that sounds like the sort of thing you'd be interested in, then you can click right here to grab the game for iOS. It'll set you back £3.99 / $3.99. We'll be getting a review up on TableTap as soon as we can too.