Personal recommendations for the best mobile games of 2017

So here's my confession. The title I've been playing most this year, without a doubt, is The Battle Of Polytopia. This cute single-player strategy game was released in 2016 so it doesn't count for this end of 2017 round-up. But it did have a ton of updates in 2017. New tribes were added which effectively expanded its lifespan. So I'm unashamedly going to plug it right now: go play indie masterpiece The Battle Of Polytopia. It's like a Fisher-Price Civilization and it keeps getting better.

Of course this was also the year of the Clash Royale world championship tournament, and with the new 2v2 mode landing in 2017 that's another year-old game that I just have to keep playing. (I got sorely trounced in the world championship heats in London, by the way, although big thanks to my patient teammate).

Anyway, here are the genuine 2017 releases that kept my iPhone 7 busy... 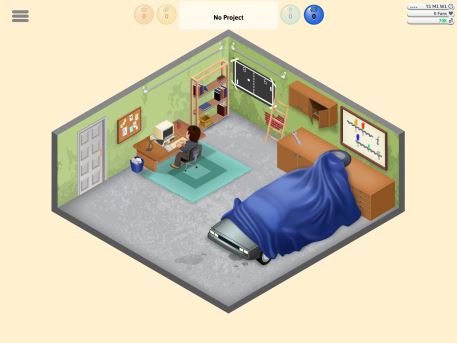 There are so many in-jokes in this games industry-themed business title. I've been a games journalist since the 1990s so a lot of this made me giggle. You direct an indie games studio that launches at the end of the 8-bit era. You pick which products to research, what platforms to develop for (cleverly named kit like the Vonny Playsystem), and where to allocate your resources. You watch your reviews come in. You hire marketing staff, research better graphics, decide whether to focus on storytelling or visuals. Your empire grows and hopefully you won't have to take on too much contract work to keep paying the electricity bills. It's a bit repetitive and not one for action fans, but it's funny and deep and I like coming up with fake names for PC games. 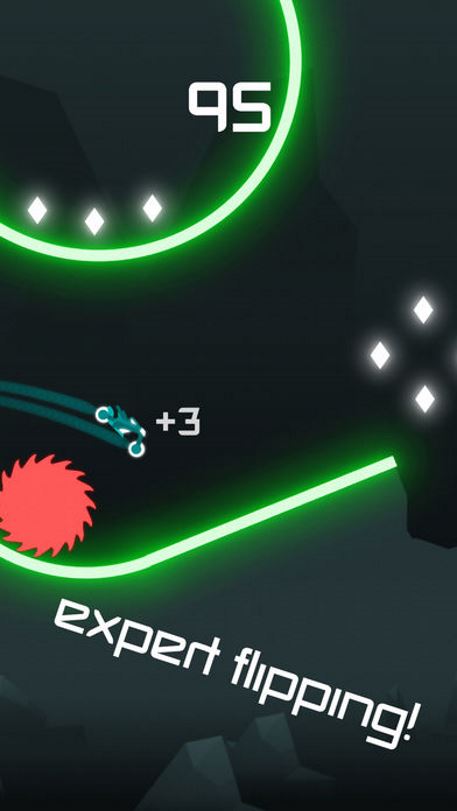 A total guilty pleasure. Casual gaming at its most addictive. I've been trying out a lot of Ketchapp's ad-supported, free-to-play minigames this year, because they're just so easy to grab and try. Some are way too hard, some are way too easy, some are way too derivative. But Rider is a slick side-scrolling bike game where a single press accelerates and flips your vehicle in the air as it zooms along a randomised neon landscape. It's simple enough that you can halfheartedly play it while watching the TV. It's precise enough that if you give it your full attention you can pull off some magnificent loops and twists. Ultimately it's a totally pointless high score chaser, but it looks awesome and I keep coming back to it whenever I'm bored. 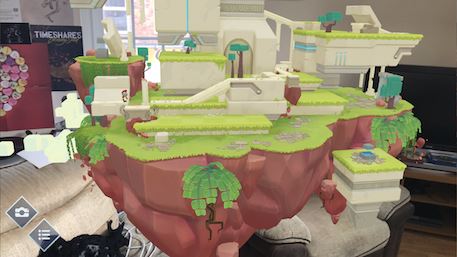 2017 was the year of AR, and one of the first and best Apple ARkit games was ARise. It's a stylish puzzle game that requires you to move the phone around in real space to see what paths open up. Fans of Monument Valley will get the perspective tricks straight away, but you'll have to get up off your couch and move your display around in the 3D area to fully understand the maps. It's not entirely perfect, and lacks some of Monument Valley's polish, but it's a wonderful way to demonstrate what's possible with AR gaming. 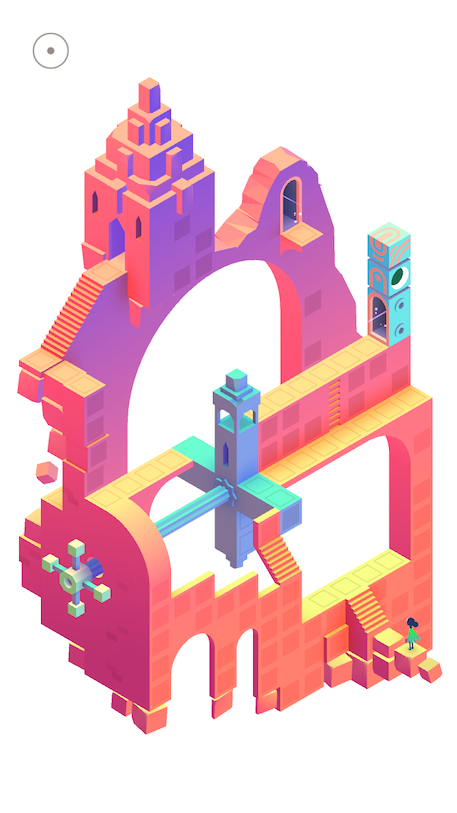 Speak of the devil… The sequel to one of the most popular iPhone games of all time came out suddenly this year. And it's everything I wanted. Monument Valley 2 maintains that same stylish, Escheresque aesthetic, with cute perspective puzzles and a calm "mindfulness" tone that's very distinctive. This time around there are new puzzle types as well as a mother-daughter story that makes it different from 2014's original. It's one of those rare experiences that actually makes you feel like you're getting cleverer as you play, and a worthy addition to any games collection. 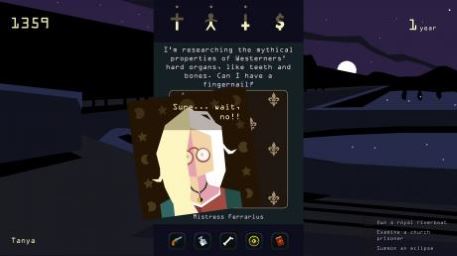 Another sequel, and another 2017 must-play. François Alliot's Reigns was a revelation when it came out in 2016. It's a simple card-based game where you swipe right or left to make decisions about a medieval kingdom you've inherited. It's like tinder for royalty. Balancing the church, the populace, the military, and the treasury is tricky and you'll die in a number of inventive ways due to poor decisions. This year, we got the sequel. Her Majesty casts you as queen instead of king, and along with trying to not die in the sewers you now also have to contend with everyday sexism like when to smile and what sort of dress you're expected to wear to a formal function. A sick sense of humour keeps it from getting too heavy. I love it.

Please drop a comment or two in the thread below if you (dis)agree with my selection. Meanwhile: merry Christmas and a happy New Year to mobile gamers everywhere!

Read more: the whole team has revealed their favourites! News editor Emily listed her top five yesterday. And our Harry was the day before that...

We want YOU to intern at Pocket Gamer