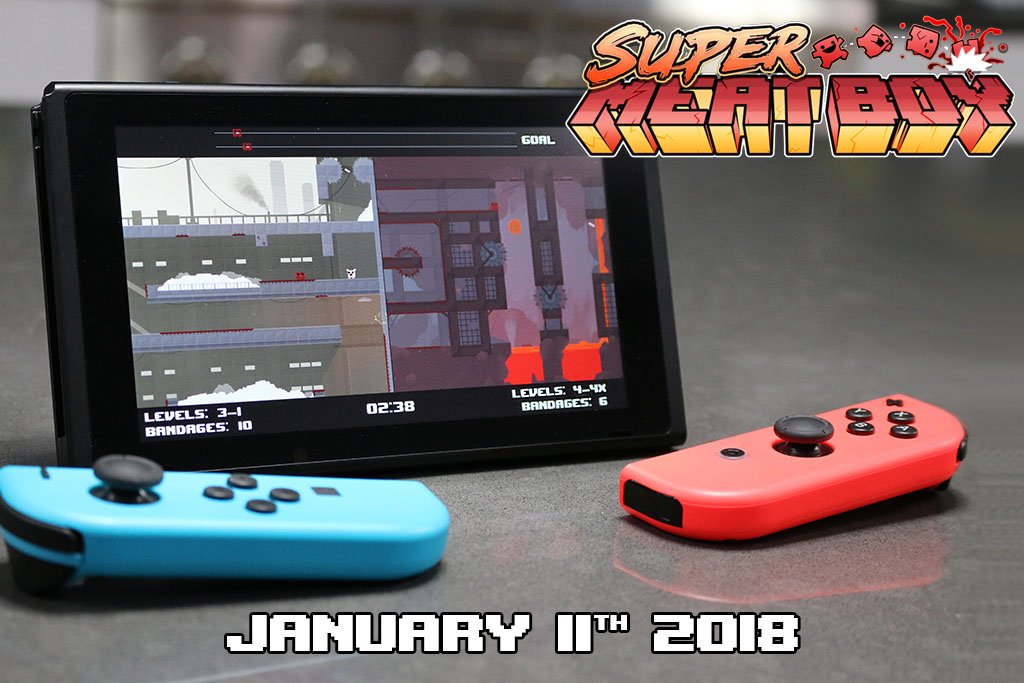 Along with a release date, the most notable addition looks to be a "race" mode that allows split-screen play on Switch.

First released in 2010, Super Meat Boy challenged you to guide its titular character (among other cameos and secret characters) through gauntlets of salt, lava, enemies, and saws. So many saws. And beneath all the tough bosses and hidden levels is a charming story of a brave hero saving his captured girlfriend.