It's been a long time coming but we've finally gotten a release date for World of Warships Blitz and it's coming pretty darn soon. 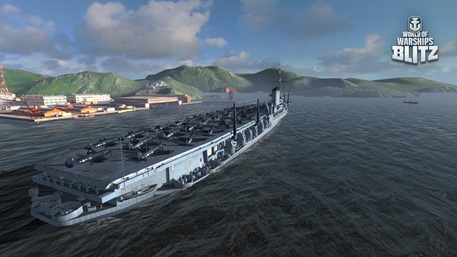 World of Warships Blitz is an MMO combat game based on the award-winning PC game of the same name. Offering up rich World War 2 naval strategy, players can battle each other from a huge roster of 90 legendary warships from Germany, USA, Japan, and the USSR.

You've got four classes to choose from, including agile destroyers and well-rounded cruisers, and will be pitted against other players in intense 7-v-7 matches. Whether you want to go against your enemies alone, team up with friends, work to unlock more ships, or just take part in single-player missions, the seas are your to command.

Currently in soft launch, World of Warships Blitz arrives on iOS and Android on January 18th and will be free to play.