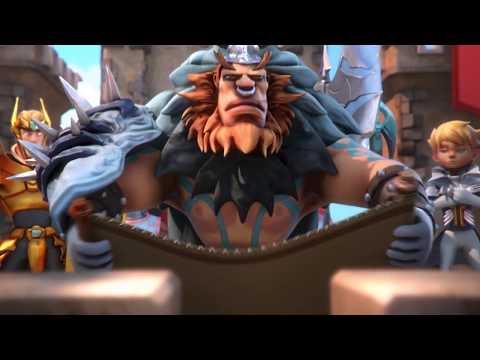 It’s been quite a year for the popular strategy MMO Lords Mobile. This rich fantasy adventure full of warring kingdoms and epic battles has kept its high rank on the global charts since it first launched way back in 2016. Lords Mobile has amassed over 90 million players during its life-span, and its Singapore-based developer IGG is making a strong case for the game being recognised as the NO. 1 strategy MMO on the App Store right now, having outperformed it's closest competitors for 4 consecutive months.

How does Lords Mobile keep the numbers growing, even months after launch? Developer IGG takes a different approach to building a playerbase for its games. Kevin Xu, COO of IGG, notes that the company prefers to keep a steady trickle of newcomers incoming rather than gathering a huge player-base at launch that drops off after a few months. Instead, Lords Mobile has been acquiring new players at a slow and steady rate.

What's more, new and veteran players alike can always look forward to new and exciting content, with the game's recent success comes after the release of Lords Mobile's Familiar Update. The update is the largest so far for the game since its launch and gives players a chance to capture the monsters they used to grind for gold and turn them into powerful familiars.

With these strong numbers and an active community, it’s a great time to give Lords Mobile a try if you haven’t already. You can find the game on iOS and Android.

Want more? Check out our 19 other Lords Mobile news stories!

How to prepare your clan for Fortress Siege in Lineage 2: Revolution