Welcome to the jungle

JUMANJI: The Mobile Game is a really interesting mash up of ideas. It's a board game, but it throws bits of Clash Royale and either mobile classics in to the mix.

So we thought we should probably put together some hints and tips for you so you can get the most out of the intriguing, jungle based adventure.

Know how to win

There are three ways to win in Jumanji. You either bankrupt your opponent in fights, create a monopoly on the board by having three buildings in the same section, or have the most gold in your coffers when the 12 turns have run out.

Depending on the character you're playing, it's a good idea to focus in on one of these and try and bash out a win. 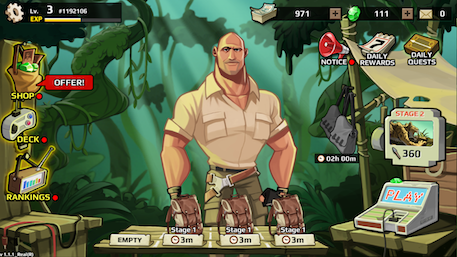 The more you upgrade your deck of cards, the stronger you'll become. The same goes for your chosen hero.

It's a good idea to pick one character and stick with them, building your deck and their attributes as you play. Especially if you don't want to spend any money on the IAPs that the game has to offer.

The cards in your hand let you use different skills. Knowing when to use these to your best advantage is key to victory. Don't throw them all out at the start, save some in reserve for later in the game.

They can really help you turn the tide if things aren't going your way. Knowing the strengths of your character is key to getting the most out of them too. 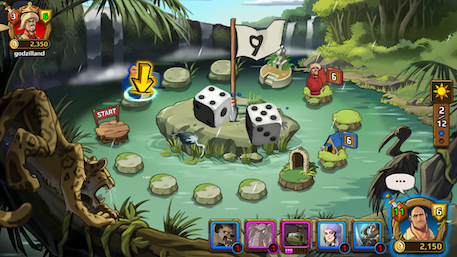 The game runs a night and day cycle. Some of your attributes will change depending on whether it's light or dark.

Knowing what the other characters can do at different times is really going to help you here, since you'll know whether or not you need to go on the offensive or try and minimise the risk to you and your properties.

Buy when you land

Even if you're not trying to go for a victory through monopoly, if you're the first to land on a square it's a good idea to buy it.

It opens up more chances for fights, and it also means you'll get more money when you pass the start square, so it'll fill up your reserves nicely and put you in a better chance to win whatever way you're trying to do it.