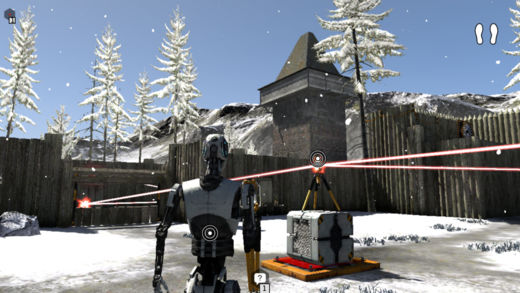 The Talos Principle is a first person puzzler in which you play as an AI, completing orders barked by its creator.

And that involves tapping and swiping to solve a bunch of puzzles themed around lasers, manipulating time, and other fun stuff like that.

At review, we gave it a Gold Award and described it as "A decent port of a fantastic game. It might not be perfect, but its problems are easy enough to look past".