Lord of The Rings: The Card Game is coming to Steam, and we want these LCGs on mobile

One card to rule them all

Asmodee has announced that it's bringing The Lord of the Ring: The Card Game to Steam.

Hopefully that means we might see the game coming out on mobile at some point. We don't have any details yet, but we will keep you posted.

If you don't know what an LCG is, it's sort of like a collectible card game, but there's less randomness. You buy a starter set, and you can play the game with that.

Expansion packs add more cards to the game, but you always know what you're going to get, unlike in a booster pack for a CCG.

A Game of Thrones: The Card Game 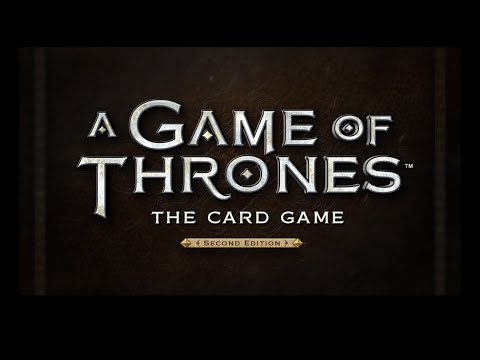 This one lets you take control of one of eight different factions from Westeros. It supports two to six players as you battle it out for control of the Iron Throne.

While there have been some okay-ish Game of Thrones games, none have them have really captured the wheeling, dealing, and grim violence of George RR Martin's series.

This card game manages to do that in spades though. There's a huge amount of strategy here, as you try and position your house to rule. And try and make sure the white walkers don't murder you and everyone you love.

There's always space (get it) for more Star Wars games in my life. This one sees two players facing each other.
One as the light side of the force, and one as the dark side. It's full of iconic characters from Star Wars canon too.

You need to launch assaults against your opponent, as well as conducting battles with a more personal touch. And you get to play as Han Solo, which most of us have wanted to do at some point in our lives.

Pick an army from the roster of Games Workshop's grim dark future, and head out against an opponent to try and take control of the Traxis sector.

You've got a warlord at the head of your forces, but if they die, it's game over.

Like card games? Check out our list of the best ones you can get right now on mobile then.

Want more? Check out our growing collection of Lord of the Rings: Living Card Game articles!