The Sexy Brutale has rave reviews on Steam and there was a surge of excitement surrounding the Switch's release, but the experience is a bit mixed overall.

Though it's endearing and utterly brilliant in some regards, it's also lived up to Tequila Works' current game-porting reputation, and that's not a good thing.

When the clock strikes twelve

You play as Lafcadio Boone 'The Sinful Preacher', as you regain consciousness in a mansion filled with soon-to-be-dead guests. A Bloody Girl rises from the floor and provides you with a mask and task to stop the guests from being murdered. 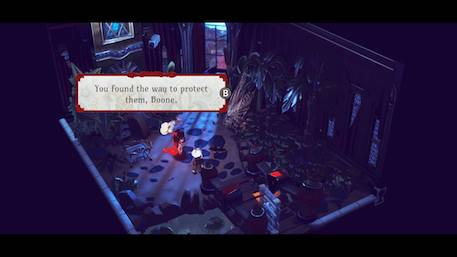 In the first few in-game hours you learn the basic mechanics, watch Reginald Sixpence get shot, and then slip back to 12PM that day to try to stop poor, ol' Reggie from biting the bullet.

The whole game is shaped around time management, watching after the guests, following the staff, listening to the little hints dropped, and ultimately saving the victims one by one.

Each time a guest is saved, they'll shed their masks and you'll gain an ability like excellent hearing or being able to see ghosts. The more abilities you get, the further you can progress through the mansion.

The whole murder-mystery element is certainly what makes the game shine from the start. Figuring out how to help the guests feels like a big ask, but eventually you get the hang of it and it's super satisfying to solve the puzzles.

Not only are the characters fascinating, the level design and detail makes it easy to get lost in the world. A bit like classic point-and-click puzzles, there are a lot of little details to pick up on that you may think are insignificant at the time.

Everyone you know will be dead

Unfortunately, this port is not a great one. It's good and playable, sure, but not great.

The glaring issue is its performance and frame rates. Though I managed to push through it all for the sake of the story, the loading times whenever you walked through a door rivalled classic PS1/PS2 games.

This did subside once you'd already been through an area, but as you've only got twelve in-game hours to do your thing, the frame rates get iffy again once your day restarts. 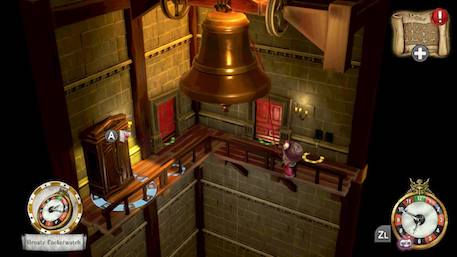 The sound also wasn't the best and I'm not entirely sure it was due to the port. There's a specific sound track depending on what area of the mansion you're in, however rather than fading between rooms the audio cuts noticeably. It's not a deal-breaker but it is rather sloppy.

Best crack out your watch

The Sexy Brutale is an immensely enjoyable game and it's easy to understand how it's received such high praise on other platforms.

Sadly, the Switch port isn't the best. It suffers from mild audio and major performance issues that a person with lesser patience would find it hard to get through, and that's a real shame.

The Sexy Brutale is an utterly brilliant murder-mystery game thwarted by its dreadful frame rates and loading time
By Emily Sowden
| Dec 12, 2017 |
Switch
Find out more about The Sexy Brutale