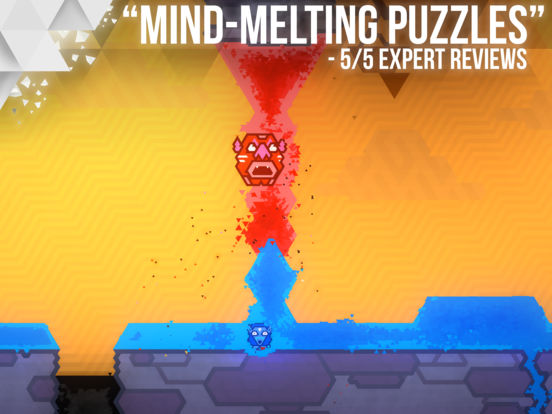 Kalimba is a smart little puzzle platformer in which you jump, slide, and fly your way through a bunch of levels.

Sounds easy? Well, what if we told you you had to control two characters at once? One on the bottom of the screen, and the other on the top?

At review, we gave it a Gold Award and described it as "A smart and slick platformer that just gets better the deeper you get into it".