One wrench to save the world

After years of development, the vibrant metroidvania Iconoclasts is released in early 2018, for PS Vita, Steam, and other consoles.

As the rebellious mechanic Robin, you must explore an alien world, to discover the secrets behind the tyrannical One Concern regime. As you travel between regions and fight back against the One Concern, you'll face over twenty challenging bosses with your pistol and wrench, and unlocking new abilities and equipment.

Combat and quick platforming will be your tactics to survive Iconoclasts' dangerous world, but outside of combat, a sprawling narrative and myriad characters await to find and meet during your quest to help others and fight back against One Concern. 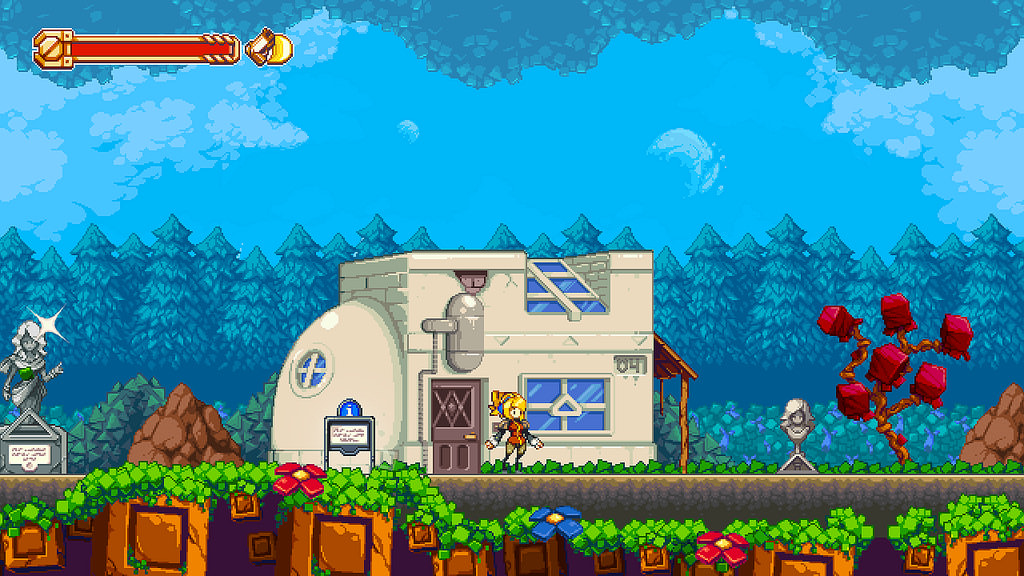 Iconoclasts will be releasing on PS Vita, Steam, and PS4 on January 23rd, with the possibility of other console releases after those, including a potential Switch version.