A beginner’s guide to Deliria

Become the ace of space

Malaysian developer Eldritch Games released its sci-fi sidescroller Deliria earlier this year. Set in the future, it depicts a universe of dimensional rifts, malevolent creatures and mysterious powers. You step into the anti-gravity shoes of an overseer ordered to establish a mining camp in another dimension. The hope is to harvest Delirium, a mineral of untold powers. But when you wake up, most of your crew is missing, the base isn’t built yet and there are monsters heading your way. So to give you the best chance of surviving Dimension LG7, here is a brief guide to Deliria.

Hold the left or right side of the screen to move in that direction. Build, upgrade, train and recruit by simply tapping and holding. Collect delirium with a single tap. Navigating an alien landscape doesn’t get much easier than that. 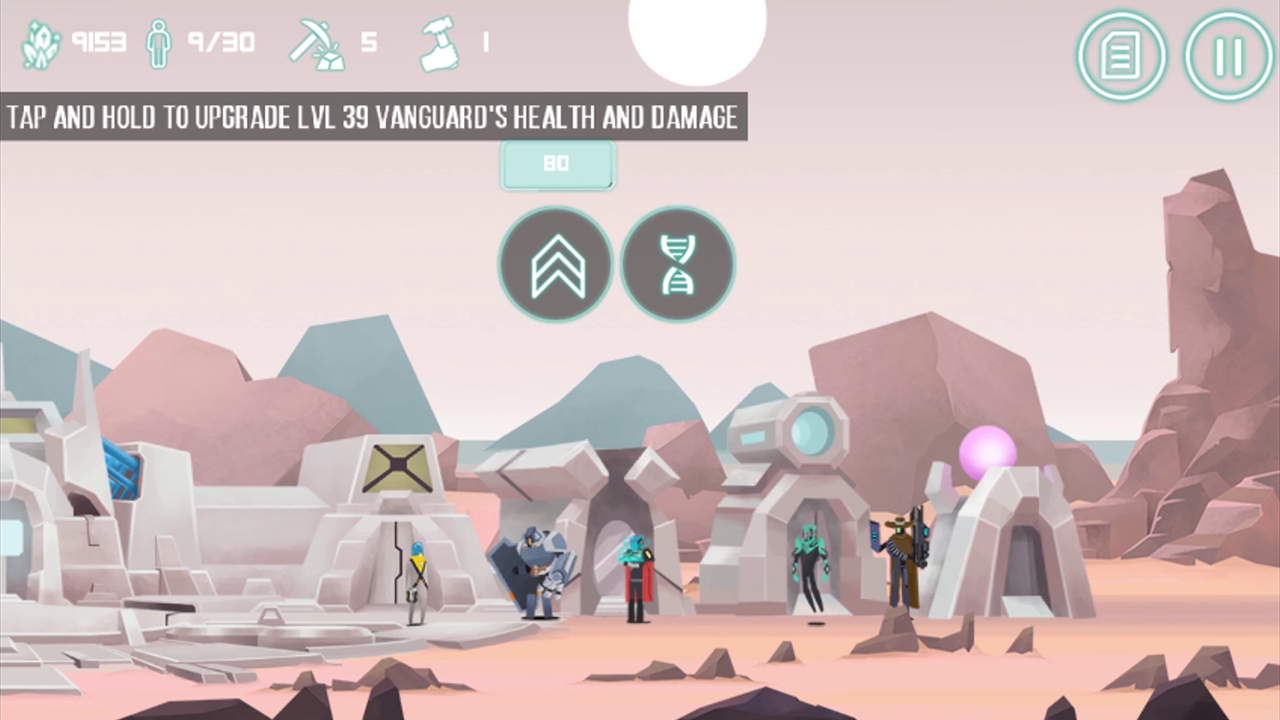 The main base is your command centre, and needs to be protected by multiple layers of defence. You can construct turret towers, mines and walls to keep the monsters at bay.
Upgrading the base means you can hire more personnel, as well as level up your defences.

Delirium mines are the only regular source of income, and you’ll have to pop back and forth to collect what they generate. They can be upgraded a maximum of five times, and each time according to the level of your main base. The higher the level of your mine, the more miners you can send in to extract that eerie alien mineral. I’ve heard it tastes a bit like Turkish delight and unbridled power.

You’re an overseer, so a big part of your job in Deliria is recruiting people to do the messy jobs so you don’t have to. All mercs, miners and engineers begin life as jumpsuits. Jumpsuits are the enthusiastic plebs you’ll mould into skilled officers. They don’t grow on trees, though – the only way to recruit more is to rescue them from crashed escape pods.

To fight against creatures from another dimension, you’ll need an army. There are different barracks you can build to turn jumpsuits into mercenaries. Vanguard barracks produce a Vanguard unit – a tank equipped with heavy armour and a shield. Arsenal barracks create an Arsenal unit – a long-range attacker wielding heavy guns and artillery. Neuromancer barracks turn out a Neuromancer unit – a psychic soldier who uses powers of the mind to damage or control enemies. Each type of barracks transforms into an upgrade centre after use.

Away from the battlefront, you’ll need workers to maintain your base. Building miner’s quarters allows you to train miners to send down the pit. Likewise, engineer’s quarters provide you with trained engineers.

Data logs are scattered all over the landscape, and provide a bit more context to Deliria’s story. Collect all 100 and you’ll understand what happened to the previous crew on Dimension LG7 - and what’s happening to yours. Also keep an eye out for supply crates, which contain extra delirium.

When you defeat an enemy, you’ll occasionally be rewarded with a dropped Skill Mod - concentrated delirium that can be used to imbue your mercenaries with additional skills. 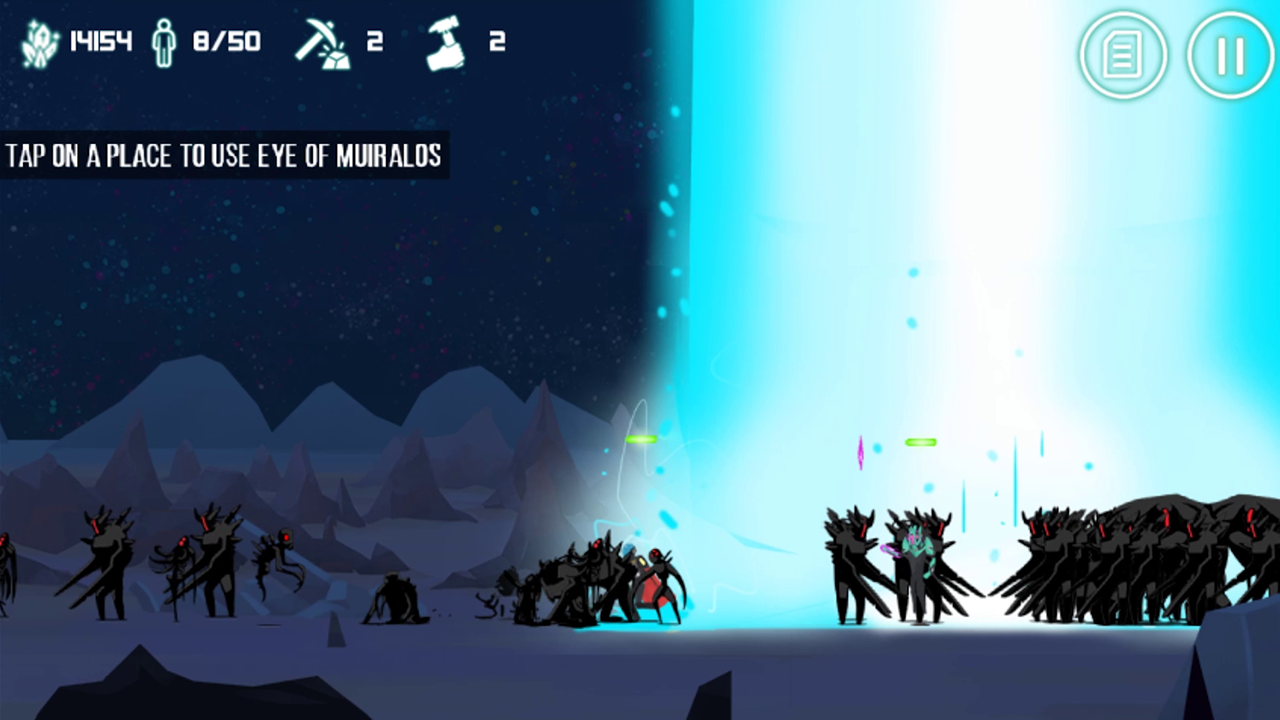 Even though you leave the plasma gunning to your mercs, you can harness the power of otherworldly artefacts in order to better survive. They can be discovered through the data logs you collect, and retrieved by touching the four mysterious obelisks in the correct order.

There are five artefacts to unlock in Deliria. Heart of Muiralos allows you to resurrect yourself to avoid a game over, whilst Tongue of Sho’goth gives you the power to summon a damaging snake-like pit of fire. Tendrils of F’Tagar lets you tie enemies down for a limited time, and Shell of Tana grants the ability to generate a protective shield around the overseer. Finally, Hand of Myreseger gives you the power to increase the damage of all units for a short period of time.

If the onslaught of enemies is simply proving too much then there's one more ace up your sleave which can turn the tide. The Eye of Muiralos calls down a particle beam straight to the planet's surface, anhilating any enemies in its path. This power is activated once the right data logs have been read, and when 4 of the obelisks are touched in order. 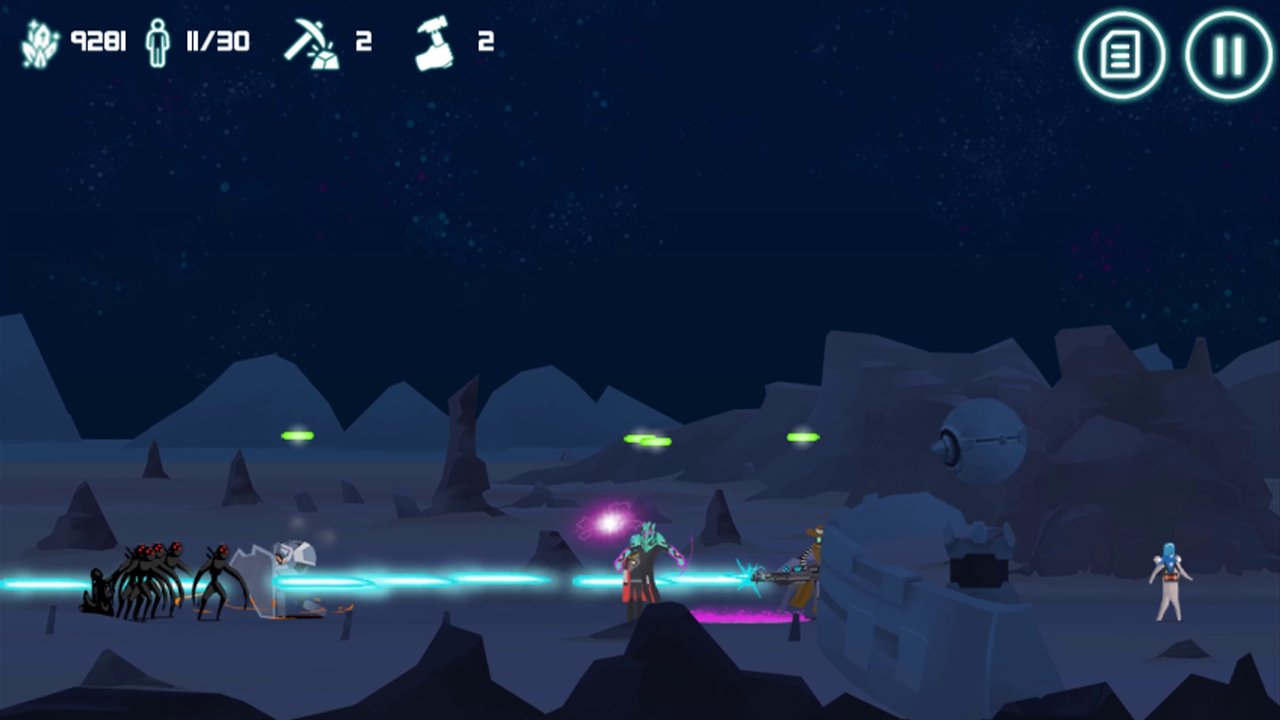 Obscures are the monsters that besiege your base at nightly intervals. They come in all shapes and sizes – there are the aptly named Tentacles, Floaters, Spikes, Wallbreakers and Blades.

Now you’re equipped with the intergalactic knowledge to withstand attack on Dimension LG7, I hope you’ll honour your duty to El Corp.

Download Deliria from Google Play or the App Store, build a base and defend it from aliens.