App Army Assemble: Shadow Fight 3 - Has the transition to 3D been positive?

No, you're not fighting three shadows

Shadow Fight 3 is the latest entry in arguably mobile's biggest fighting franchise. The biggest change is a move to 3D over 2D visuals, and it looks absolutely gorgeous.

You can also create a fully customisable character and equip them with new weapons, armour, and special abilities to duff your opponents up with.

At review, we gave it a Silver Award and described it as "A slick and violent brawler that pulls a few punches but is still well worth a look".

Sadly, that's all the positives I have to say, because it's really buggy. I couldn't play the tutorial, and the story chapter I started on was way too difficult.

The controls are smooth but when I opted for infinite training the back button disappeared from my screen. I think that's down to the interface on my iPad Pro - it didn't fit very well. 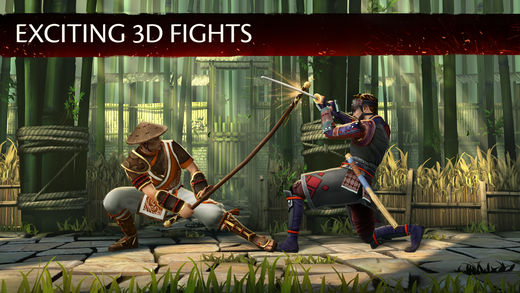 The rewards aren't great either. The first duel reward chest was free but then it takes 4 hours to open the next with the equip gain as usual being at the mercy of Lady Luck. Unless you put in some premium currency.

This only affects PvP though, so it's not that critical. I've managed to beat players with higher score than mine which means that player skill does count too.

Technically, Shadow Fight 3 is a marvel. It’s fast and the graphics are great. It also feels a little different depending on whether you go with martial arts or weapons, which is impressive.

Skill plays an important part, which is great. You can't just button mash and have to be very precise. It's really satisfying.

The one downside is that the rewards are way more generous in single player than PvP. Overall, it's a great evolution of the franchise and I'm looking forward to playing more of it.

I didn't have high hopes going in, as I prefer physical controls for fighters, but I was pleasantly surprised. It's quite simple to pick up and it all works relatively well on a touch screen.

Being able to level up your character and add new equipment to fight new and challenging foes is a quirk that you don't experience in many of these type of games. 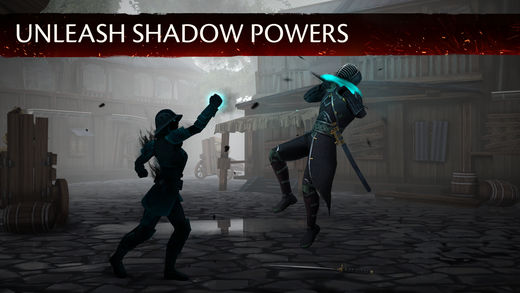 This game is like many fighting games on mobile. You swipe and tap to make a combo of attacks, using hits, kicks, and weapons. You also have special abilities and attacks that require a certain amount of time to recharge, but there was no obvious indication of how long they take to recharge.

I like the simple visuals. They appeal to my artistic side, making it a good game to look at while I’m playing. The story is also mildly interesting but no more compelling than any other fighting game.

Really what it comes down to is that the gameplay and mechanics are as plain (though not unappealing) as the visuals. This is a game that I’d probably want to download and give a proper chance.

Overall, this isn't a bad game. There's nothing new or unique that set itself apart from many of the other fighters on the market though.

The controls are what you would expect, moving certain directions and tapping the appropriate button. I felt the controls were decent. I was able to pull off some cool moves fairly easily.

The character graphics are pretty good and nicely detailed and the animations are great, although I did see glitches occasionally. The game has a pretty good character/weapon upgrade system and you can learn some cool special moves.

In summary, this is a fun game and one that I plan on playing further to see what new moves and weapons I can unlock. Just don't play it thinking that you are going to see some new breakthrough in this genre of games. 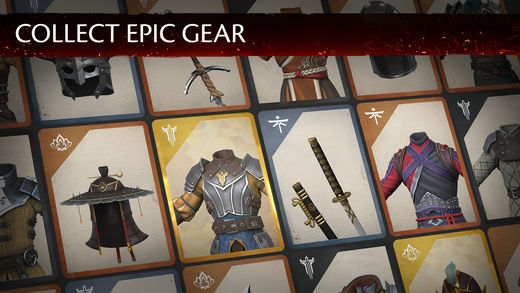 This is a reasonably good fighting game. I fell foul to a few bugs but it was in TestFlight, and apart from that I found the gameplay enjoyable. The graphics were sharp, the controls were easy to master, and the cut scenes were exceptional.

Of course, there were the usual IAPs to help you move along quicker, which definitely had me contemplating the delete button. If it had been the first fighting game to be put out there it would have my admiration, but unfortunately it’s all been done before and I wanted to see something that really stood out from the usual crowd and I’m afraid I didn't.

Blob makes his big return in Give It Up! 3