Shadow Fight 3 tips and tricks - Tips for winning the fight

With our guide you won't lose a single battle!

Shadow Fight 3 is finally on iOS and Android, and it’s the mobile fighter we’ve been waiting for; it looks good, plays good, and we love using weapons to smash some skulls.

With our tips you’ll quickly learn how to dodge your enemy’s moves and slap them with a few of your own.

So get ready to gear up and grease up those blades, it’s time for a shadow fight… 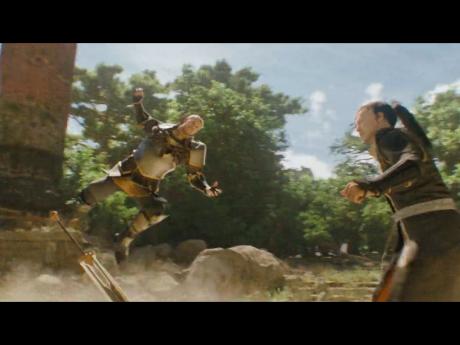 Just swinging your weapons won’t help much in Shadow Fight 3, you need to be smarter than that - in fact, let your opponent do the swinging, then counter them.

Every weapon has a set combo, which will usually be two or three hits, followed by a lull in the combat - this is the moment where you should strike.

CPU opponents, particularly bosses, can be more complicated, but standing still and blocking against their hits a few times should give you a good idea of when to start swinging. 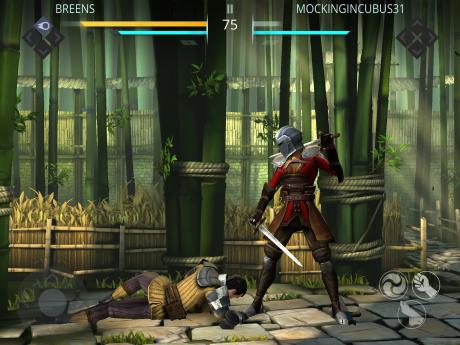 The distance between you and your opponent can make a huge difference here, and as such, sometimes you’ll want to close in, or get away fast. Rolling is good for both.

Rolling forwards or backwards can be performed by sliding your movement slider diagonally down forward, or down back.

Rolling back is great for evading attacks, while rolling forward is far more likely to get you caught in an opponent’s move, so should be used more sparingly. 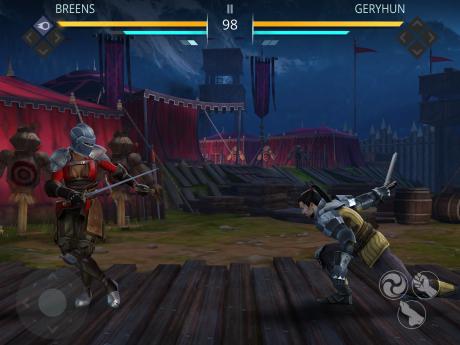 Instead of rolling towards your opponent, an aerial attack might be the best method of closing in.

Sliding up forward on the movement slider will jump towards your opponent, and you can mix that with an attack button to send out a hitbox. This will, hopefully, break through your opponent’s defences.

Although, dashing forward, by quickly sliding the movement slider forward and letting go, is faster than both rolling and jumping. Slightly less risky, but also less rewarding. 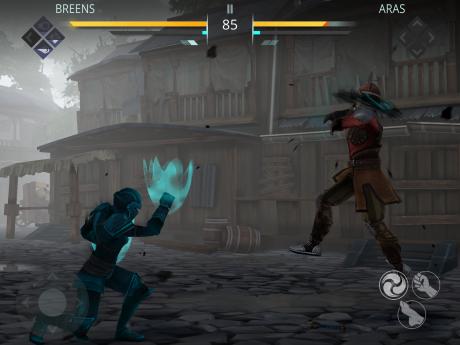 Of course, this is Shadow Fight 3, so the name would be a bit confusing without some shadowy abilities to take advantage of.

When your meter below your health fills, you can use the shadow special button to activate shadow mode, and then unleash special abilities by pressing it again, and sliding in a direction, up, down, left or right, depending on where your abilities are mapped to.

There are a bunch of different moves, which can hit your enemy from a distance, have you charge forward, or will only hit up close. Get used to which moves are best, and remember to try and use them in every round; they’re super useful! 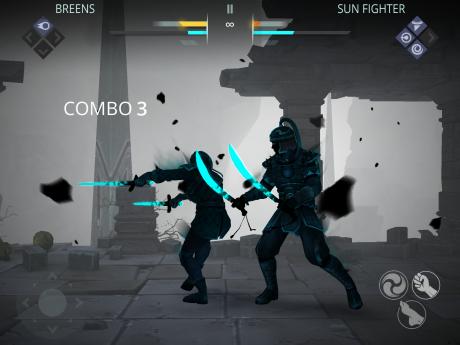 Spend your coins on new cards when you can, and always redeem to free cards when they’re available too. Duplicates will upgrade your existing cards, and new ones have the chance of being better than what you have equipped already.

You can also equip abilities to pieces of gear, making you that much more fearsome in battle. 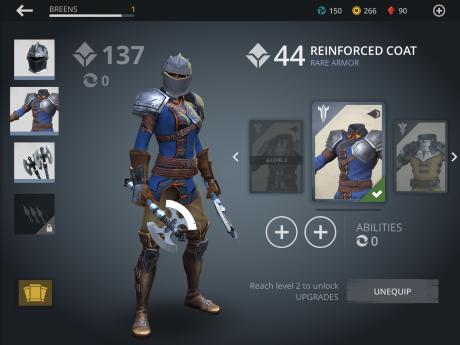