Rime Switch review - There are problems here, but are they enough to put players off?

For a game that leans so heavily on its visuals in order to tell its story, Rime for the Switch needed to be a real beauty. And when playing docked, Rime really does look the part, with the colours bursting from the screen.

However, when playing in handheld mode, the visuals take a dive. Suddenly the crisp HD features appear to have been smeared with Vaseline and the framerate stutters like it's nervous.

While this doesn't detract too much from what is a smart and stylish game of exploration, it does niggle.

Rime of the ancient

Another slight issue when playing handheld is the scope of the landscapes. When moving the unnamed avatar of the game the camera sways and swings, zooming in and out for dramatic effect.

This effect proves a little frustrating at times as the camera pans out and leaves you squinting to find what you're looking for. 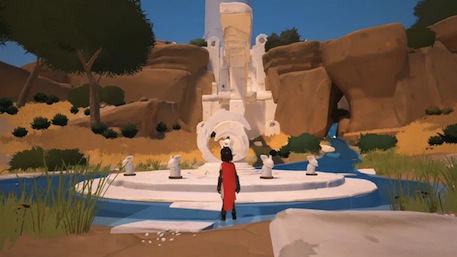 The game itself is a joy to play and the soundtrack - accompanied by expressions, both audible and visual - really boosts the message the game is trying to send to the player.

Ultimately the goal here is exploration, and while the game does guide you along its narrative path, Rime does allow you to wander off of the beaten track when attempting to solve puzzles and find collectibles.

Because that's what Rime essentially is - a game of environmental puzzles that require the player to think laterally and abstractly. While some puzzles are genuinely taxing, most don't require you to think too far outside the box.

Other than a layer of extra incentives for the completist players and a general sense of accomplishment, the collectibles don't add much to the experience. Though those who do explore will be rewarded with some lovely moments as the game ends. 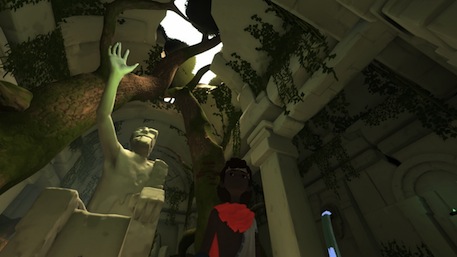 Your journey through the world of Rime will take you to exotic locations that push the Switch and your emotions. And all the while you're slowly piecing together a vague but truly touching story of grief and loss.

This is a slow paced game of patience - the moments of joy are drip fed slowly, making them all the more worthwhile.

Bug eyed robots teeter on powerful cyborg-like legs, and killer bird creatures chase you with a hungry urgency. And you can't help but smile.

Rime is a delight to experience. It pulls on the player's heartstrings and offers an otherworldly shot of imagination, and that makes it stand out in the Switch's current line-up.

It might have its issues when you're playing it handheld, but Rime is still a real joy to experience on Switch
By Dan Lipscombe
| Nov 21, 2017 |
Switch
Find out more about Rime