As I'm sure you're already aware, MINECON Earth took place over the weekend and there are a few things to take note of.

Firstly, the Update Aquatic will give your oceans a little makeover to make them more interesting. Features like coral, kelp, and all sorts of marine life - including dolphins - will be included. You'll also be able to explore shipwrecks, enjoy new water physics, and get your hands of a neat, new weapon: the trident.

The trident will be more than just a wet piece of metal. No, as well as throwing it at enemies and using it in close quarters, there are a few new enchantments to go with it: Impaler, Loyalty, and Slipstream Dash. We're not exactly sure when this update will hit out but we'll keep you updated.

In terms of the Nintendo Switch's Super Duper Graphics Pack, it's been formally announced that the pack will be releasing next year rather than in 2017. According to the official site's blog post, there's still a lot to do so the team are giving it some breathing space to make it the best it can be.

Switch-users will also have to wait until next year to get their hands on the cross-platform version of Minecraft. This is again down to the finer details and tuning the game to be at its best. 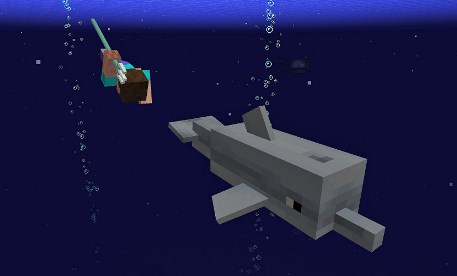 An Adventure Time mash-up pack is on its way to Minecraft: Pocket Edition/Windows 10