Set to reward all hardcore platforming fans that are willing to master its quirks, OCMO is the debut mobile title from the aptly named Team Ocmo. Having already enjoyed great success following a limited release in Finland, players worldwide can now download OCMO from the App Store today.

Placing you in the role of an otherworldly black octopus with a knack and passion for ninja swinging, OCMO aims to be every speedrunner’s healthy obsession with an emphasis on being tough but fair. Thankfully in the vein of other hard-as-nails platformers, respawning is instant, letting players maintain their concentrated state of mind when diving into another attempt right away. 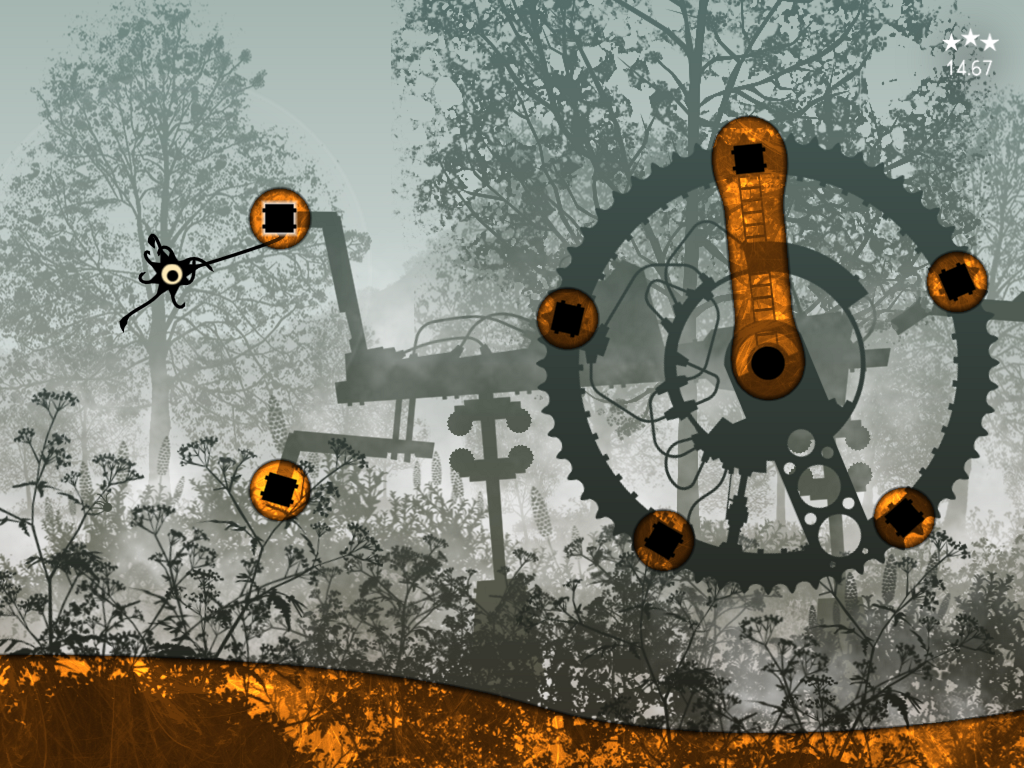 OCMO features 80 dedicated levels to master, all jam-packed with dangers to dodge and hazards to overcome. The game will take time and dedication to learn, but the act of swinging skilfully is hoped by Team Ocmo to be infinitely rewarding. And if personal victories aren’t enough, there’s a tasty bunny at the end of each stage just waiting for you to chow down on.

Tap, touch, pull, and release as you travel through mystical worlds and locales in an effort to fulfil the hunger of your monstrous manifestation. Through intuitive touch controls and in-depth gameplay mechanics, you’ll soon master the creature’s various tentacles, using momentum to swing your way to glory quicker, and sharper every time.

Live on the edge and prove your platforming prowess. OCMO is available to download now for iOS devices.