Bladebound is a hack and slash RPG that just launched on Android. You'll battle hordes of bad guys using thousands of possible combinations of attack moves.

There are elements to master, equipment to fuse, and dungeons to loot. If you like games like Diablo or Dungeon Hunter, you'll probably enjoy this.

At review, we gave it a score of six and said "Bladebound is a deeply familiar yet highly approachable action RPG with virtually no distinguishing features".

We asked the App Army for a second opinion, and here's what they had to say.

Yet another free to play dungeon crawler, packed with timers and multiple currencies, linear progression along a path of never ending mini levels, and lots of annoying ads asking you to spend money at every opportunity.

It’s a real shame as the game is quite slick and plays well. The controls are easy and there plenty of skills to use and loot to find. Plus, it looks pretty too. 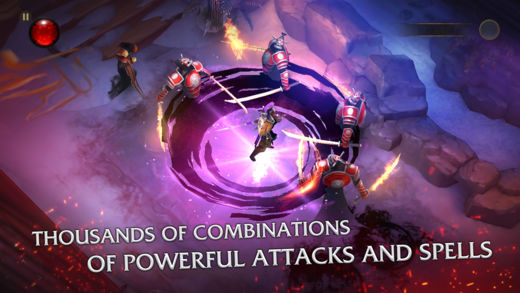 I guess just making a single player dungeon crawler in the vein of Diablo 3 is just too much to ask these days. So for me, this game will be deleted and forgotten about as soon as I post this. Shame really, as it could have been good.

I like Diablo-style dungeon crawlers but there really isn't anything new here. It's just another free to play money grab. Sure it was fun at the start but the pain of timers and spending requests soon got to me.

You have to buy gems to get a chance in the lottery for good equipment, make friends to earn gems, and perform daily challenges. It just became more of a job than a game.

I'll keep playing to see if it stays along these lines. Most of the time when I play this sort of game I have a lot of fun for a few days, but after a while it becomes drudgery. There are the makings of a good premium game here yet it's the same old dog and pony show.

The controls are intuitive, and the tutorial helps new players pick it up quickly. I also think the Graphics are decent, and the variation in elemental effects for skills and armor adds to the visual appeal.

I found the pop ups at every screen requesting you make a purchase annoying after a while, and like the others said, there isn't much to differentiate it from similar games. 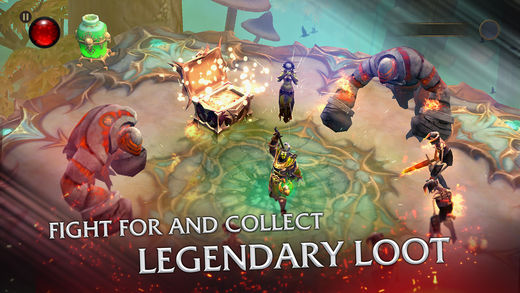 Running out of energy is a pain and that happens really quickly as levels are easy to pass.

Overall, it's a good game and will keep me entertained for a while - at least till the grind gets too much. I hope to see more interesting additions to the game

I really wanted to enjoy Bladebound. The graphics are well done, the controls excellent for mobile, and most importantly it’s fun to play.

The story is told through a cutscene with a Channing Tatum-like warrior (which I hope for the developer’s sake his lawyers don’t see), valiantly defending the land from all manner of nasties. Later story sections are told via dialogue boxes involving a forgotten hero rising up to vanquish the evil controlling the world with the help of a benevolent spirit guide.

I tried to maintain my enjoyment as the dark clouds of an IAP paywall gradually circled and drew near, but at level 10 they washed over me and obscured what little fun remained.

Bladebound has six elemental damage types and five equipment slots that utilise them. That's 30 items to cover everything, without including crafting items you collect. Your max inventory space is 25 and there’s no way to increase it without paying. When I realised this I put the game down and removed it from my device. 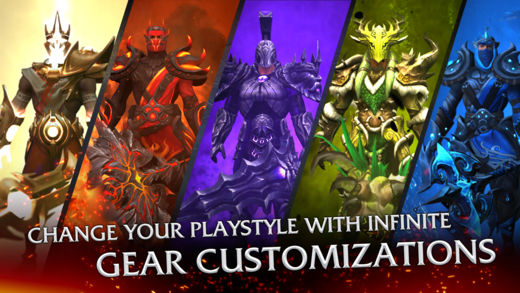 There’s a good game in Bladebound somewhere, but it’s hidden behind a hideous IAP paywall.

This game sums up everything that's wrong with mobile gaming. It's filled with IAPs that force you to pay to progress, hideous virtual controls that cause constant incorrect actions, and the same old gameplay we've seen many many times before.

The only real goal seems to be to squeeze as much money out of gamers as possible. I hope in the future we'll look back at this horrible cash grab conveyor belt of mediocre games and laugh. Right now it just makes me sick that new gamers are fed this kind of rubbish as the norm.

Bladebound is a bright and dynamic 3D action game with RPG elements. When the last of the bladebound hit the portal, the world was lost in total darkness, and evil ruled the universe. Centuries later, your hero appears to restore the legacy of the Order and destroy the evil.

You manage your hero and conduct battles using swipe controls, which are so much more fun than classic buttons.

There's a huge world full of soaring islands to visit, and various items, weapons, and armor to collect to improve the characteristics of your hero. 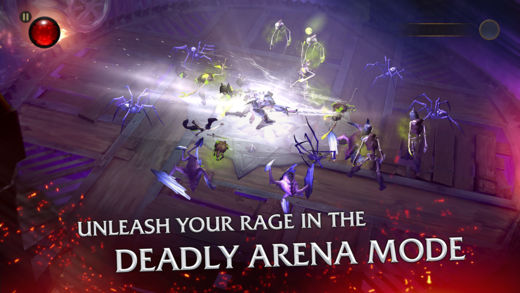 I’ll give it to the devs, the game looks great. It runs really smoothly and it’s quite fast paced, but it feels like many other games out there.

It's another free to play game where progression is based on the size of your wallet, not your actual skill. Everything feels a bit samey and there's nothing major that makes it stand out as a good game.

Bladebound is very good looking, but it’s also basically a clone of countless other hack and slash games like Dungeon Hunter. That isn’t necessarily a bad thing, but it doesn’t bring anything new to the table.

The gameplay is passable, though on my iPhone 7 the buttons were a bit small. That’s not a huge complaint but once or twice I found my thumb missing the special powers button. That’s not a dealbreaker if the game is good enough, but it’s a distraction.

Overall, from my short play, it’s worth investing more time in, to see what they do with it. There is so much that can be done that I’d be disappointed to see a good looking, promising game end up being indistinguishable from every other hack and slash fest.

So I can recommend it if you can’t get enough of these. It does stand out on graphics, but it’s still in the same class as many others. 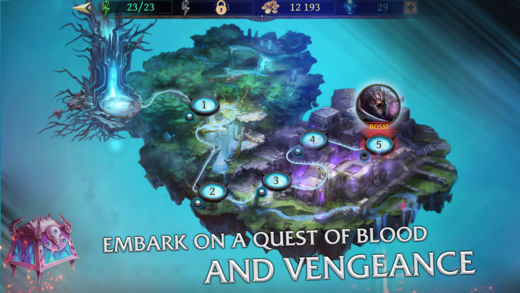 This looked like it had real potential. The graphics are good, the music fits well, and the controls are easy to master.

There’s nothing new here though. It has the usual weapons and armour upgrades and a strange lottery wheel that requires a huge amount of money to spin.

I whipped through the first few levels enjoying myself until I reached the IAP barrier and couldn’t proceed without paying. It’s a shame because I think it had potential and the need to pay came too early.