Lineage 2: Revolution's set to launch with some comic flair with the help of US talk show host Conan O’Brien

Conan the presenter, not the destroyer

He’s tried his luck besting the boss rush madness of Cuphead, trawled the sandy dunes of Assassin’s Creed Origins, and even hunted some orc in Shadow of War, but mobile publisher Netmarble is hoping that late night host Conan O’Brien will be anything but clueless as a new online promotional campaign celebrates the release of Lineage 2: Revolution.

Previously teased during last month’s Twitchcon, Conan is helping to promote the highly-anticipated Lineage 2: Revolution ahead of its launch this Wednesday. Conan’s no stranger to the world of gaming, regularly attracting laughs with his “Clueless Gamer” segment on his talk show. And now the CBS celebrity is set to feature in a two-part online video series, depicting how the long awaited MMORPG helps him wind down after a hard night’s hosting. 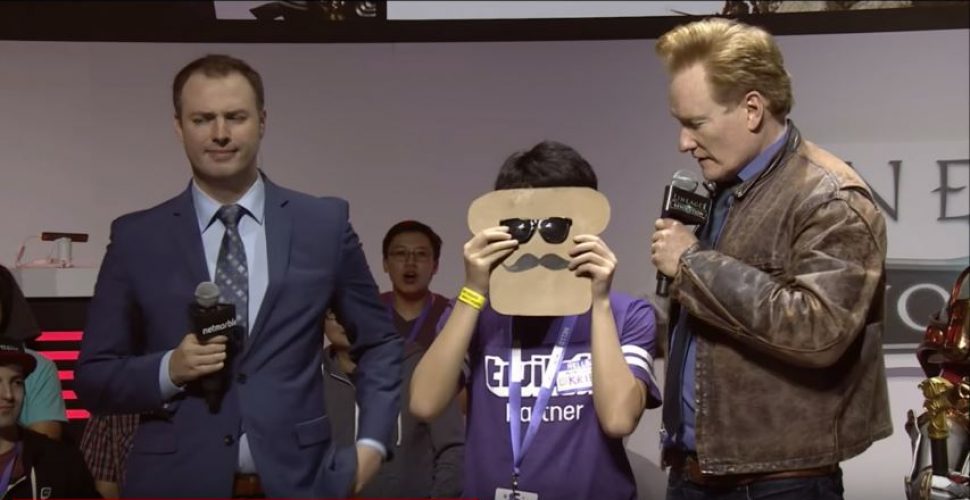 The two-part video series suggests Conan O’Brien is just as keen, with a bonus ‘behind-the-scenes’ video interview featuring himself awaiting anyone who downloads Lineage 2: Revolution at launch as part of the campaign.

Those hoping to gain exclusive rewards in-game will need to be quick, as pre-registration closes today. Thankfully Conan O’Brien’s done a great job at reminding us so far. Lineage 2: Revolution will be free to download from the Google Play and App stores from tomorrow.

Talisman: Digital Edition is now being published by Asmodee, and a new update is coming