By Jon Mundy
| Nov 10, 2017
iOS
|
Bladebound
Get Bladebound on...
Find out more about Bladebound
Available on: iOS

Bladebound is the sort of action RPG we've seen plenty of times before on mobile.

Upon booting it up for the first time, I was instantly reminded of Gameloft's Dungeon Hunter, which is hardly the freshest franchise on the App Store itself.

Still, if you have a very specific urge to bash hundreds of spiders and skeleton archers with pointy sticks, it's one of the most readily accessible ways to do so right now.

Hanks but no Hanks

I have to admit that my eyes glazed over during Bladebound's opening cutscene. All three times I tried to watch it.

I recall that there was an angry man who looked like a buff hipster Tom Hanks, some zappy lights, and quite possibly a big old fight. Don't quote me on that. 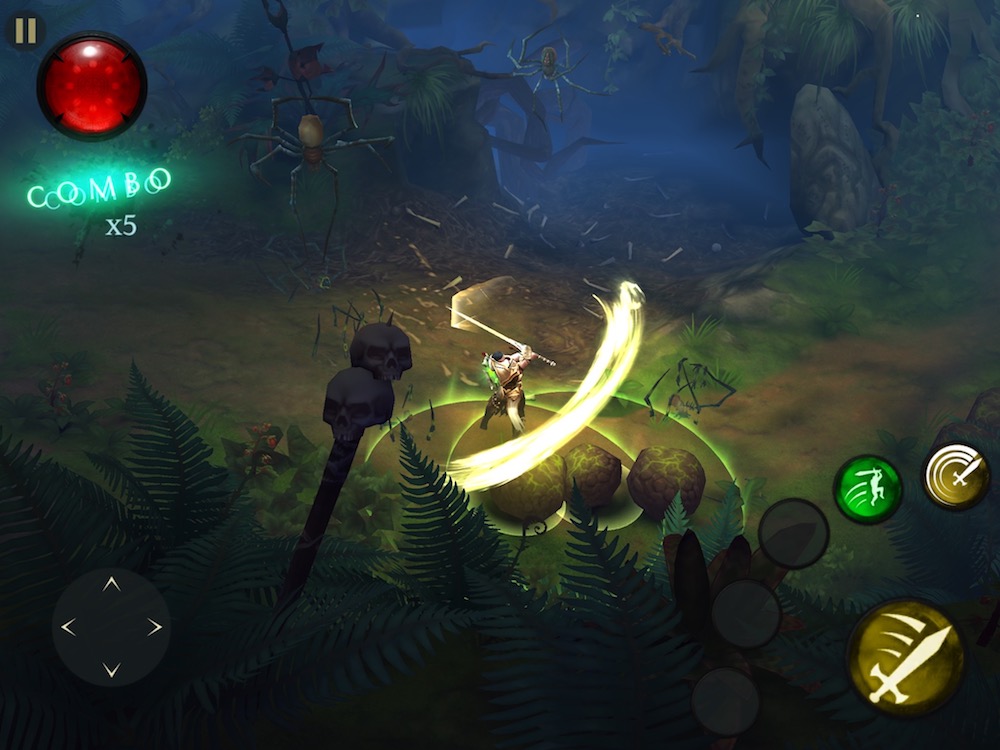 All that really matters is that grizzly Hanks now has a spirit living inside him, telling him what to do and supplementing his considerable physical prowess with magical attacks.

Stepping into his shoes - or rather floating above him like some kind of voyeuristic moth - you must use these attributes to carve your way through a set of linear fantasy-themed levels.

Can you hack it?

It really is very easy indeed to play Bladebound. Perhaps too easy. You have a virtual joystick with which to move around, but when the swords start swinging it becomes nigh-on defunct.

Hammering the main attack button will cause our hero to dash forward a surprising distance, automatically honing in on an enemy with unerring precision. 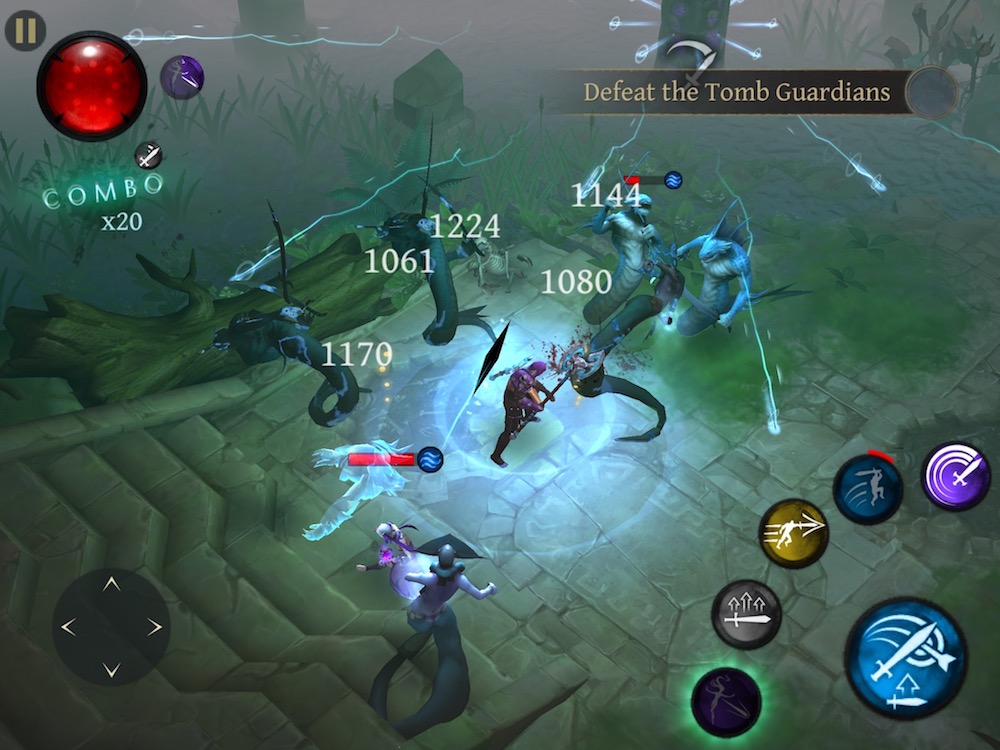 If there are a dozen or more enemies dispersed across each mini-arena encounter - which there often are - you could literally take your left thumb off the joystick and simply button mash your way through the hordes.

Variation comes with a bunch of special attacks that become available depending on your weapon and armour setup, but these refresh at a swift rate and simply hasten the slaughter.

Of course, this is a freemium game, so the easy times don't last. Bladebound is a cake walk right up until the boss on level two, some 20 or so levels in. It was here that I died (twice) for the first time, prompting me to pay some of the game's premium currency to revive.

Enemies are noticeably tougher from world three, prompting you to make better use of the game's elemental and crafting systems.

There's a familiar elemental cycle attached to Bladebound's weapons and armour. Each is strong against one type, weak against another, and neutral against the rest. 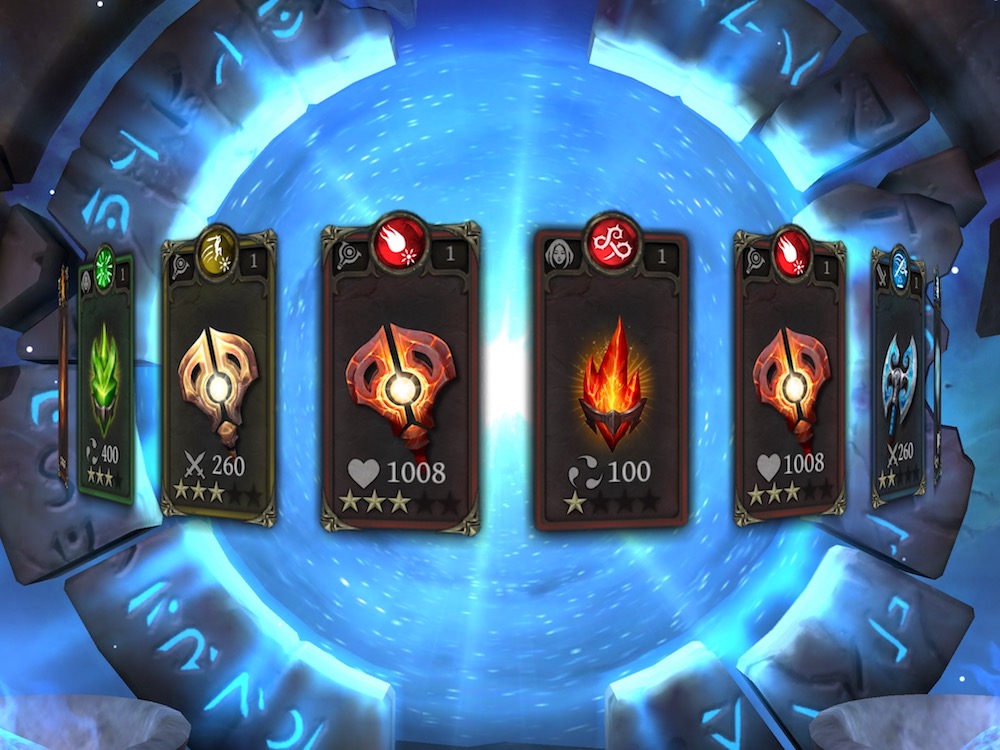 I can't remember which is which exactly, because you don't really need to know. Just hit the auto-equip button ahead of each round, and the game will select the most potent set-up for the enemies ahead.

There's also a crafting system that allows you to enhance the items of equipment you find in loot drops and the game's random roll generation. Essentially, you use unused weapons and armour, as well as specific boost trinkets, to bolster your stronger items.

All of these systems are perfectly fine, if not nearly as deep or meaningful as they initially seem.

It's that simplistic action, and the game's brutally linear and repetitive (if mercifully brief) levels that have me questioning Bladebound's long term value.

Foolball review - A medieval sport full of hilarity and violence

Build your own hero in the open-world adventure game Pooka: Magic and Mischief, coming to iOS and Android November 20th