Kickstarted in 2014, Battle Chef Brigade is a hybrid of combo-heavy combat and puzzle-based cooking, as you attempt to impress judges throughout the Brigade's famed chef tournament.

Choosing between two playable characters, you must enter the arena and face the world's most dangerous monsters in fast-paced melee combat, using various weapons and combos to survive and collect their meat, among other ingredients. 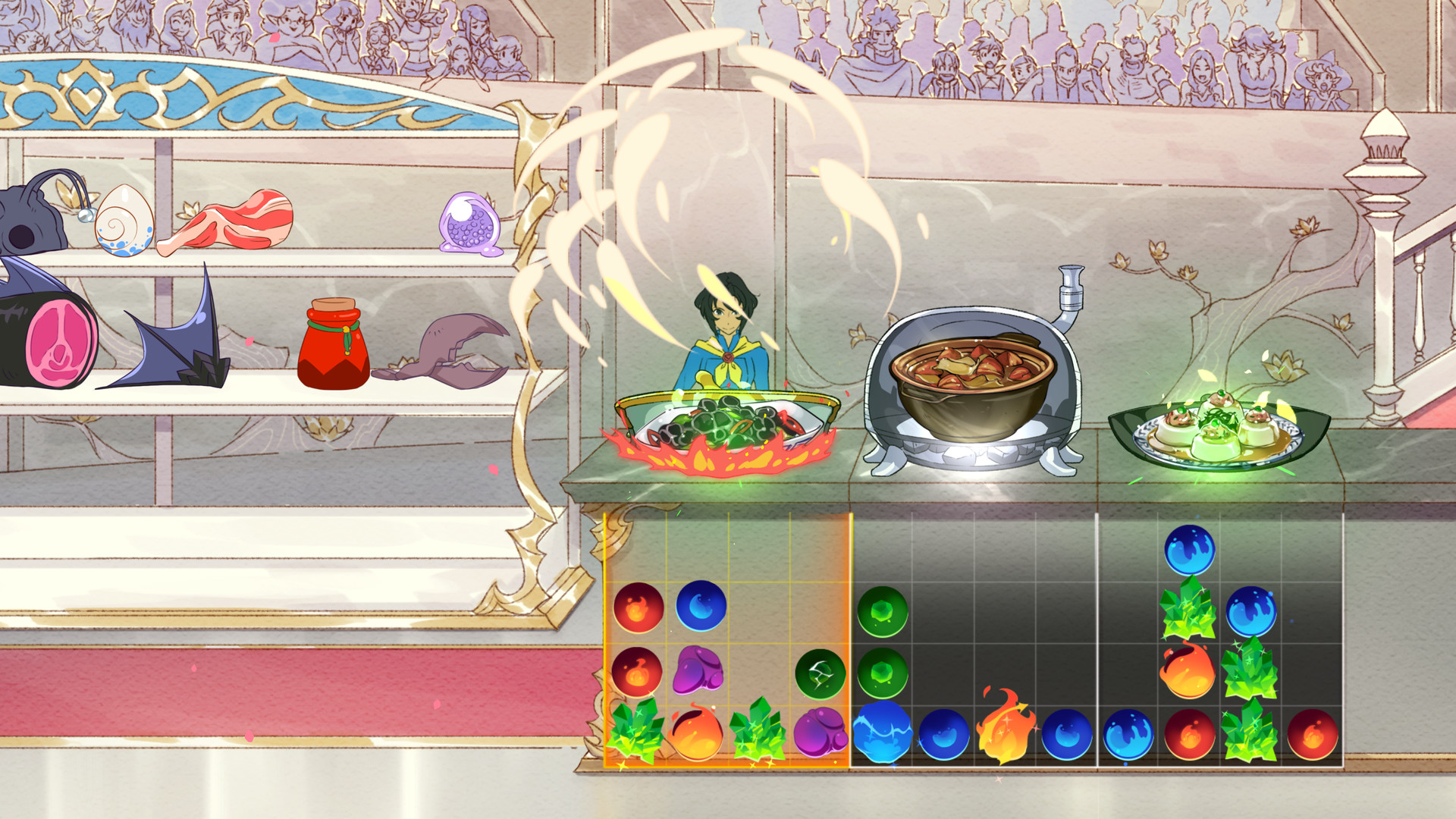 Survive the arena, and you then have to cook an appropriate meal, blending your collected ingredients and solving tricky matching puzzles under pressure. Succeed, and you just might please Victusia's notoriously tough judges.

You'll be able to learn more about the world and backstory of Battle Chef Brigade's characters and narrative when it releases on Switch and Steam on November 20th.