Hello, hello, hello my fellow game enthusiasts and weekend-loving chaps, it's Sunday again which means tomorrow it's back to normality.

But, never fear! At least we can take a look back at what the most exciting new stories of the past week were and chat about them - or rather, be talked at.

After initially mentioning Runic Rampage would be making appearance earlier on, the game actually dropped on Wednesday, a whole day early. Whatever the weather, you can now link arms with your bearded, dwarven pal and splatter the guts out of your enemies from one side of the screen to the other.
Subscribe to Pocket Gamer on

This is totally bananas and utterly wild, but Million Onion Hotel has suddenly made a show after what feels like forever. Initially mentioned by Harry Slater back in early 2014, it's now available on iOS and Android, and for the life of me I have no idea what's going on in it.
Subscribe to Pocket Gamer on

Strain Tactics is on the way

Revealed earlier this year, the top-down shooter Strain Tactics was slated to arrive (and has currently launched) on iOS/Android this week. Pick up your weapons and shoot and anything that's squishy and infectious-looking in this real-time battler.
Subscribe to Pocket Gamer on

The Padre is dark and demonic

This is one that interested me particularly. Being a huge fan of game with a dark undertone, and a bit partial to the ol' voxel art style, The Padre is an interesting mix that could work quite pleasantly. Having played such indie games as Seven Days and The Witch's House, I know never to judge a book by its cover and while it may not look like Fear or Dead Space, I'm hoping it's got some awesome, Lovecraftian spooks in its belly.
Subscribe to Pocket Gamer on

Yes, I know, there'll likely be a collectively eyeroll through the crowd but obviously you guys were interested in the news enough to bring it to the Hot Five this week. Apple's latest iOS update, 11.1, has launched 70 new emojis, including gender-neutral faces and mythical creatures, and a patch for the Krack Wi-Fi vulnerability. So, that's always nice. 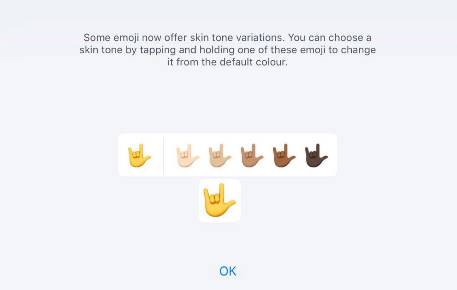 Jeez, I guess that's it for yet another week and how time flies, eh?

I know I say it every time but it never gets any less true. Whether it's been a good one or a bad one, a happy or a sad one, just remember the sun'll always rise again tomorrow and it's a wonderful new day.

Anyway, that's enough of my attempt to be motivational. I guess I'll see you again this time next Sunday, folks.