Coming to iOS next week

Fans of Solitaire, and of the wizard Zach Gage himself, you'll be excited to know that there's a new, utterly odd game called Flipflop Solitaire and it arrives next week. 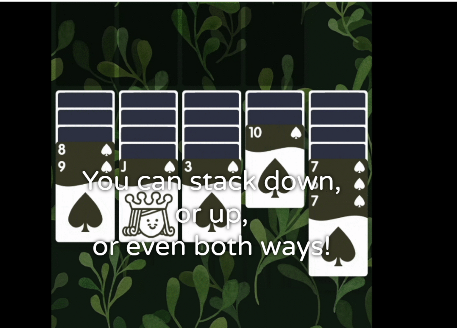 Typical of Gage, this won't be the straight forward game you're expecting as he talks about it in a series of brief and puzzling slides, reading:

"Today I want to talk to you about Flipflops and Solitaire. They are both extremely relaxing. But only one is chill. IF Solitaire was a shoes, it would definitely have laces. Or buttons. Often, you can only stack down and you have to alternate colors. But my new game Flipflop Solitaire sets you free. You can stack down, or up, or even both ways! But you can only move stacks of a single unit. It's fun but I didn't say it was easy."

Standard of Gage's games, I don't think we'll fully understand the rules until we get our hands on it, and there's something fun and mysterious about that. The changes sound simple, but they'll no doubt make it a fresher experience.