What a week it's been as it feels like we've had an utter mountain of new releases across the board.

From Switch games, to mobile, Vita, and 3DS, if you can't find something you fancy playing in this list then I just don't know what to suggest, friend.

We've even had a previous Big Indie Pitch winner launch their game this week, so we can't help but feel all excited and fuzzy inside. Aww.


"One day in the distant future, the obsolete household robot Abi finds the hibernating industrial robot DD, and together they escape the warehouse in which they have been locked away. Once they get out, they discover that humans have mysteriously disappeared from the earth. Where did the humans go and what can explain their disappearance? It’s up to you, Abi, and DD to find out."


"Run, slide, shoot, and jetpack as you navigate through dangerous terrains. Collect parts to upgrade and unlock new bots. How far can you run?!"


"The world is infected with an unknown virus and plagued by unending rain. Infected people behave like zombies, and trees are growing from their bodies. It seems that these trees sprouting from zombies are growing fast as a result of the endless rain. You must find your daughter who got lost during the hurried escape." 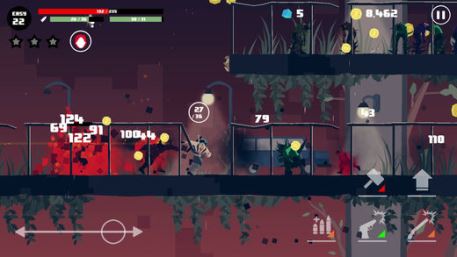 
"A fascinating cast of characters of different races and eras. An incredible story that leads you through the past and future to save the world.
Combine your strengths to defeat powerful foes in intense battles. FINAL FANTASY Dimensions II is an RPG that brings a new legend to the world of FF." 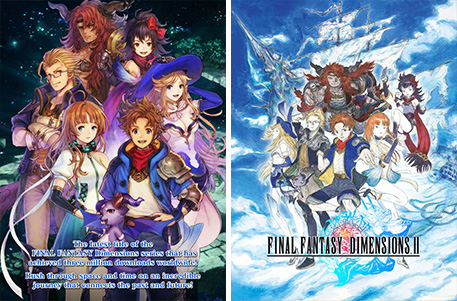 
"The Fingermaze is an exclusive mobile game, that adapted all the unique features of a mobile phone into one daring experience full of action and thrilling situations. Use your finger to find your way through an adventurous maze of obstacles. Try to collect all three stars on your way to the goal and try to not get squashed, cut, electrocuted or burned." 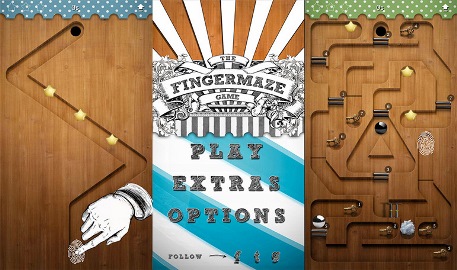 
"Find a music box in darkness. Do not forget to wear your headphones. Stay focused on what you hear on your headphones! If you hear a sound from the left, there is something on your left. Can you find a music box among many ghosts? If you do not focus on hearing in this supernatural and mystery field, you will be hard to survive…" 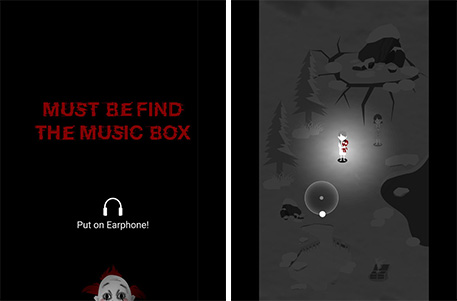 
"Meet with Jodeo. It's a 2D jelly critter. There's something it's curious about; What is happening in the upper dimension? What if 3d object and 2d physics are in a same game? How 2d object can interact with 3d object?" 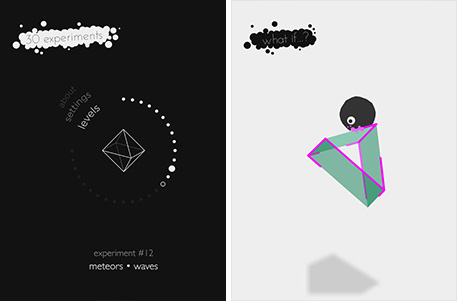 
"Who doesn’t want to be a rock star? There’s only one problem: you don’t have enough money and you clash with your band over every decision. Just about to give up, you meet the super famous and glorious band members of KISS. What follows is a stardom adventure to form the next best rockband – and KISS offers to help you! Sing along with original KISS tunes and stick around for the funny story." 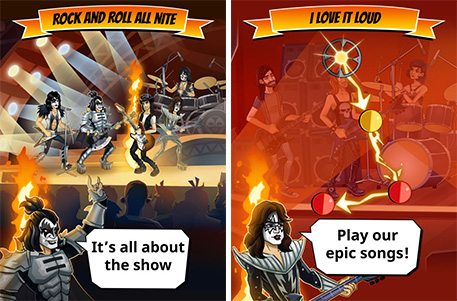 
"A point and click adventure game with magic realism elements that tells the story of a young lady who gradually realizes she is forgetting her own name. Is she really losing her memory or is there something else that could explain the strange circumstances?" 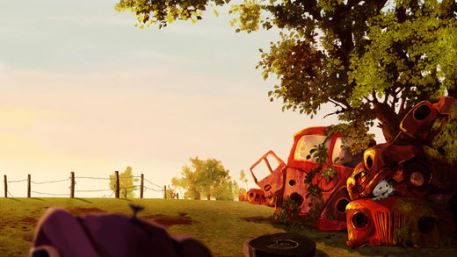 
"Merge Farm! isn’t your average farming game. Use merging mechanics to achieve your task to grow your farm, and harvest delicious fruits and veggies." 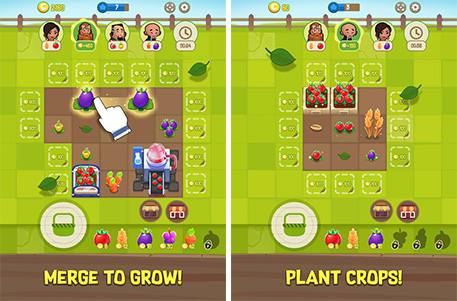 
"Million Onion Hotel is an action puzzle packed with a lot of elements!! A mysterious world of crazy sound and unique pixel arts and animations!" 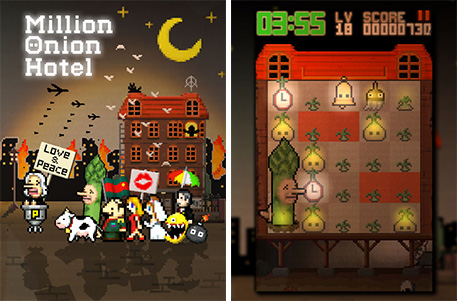 
"You've never played a wrestling game like this before! The controls are simple and fun; they might remind you of pool, marbles, or pinball. Classic wrestling moves and unique combos add exciting tactical and strategic depth. Bounce a monster strike at the exactly the right spot to KO your rival, save your signature move for a massive bodyslam, or bank a shot for a multi-hit combo." 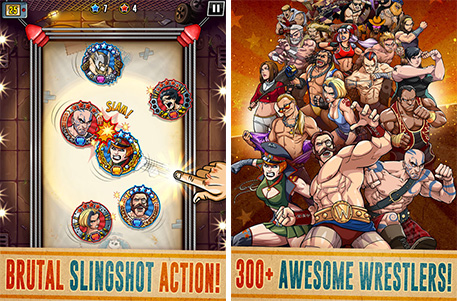 
"Nory's Escape is a new kind of level based runner game. You draw magic paths with your finger and help little Nory escape an evil witch. Hours of fun, secret levels to unlock and a challenging gameplay await you in 18 handmade levels with beautiful graphics and smooth animations." 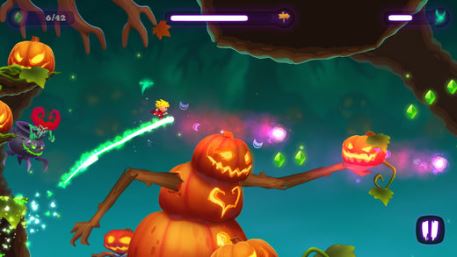 
"Peregrin is a story puzzle game, combining myth, fantasy and sci-fi. Peregrin’s story is a moving take on the struggle to overcome both personal and collective loss – beautifully realised in an epic mythical style." 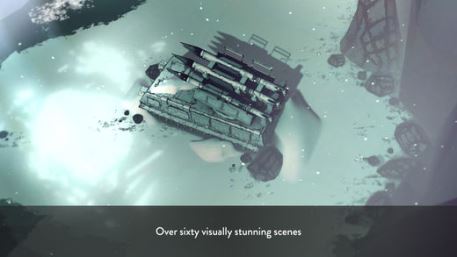 
"In PES CARD COLLECTION (PESCC), you collect cards of the world's most famous football players to create the ultimate team! While you search for the perfect formation for your team, you can enjoy training your players and developing your squad. When you feel like gauging your team's progress, you can do so by playing matches in real time against rivals from across the globe." 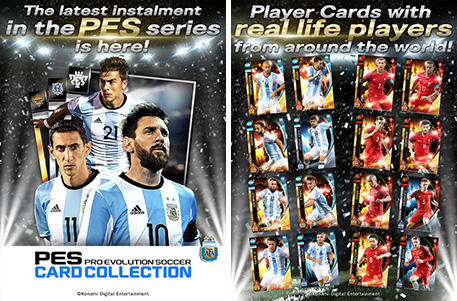 
"Have you ever wanted to make your own little fantasy world? A farm, some kind of castle, or just an epic fantasy city? Pocket Build is an open world game where you can build with no limitations or restrictions. Build whatever you like, whenever you like, however you like. The possibilities are endless!"


"Sharpen your axe and equip your hammer - Runic Rampage is the brutal action adventure every dwarf has been waiting for. Master fatal combos and study powerful spells to defeat hordes of ruthless foes in intense melee combat."


"A game of tranquillity through the art of matching cute characters in Ruya's world of dreams. Visit surrealist landscapes, decorate yourself in flowers and introspect. A calming minimal experience with juicy interactions and cool colour combinations to make you feel at ease. The ethereal dreamlike soundtrack will tickle your senses and pull you into a state of peaceful flow." 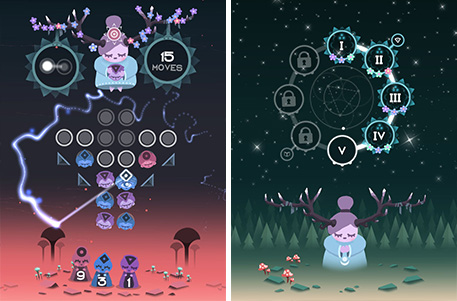 
"World-famous SONIC THE HEDGEHOG is back! RUN and COMPETE with real players from around the world. Find out who is the MASTER of speed! SPRINT, DODGE, ATTACK and SET TRAPS versus other fans in this EASY and FUN MULTIPLAYER game. Download and start your battle NOW!" 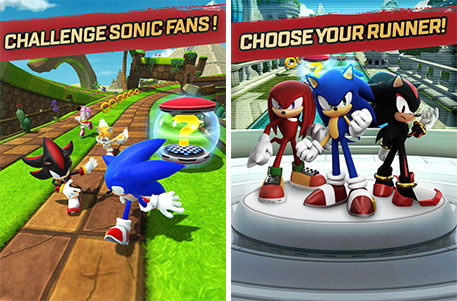 
"Strain Tactics is a real time, top-down tactical ARPG that takes players to a cyberpunk, apocalyptic future where the world has been taken over by an infectious alien strain. Featuring 80 playable characters and over 150 unique items and weapons, the game challenges players to defeat enemies by commanding customizable ground teams from their Helibase-gunship overhead." 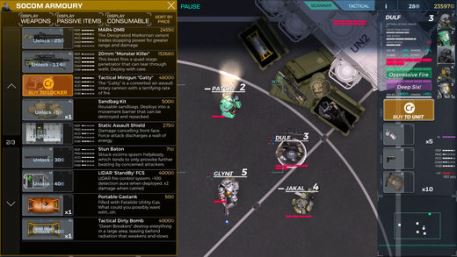 
"The Tower is back with a special Assassin's Creed touch to celebrate the franchise 10th anniversary! Play now with your favorite Assassins to reach the sky and beat your friends!" 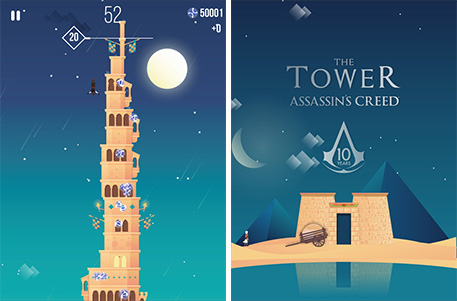 Attack of the Bugs


"The game transports you in a B-movie horror-humor nightmare, surrounded by hordes of creepy giant insects! Not just a shooter: deploy your army wisely, choose when to gather your resources, then take up arms to support your troops in the game's unique action/strategy gameplay. Will you conquer the Evil Bug Queen and survive?" 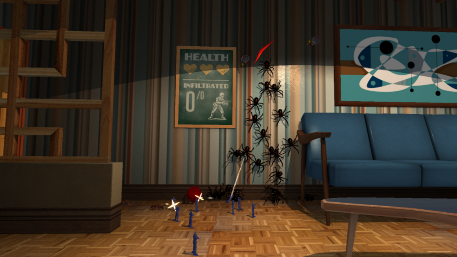 
"Dragon Putt is an infinite putting game featuring powerful dragons. Collect a range of Dragons with upgradeable special abilities. Unleash them on fun courses that are different every time you play."


"When Uncle Grandpa accidentally drives the UG-RV through multiple dimensions, he picks up some surprise passengers in the form of Gumball, Steven Universe, Finn, Mordecai and Clarence! Now they'll have to band together to defeat the evil shard creatures and set things right." 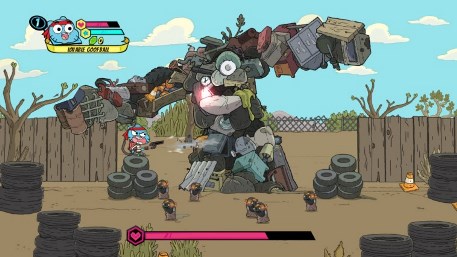 
"Trapped below a creepy abandoned mansion deep in the forest, a group of friends find themselves on the run from a terrifying monster. Using only her wits and what's around her, Arisa must uncover the secrets of the mansion, and figure out how to escape...before it's too late." 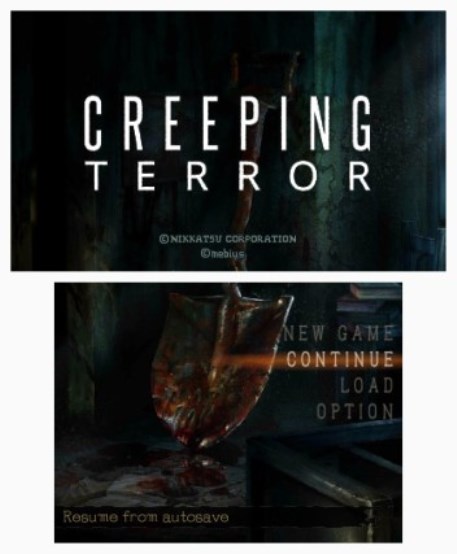 
"The King swings a boulder back and forth with his tongue and you get to release it by pressing a button. Time the release accurately and crush as many targets as possible with each boulder. Simple but addictive!" 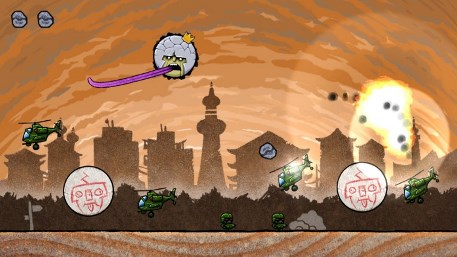 
"In local or online battle arenas, up to 4 players can fight until the last Kirby standing wins. There are other modes too, like Ore Express, a mad dash to hoard treasure. Choose an ability and prove you're the one Kirby to rule them all. Not to mention, there's a single-player story mode too!" 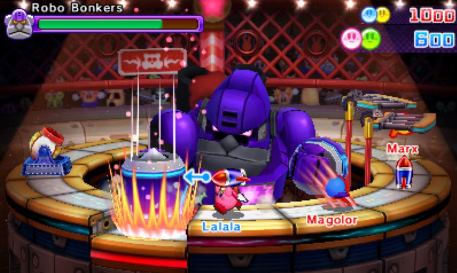 
"Experience three unique 3D boards at home or on-the-go with up to six players in total, or take your game online and challenge players in quick matches. Customize your game by selecting from six official House Rules chosen by MONOPOLY® fans around the world." 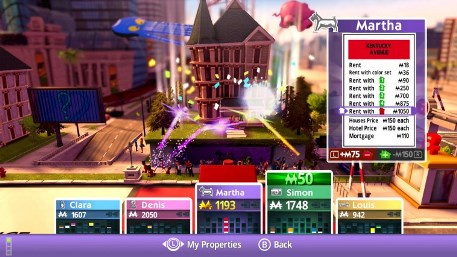 
"Set in a distant future where humanity has colonized the far reaches of space, Morphite follows the story of Myrah Kale, a young woman whose life takes a sudden turn when a simple mission develops into an epic interstellar journey revealing her mysterious past and relation to a coveted substance called Morphite." 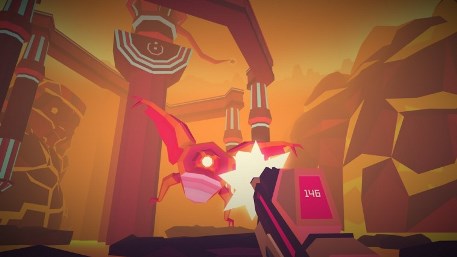 
"An interactive visual novel based on short moments in time during Lella's travels, each playthrough ends with one of sixteen different endings based on your choices. Travel across the famous "Via Aurelia" and discover a new side of Italy in a thought-provoking game about the road trip, not the destination." 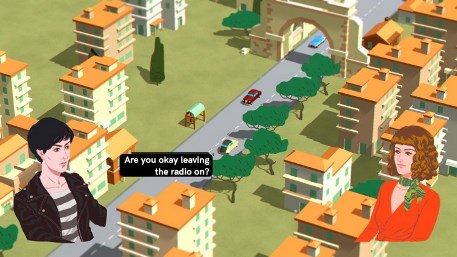 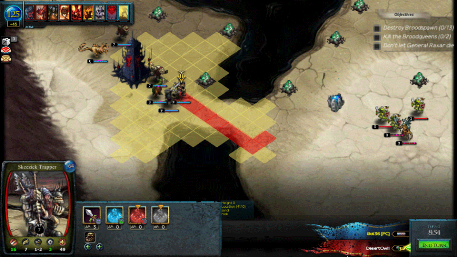