Home away from home

Nintendo's mobile strike rate to date has been pretty much impeccable, with both Super Mario Run and Fire Emblem Heroes standing as fine distillations of their source material.

It's not out worldwide for another few weeks, but Australian iOS users have been granted early access to the game. The PG team has duly put on its best Aussie accents and turned our iPhones upside down in order to download the game (I think that's how it's done).

Here are my own initial impressions based on an hour or two with the game.

We all suspected that Animal Crossing would make the trip to mobile as pleasantly and frictionlessly as an anthropomorphic cat rocking up to a neighbouring encampment.

Nothing I've seen during the early spell of Animal Crossing Pocket Camp makes me think any differently. 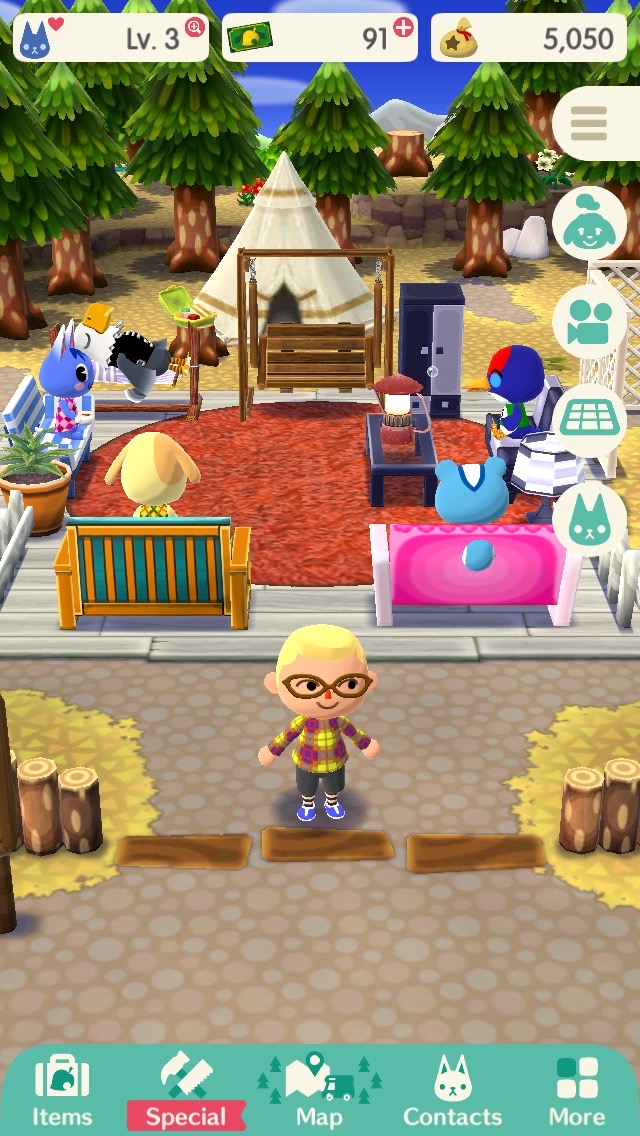 Trading chatting to animals, engaging in simple mini-games, using virtual and real currency to speed up a simple crafting system... it's all so very mobile gaming 2017.

Of course, Nintendo does things with a great deal more panache than most other developers. I've never been in doubt that I'm playing a game during my time with ACPC, rather than being made to jump through a series of button-prompt hoops.

A large part of the appeal is down to Animal Crossing's adorably inclusive, generous-hearted world. Your cartoony avatar rocks up in a chocolate box encampment and is greeted by an enthusiastic pooch who offers you the job of camp manager.

There's nary a negative sentiment from this point on, as you tootle around talking to aloof eagles and vain cats.

Each character is willing to throw materials and other rewards at you at the slightest prompting, even when you're just gathering fruit from an adjacent tree.

Said gathering process involves a simple tap, as does every other gleaning process I've encountered to date. Fishing and bug hunting require a dose of good timing, but it's hardly ninja-level stuff.

Acquiring materials through this gentle bartering system allows you to build new furniture and trinkets for your encampment. This in turn allows you to attract the local citizens to your camp - each creature having their own specific requirements for coming to visit.

Making friendships, giving gifts and acquiring stuff levels your own character up - which in turn opens up more stuff to make and attracts new animals to the surrounding environment. 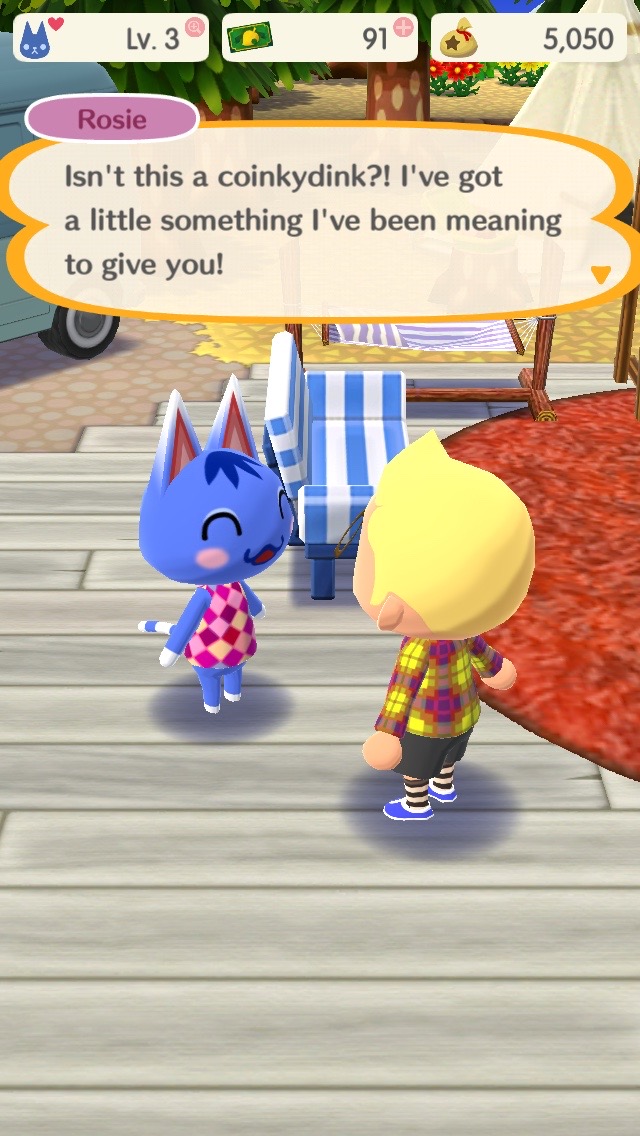 That seems to be the basic gist of Animal Crossing Pocket Camp so far. Of course, we'll need to spend a great deal more time with the game to see how this develops, or whether there's any depth beyond what we see from the start.

It'll also be interesting to see if and when those in-app purchases kick in. Leaf tickets can be used to speed various processes up, but I didn't feel remotely pressured into doing so early on. Whether this remains the case or not will warrant further investigation.

So far, though, I'm fairly positive that Nintendo can score a mobile hat-trick with Animal Crossing Pocket Camp. It seems like a thoroughly pleasant place to spend some leisure time.