While Zelda: Breath of the Wild is an extraordinary game, it was Snipperclips that arguably defined the strengths of the platform at launch.

For all the games that have flooded onto the eShop in the months since the Switch launched, it's surprising few have followed Snipperclips's lead.

Now there's Putty Pals, a humble co-operative platformer from a small Melbourne-based developer that just so happens to fit the Switch like a glove.

Both players here control a coloured blob that can jump, link arms with the other, and turn into a makeshift trampoline to send their partner flying into the air. 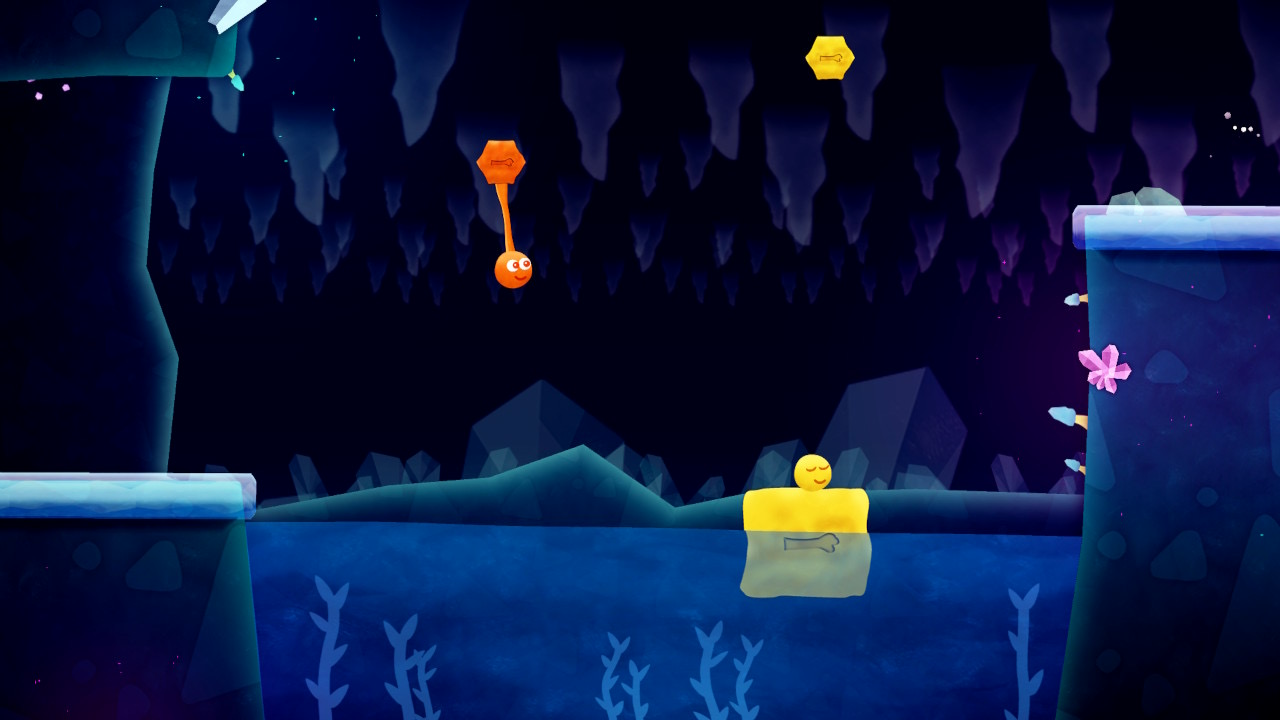 That linking arms mechanic can lead to precarious makeshift swing situations, as well as an inverted roly-polying means of locomotion when you both attach yourselves to a sticky ceiling.

Coloured dots act as keys to unlock doors and rock barriers, but can only be collected by a particular player. In a similar way, colour-coded platforms are intangible to the other blob.

Using these simple but consistent mechanics, you must work together to make your way across each level. It's a true partnership, with both parties given ample opportunity to shine - or fail.

Fortunately, even when you do fall short it's rarely a source of frustration, thanks to the game's generous checkpointing. This does have the added effect of making the game pretty easy, but bonus stages and hidden collectibles provide an extra optional challenge. 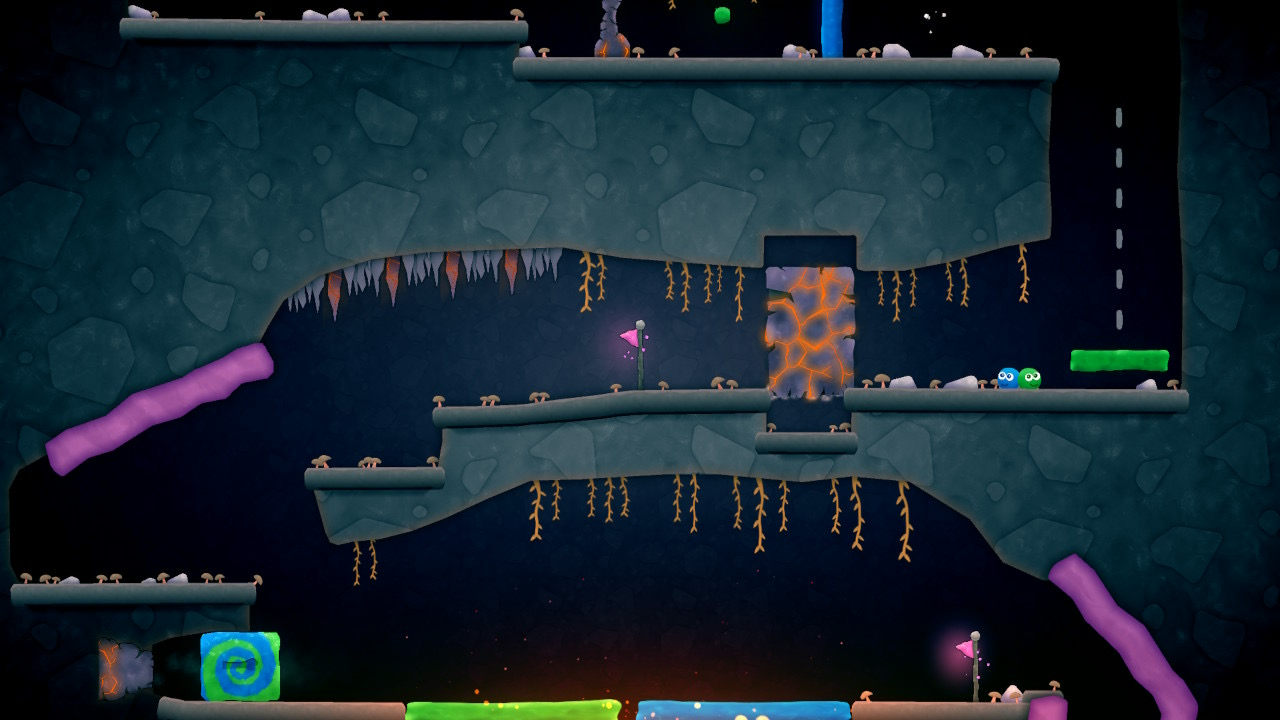 The game does lack a certain degree of finesse, with highly simplistic graphics and controls that are functional rather than downright tight.

Meanwhile solitary players shouldn't even bother. It's possible to play through the game with a single control pad, but doing so is about three times fiddlier and a third as fun.

Put it there, partner

Putty Pals isn't particularly big, with 28 large levels and about as many unlockable bonus levels to its name. Nor its it massively original - we saw most of these mechanics played out in some form before the '90s were up. 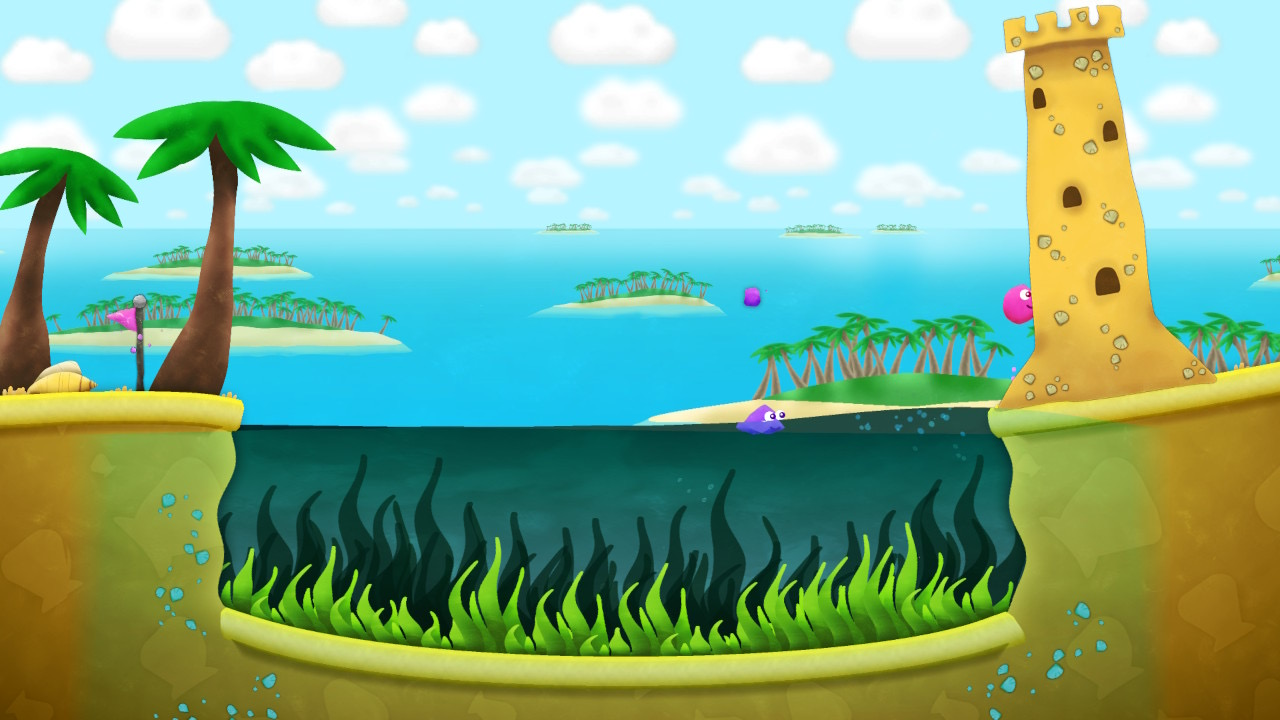 But it's impossible to be too harsh with such a positive, accessible, and purely enjoyable game.

What Putty Pals offers that few others do is the sort of couch co-op experience that can have you in fits of giggles one minute and punching the air with satisfaction the next. The Switch could do with a lot more of that sort of thing.

A joyful and accessible if somewhat basic couch co-op experience that suits the Switch to a T
By Jon Mundy
| Oct 20, 2017 |
Switch
Find out more about Putty Pals