Sunday has rolled around once again and you know what that means by now - it's time for a smoking Hot Five to end your week right.

A lot's gone on over the past seven days but these five were simply the best of the best, and who can blame you?

New releases, updates, and long-awaited announcements were all key in this set, so let's take a look.

Yes, it's the second Humble Mobile Bundle of the month and it's certainly packed full of excellent games. This time around it's a Herocraft-themed bundle, including all of the company's best games and then some.
Subscribe to Pocket Gamer on

There's no escape in space

Returner 77 has been a bit of a late one in our running this week, but we're pretty glad to see it pop up. A bit like The Room and House of Da Vinci, this time you're one of 77 sent on a mission to save humanity from going extinct. You'll have to dig deep and rack your brain for this one.
Subscribe to Pocket Gamer on

Shoot down the walls in Time Recoil

Again, this one took us a little by surprise as it popped up on our radar earlier this one. Less than a day after it appeared, however, it launched on iOS so that's always nice. Need a top-down shooter to keep you busy this next week? You might want to take a look at it.
Subscribe to Pocket Gamer on

The Switch eShop gets a 'Sales' section

Rather than bug-fixing and the like, this little bit of Nintendo Switch news is actually all about game sales. More appropriately - Ninty's finally added a 'Sales' section on the eShop and that'll make things a whole lot easier for picking yourself up a bargain. Pickings are a little slim at the moment, but there's plenty of time for it to pick up as we head into the holiday season. 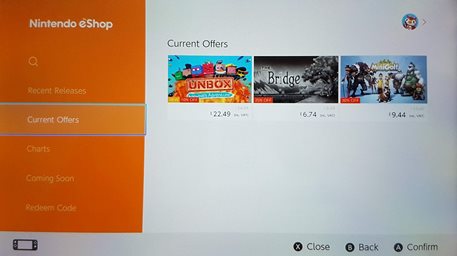 Love You even more

How long have we been waiting for Love You to Bits to come to Android? Three months? Six? A year? TEN YEARS? Whatever the space or time it's finally here and it's unsurprising that this made the Hot Five this week. As point and click adventures go, this one's got you by the heartstrings and you'd best put some time and tissues aside to play it 'cos things are about to get emotional in here.
Subscribe to Pocket Gamer on

That's it for yet another week and I always hate saying goodbye for now. But, hey, the time will go on and before you know it we'll be curled up around your phone or computer, ready to talk through the best of the best stories again.

That sounded creepier than I'd intended it to, but you know I mean... maybe. What's that? Sorry, someone's calling my name. I'd better go...

Paint the world red in challenging platformer Splasher, coming to Nintendo Switch on the 26th