With Legacy of Discord celebrating its 1 year anniversary, we spoke to YOOZOO about the success of its hit ARPG

Legacy of Discord - the fantasy-set Action MMORPG from Yoozoo Games – has ascended once more to reach yet another milestone, this time celebrating its one-year anniversary. Originally released simultaneously on both iOS and Android in October of 2016, the action epic has garnered millions of fans worldwide, and has plenty in store for them from today onwards to celebrate the prestigious landmark.

The two most notable additions players can look forward to in Legacy of Discord’s anniversary update comes in the form of an upgraded Metamorph system and an entirely new survival-based mode dubbed “Last Guardian".

To learn more about the past lessons learned and exciting developments planned for Legacy of Discord for the rest of 2017 and beyond, Pocket Gamer recently sat down with the folks behind the game. 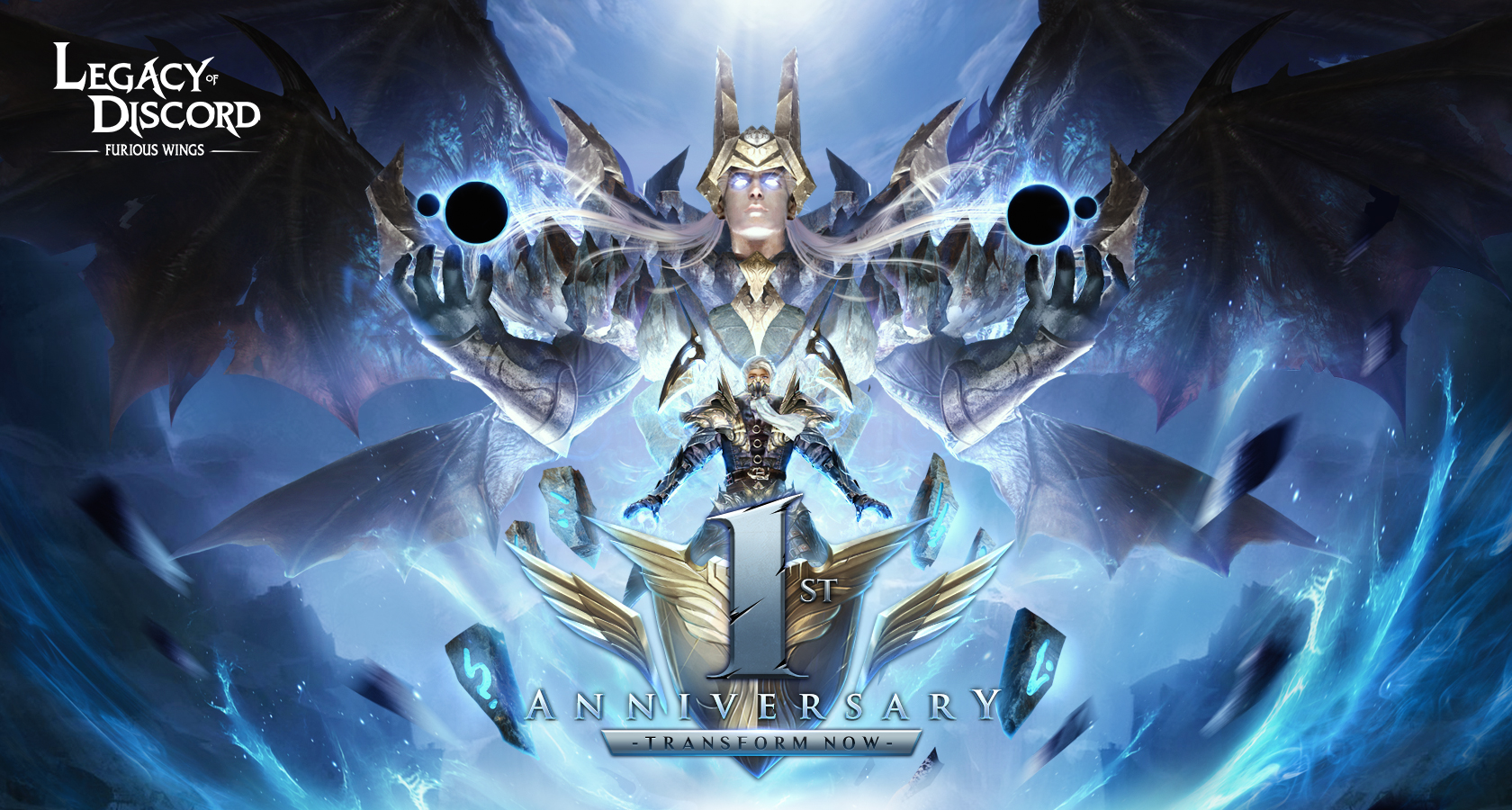 How is Legacy of Discord performing so far, and has it met your expectations?

Legacy of Discord is a free-to-play mobile Action MMORPG developed by Fancy Guo Technology Co., Ltd. and global released by YOOZOO Games (SZ.002174). Official figures show that since launching in late 2016, nearly 70 million guardians with 15 languages from over 190 countries have fought for Legacy of Discord.

Statistics from App Store and Google Play show that by January 2017, LOD has become the top-grossing mobile ARPG in the US and Europe. Since launching in late 2016, Legacy of Discord is among the Top 10 grossing game in 115 countries and regions, including France, Canada, Italy, Australia, Singapore, Hong Kong, Taiwan, Saudi Arabia, UAE and Brazil. The game has already become a milestone in Chinese game industry.

The global success of the Legacy of Discord is as expected - as one of the most popular game categories in Asia, the global market potential for mobile ARPG should never be underestimated. Players want to find high-quality games with immersive world design and intense actions. Legacy of Discord will continue to grow and maintain its advantage in this category.

What is the game’s community like, and have you found it to have a global appeal?

As the most popular mobile ARPG, Legacy of Discord has a large player community from around the globe. With the joint efforts of players and the project team, the in-game community and out-of-game community are pretty cohesive and active, with high diversity.

Legacy of Discord encourages every player to communicate and interact with others, including socializing through Guild system, States system, Chatting system and Support system. Players could team up with their friends and promote together in Guild system and States mechanism, and GVG combats increases their inner cohesions. The Chatting system supplies real-time translation, covering more than 50 languages.

Out of game, we have official websites and social media accounts to release the news and communicate with players. Take Facebook as an example: now Legacy of Discord has 1.1 million Facebook fans, and more than 1 million likes on the official fan page. In late April of this year, players shared over 10,000 stories on the official page to celebrate the game’s first 6-month. In addition to the official accounts, there are many fan groups on Facebook, Line, WeChat and other social media.

Besides these communities, there is an excellent Moderator team to assist the project team in testing, translation and answering the questions from other players. The team consists of 70 enthusiastic players from more than 10 nations. They contribute much to the global active community and we appreciate their efforts deeply.

Which aspects of the game have players found to be most appealing?

According to the results of our in-game research, more than half of the players were attracted to the game by its graphics, and the cool look of the characters. The genre of the game is also fresh and attractive to them. After entering the game, the elaborate character progression systems guide players with clear purposes, along with the intense battle experience, providing excellent entertainment. 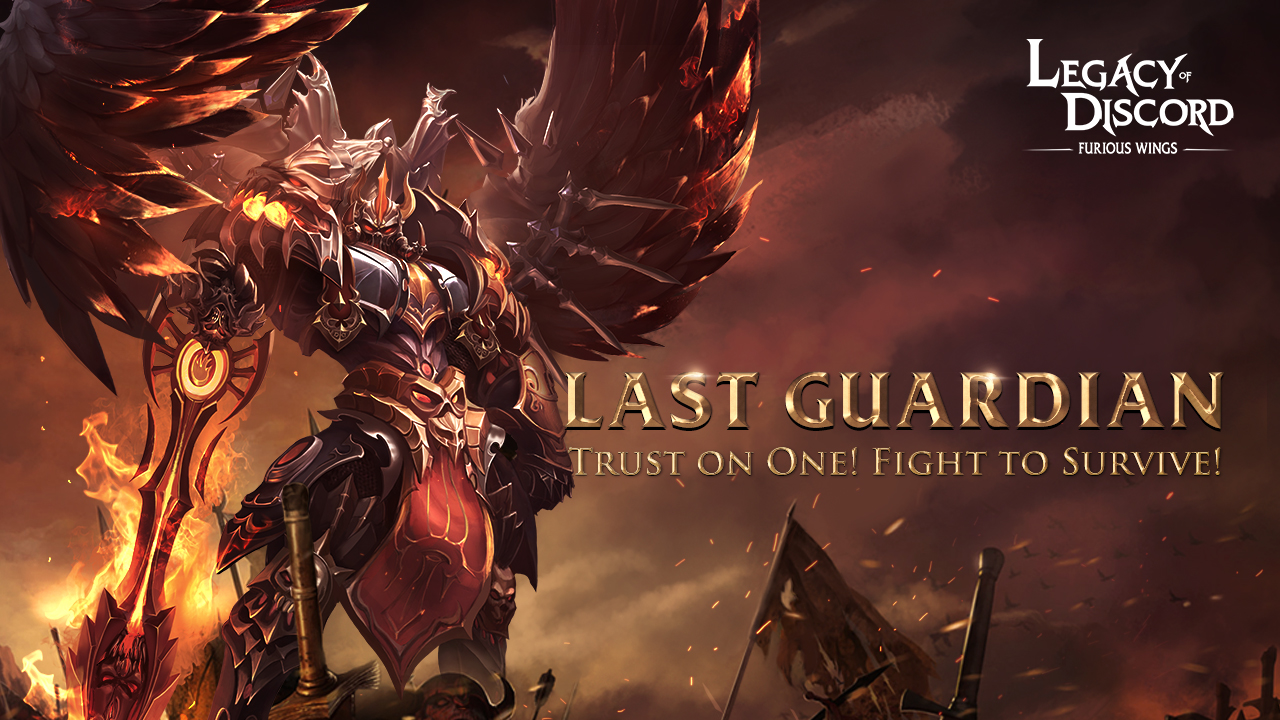 Are there any more exciting events or updates for us to look forward to?

Today, Legacy of Discord celebrates its one-year anniversary with the upgraded Metamorph System and a new survival mode Last Guardian. Initially released last month, the Metamorph system allows players to transform into mysterious creatures and unleash their ultimate powers in battles. After this update, the system will bring more monsters, skills and maps to the players. Last Guardian is a 20-minute survival gameplay mode, offering a new option of advanced battle experience. All players will have the same base attributes in the mode, and there is only one guardian survive to be the last.

Currently players could choose one of the three mighty characters, Berserker, Sorceress, or Blade dancer to guard the Crystal. We are also planning for a significant class advancement. In the future, people could transfer into other classes and a brand new powerful class will makes his/her debut.