It feels like the days are only getting faster as Thursday's come around again... which is fine with me because Super Mario Odyssey releases in a week. Ya-hoo!

As you'll know by now today's the day we chat about what awesome games are out on the market this week. Though we'll have more games to throw at you tomorrow, so do stay tuned.

We've had a ton of new games release on iOS this week, but some tidy gems on Android too so don't be too disappointed just yet. I'll also be adding 3DS and Vita games as they launch.


"In Warhammer Quest 2: The End Times, you will lead your warriors across a war torn land and into dungeons for wealth and glory! Swing swords, fire arrows and cast spells as you fight through the denizens of Chaos. Success in battle is rewarded with new weapons, armours, skills and treasure." 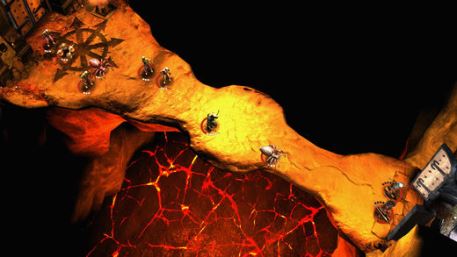 
"Campfire Cooking is a puzzle game about relaxing moments in nature, as you prepare meals over a warm fire. Discover the joy of cooking on a stick and test your problem-solving skills with some challenging campfire puzzles! The latest creation from Layton Hawkes is guaranteed to make you feel clever, hungry and eager to book your next woodland escape."


"New puzzler from the creators of "Klocki", "Zenge", "Hook" and "Art of Gravity". Like our previous games, its intended to be a relaxing experience, thus there are no points, stars, tutorials, move counters.
Your goal is to push all the buttons. How do you do it? Well, that's the puzzle..."


"Get cars across the intersection. Pick up coins, avoid obstacles, score points and unlock special cars! Don’t crash! Explore new levels and beat your best score. Share a snap of your awesome moves with your friends!
Crashy Cars is an endless one-touch arcade game about timing, anticipation and precision!" 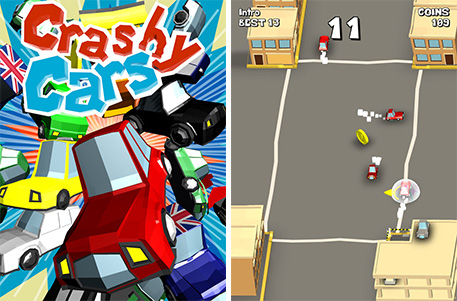 Love You to Bits


"“Love You to Bits” is a crazy cute, purely visual, puzzle-filled, point-and-click, sci-fi adventure spanning all around the universe." 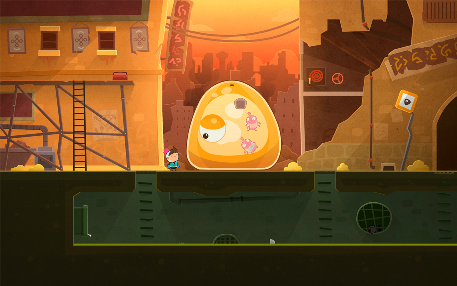 
"Slay epic monsters with weapons, wands, and words! Team up with your friends and become loot hunting heroes in Syllablade - the word battling RPG!" 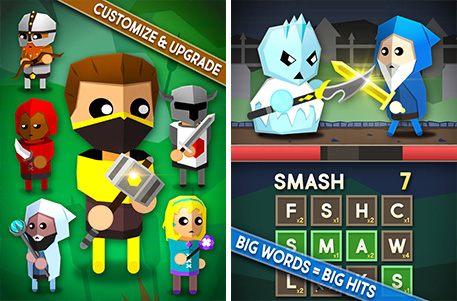 
"Returner 77 is a cinematic space mystery puzzle game.
You are in a giant alien spaceship hovering above Earth, after everything went wrong.
You’re mankind’s last hope. Can you save us?"


"Join Piper and her pirate Crew on a swashbuckling puzzle adventure as you discover mysterious islands bursting with fun match 3 challenges and booty." 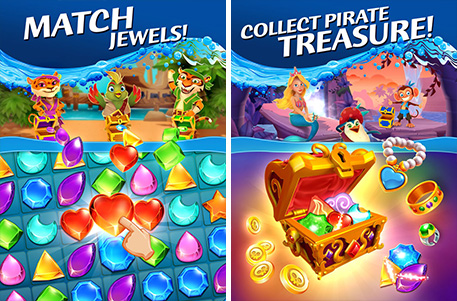 
"The Sidekicks is a traditional platformer - an adventure with a twist. You play with three different characters - Noobert, Zeronita and Bellie G, all of whom have their unique superpowers."


"Embark on an immersive road trip through the gritty western coast of Italy during the roaring 1970’s. Playing as Lella, a bold, spunky woman, experience the sights and sounds of a tumultuous time in Italy’s history while uncovering events from Lella’s storied past." 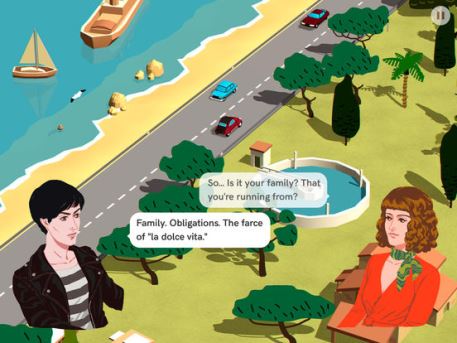 
"Westeros is at war. Great houses clash, dragons rule the sky, and the army of the dead threatens the realm. Live out your fantasy and join the war. Build your house and raise your army as you navigate a dangerous political landscape." 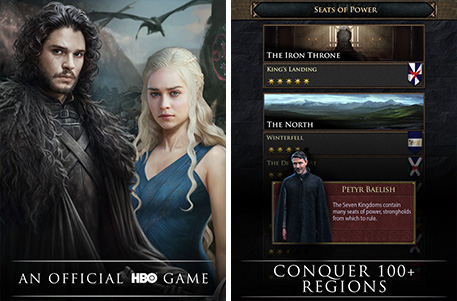 
"How long can you protect your fingers from the hungry monsters?! Touch and hold the screen as long as you can. Don’t lift your finger or hit anything with teeth or else CHOMP, it is game over." 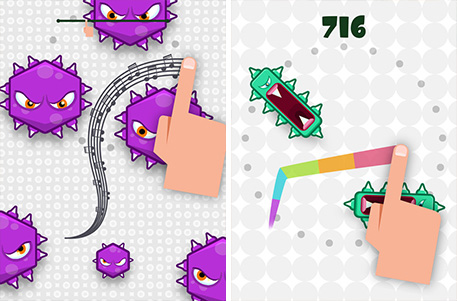 
"Using the latest AR technology, Zlife brings the zombie apocalypse into the real world. Experience a zombie invasion like no other and immerse yourself in the terrifying, tense augmented reality gameplay. Do you have what it takes to survive?" 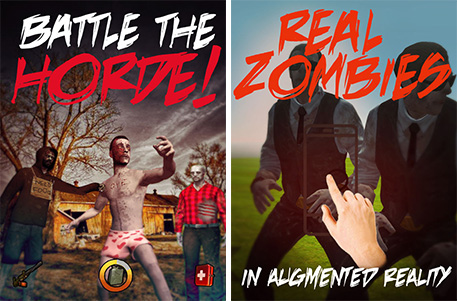 
"‘zombies! ARgh!’ is a frantic shoot-em-up that plays out on your coffee table, kitchen floor, desk, yard – wherever there’s a flat surface for zombie destruction to erupt! Battle relentless hordes of the undead, armed with flame throwers, laser guns, rocket launchers and grenades." 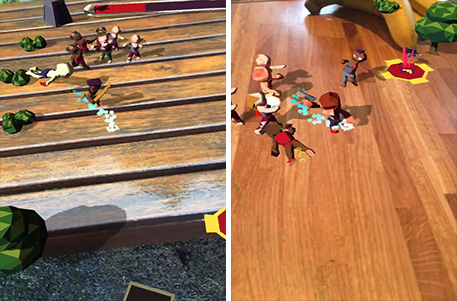 
"You are the last Genetic Infantryman (GI). Bred for war and betrayed by your superiors at the Quartz Zone Massacre, you stalk the battlefield as a one-man squad in search of the Traitor General… and payback!" 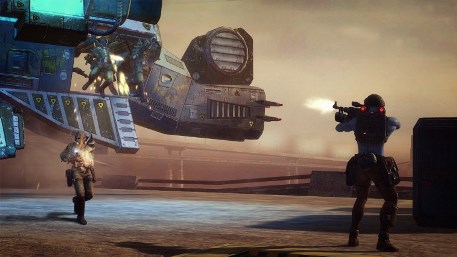 
"Don't Knock Twice is a first-person horror game based on a psychologically terrifying urban legend. To save her estranged daughter, a guilt-ridden mother must uncover the frightening truth behind the urban tale of a vengeful, demonic witch." 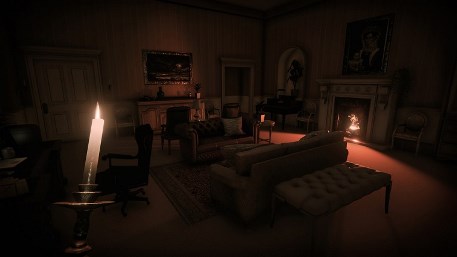 
"Go on a Journey to the underground with your buddies! Spelunker, the Weakest Action Hero is now on Nintendo Switch™! Offline and Online Co-op Multiplay with up to 4 players!" 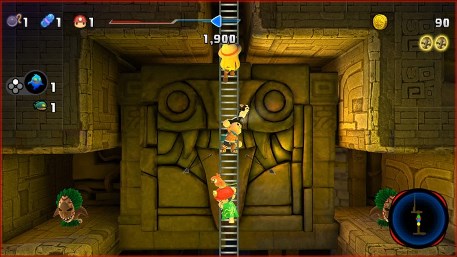 
"Two adorable bouncing blobs are lost far from home, and only teamwork, communication and a whole lot of hilarious mistakes will guide them back. Sitting side-by-side on the couch, you and a friend will glide, bounce, squish and swing your way through a vibrant cartoon landscape, solving puzzles, avoiding danger and uncovering hidden secrets." 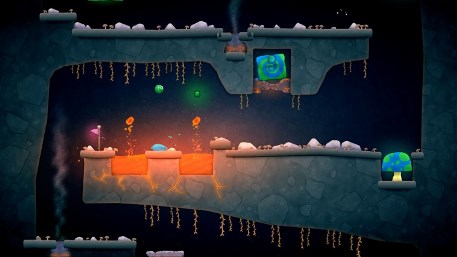 
"Tee off simultaneously to a psychedelic 2D world, with satisfyingly simple physics, except it's a frenetic free-for-all to get in the hole. It's instant fun with endless variety; there are trillions of gameplay combinations, from giant banana balls to turbo power-ups." 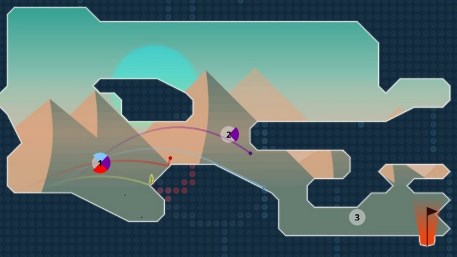 
"Kate Walker, a young New York attorney, is sent by her law firm to the small French village of Valadilène. Her mission: complete negotiations for the purchase of an automaton factory on behalf of a large multinational. She has no idea what the future holds in store for her…" 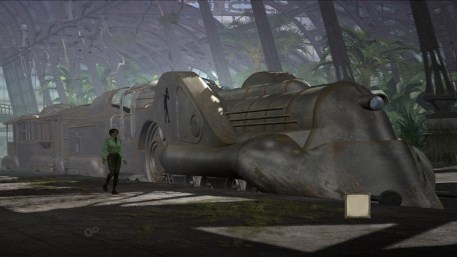 
"Clash with legions of soldiers and fierce monsters as Marth, Xander, Corrin, and other fan-favourite Fire Emblem heroes in Fire Emblem Warriors. Unleash over-the-top-powerful Dynasty Warriors-style moves as renowned and original Fire Emblem characters, and issue strategic commands in the midst of battle as you fend off hordes of enemies with stunning attacks." 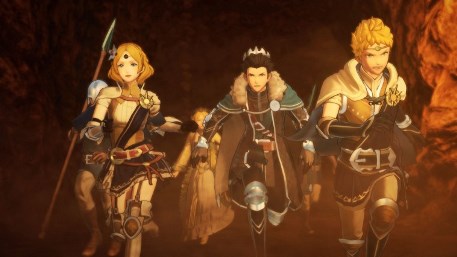 
"It's been six years since a massive earthquake leveled the city of Shibuya. Now, in October 2015, while researching a number of recent murders, Takuru Miyashiro realizes a horrible truth. These murders are the return of a series of killings that plunged Shibuya into terror six years ago. And at the same time, people called gigalomaniacs, with the powers to make their delusions real, are beginning to awaken..." 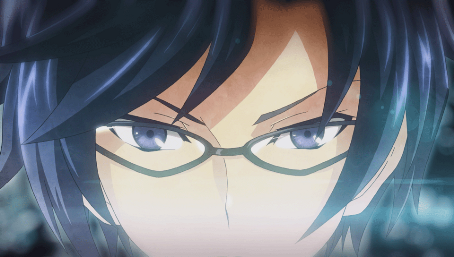 "Spiral Splatter is a brain-bending arcade puzzle game that will push your hand-eye coordination to the limit with nonstop, mind-boggling puzzles!" 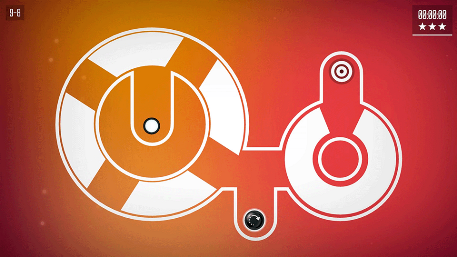