Interview: We chat to A-33 Studio, developers of fast-paced mobile FPS Combat Squad

The team at A-33 Studio put its experience developing Counter Strike Online into a mobile project entirely their own, releasing Combat Squad: Project Wednesday earlier this year. In it, you control a band of gun-toting mercs during heated multiplayer battles, using its DIVE system to swap soldiers mid-fight. The controls are straightforward, the characters customisable, and the action frenetic.

So how does a developer meet the challenge of creating an FPS on a platform that’s so constrained by size and interface, and what sets Combat Squad apart from the other shooters on the market? We fired a few questions at A-33 Studio about just that.

Pocket Gamer: What do you feel is the most appealing aspect of Combat Squad?

A-33 Studio: One appealing aspect that differentiates Combat Squad from other FPS titles is its solid, simplified controls. We created three separate shooting mechanics suited to the varied Combat Squad weaponry. For close-range weapons like the shotgun, when a target enters the auto-zone, the crosshair traces and fires at it. With mid-range weapons like the assault rifle, auto-fire is triggered whenever the crosshair is placed on a target. For long-range weapons like the sniper rifle where precision is key, manual aiming and firing is used. This greatly enhances the accessibility of the game, meaning beginners and experts alike can pick up and play, without compromising the FPS experience. We think it’s a great system. 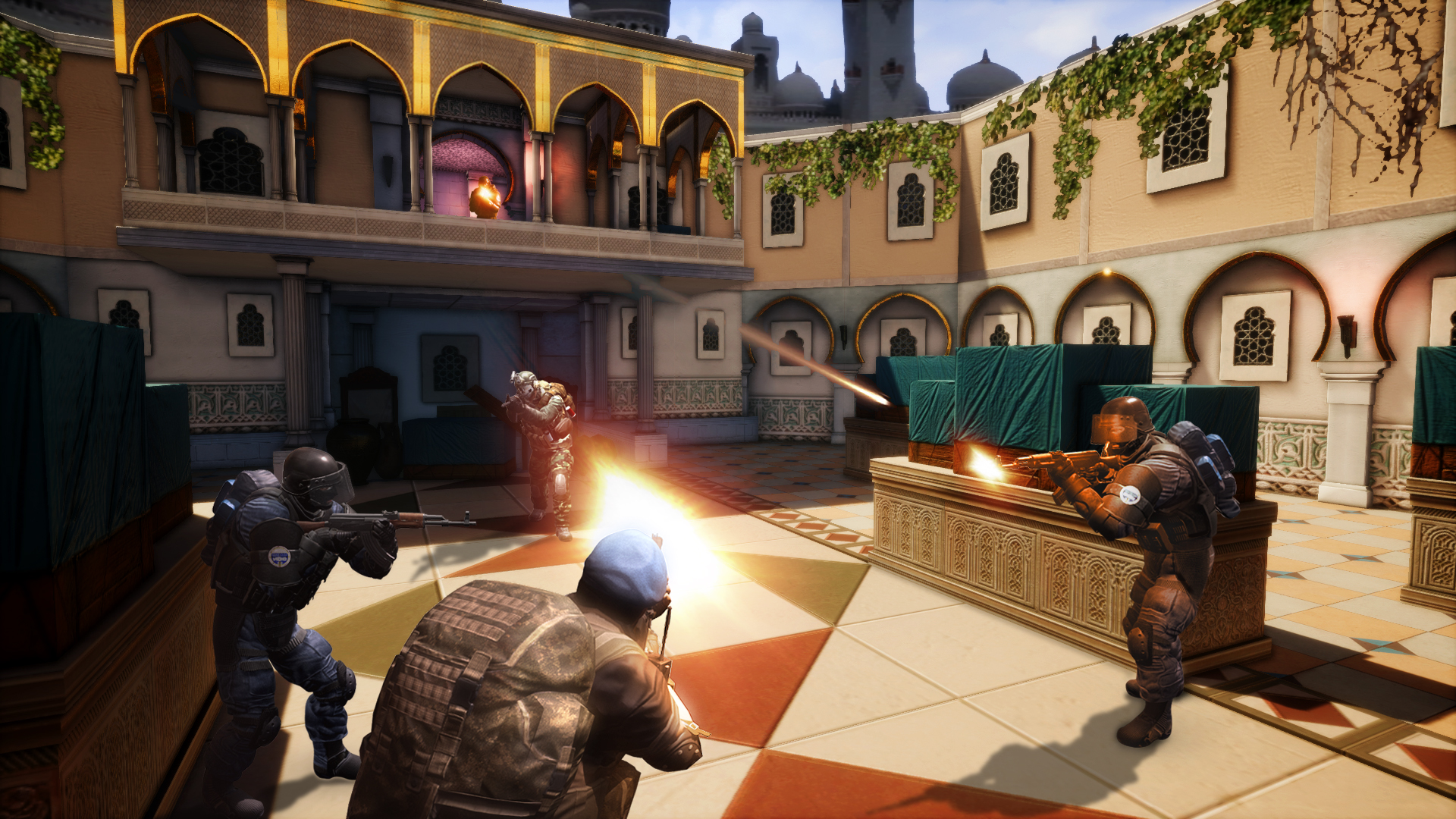 Q: What were your inspirations for making the game?

A: For us, it started with a simple question: Are gamers really satisfied with FPS games on the mobile market? We had our doubts. Even seemingly well-made mobile FPS games didn’t factor in the unique characteristics of the mobile environment.
It was clear to us that there was a better way to create a mobile FPS than attempting to reproduce the experience gamers have on very different platforms like PC, so we designed our own shooting mechanics and tactical elements. Without a doubt, there have been many trials and errors in the process, but we are using the valuable feedback from our players to build on and improve the core concept of Combat Squad.

Q: Do you have any tips or advice to users on how to play the game?

A: As with any FPS, good aiming and avoiding being shot is important in Combat Squad. But understanding the game’s tactical commands can give you the edge over your opponent. They enable you to determine the destination of your squad, as well as the route and the manouvre they use to reach it. You can also divide your squad into two groups. For instance, during a demolition match, a player may send the rest of the team to confront the enemy head-on whilst he or she flanks them and plants the bomb. Managing strategies and tactics adds more depth to gameplay and ultimately makes playing Combat Squad more fun.

Q: Do you have any future updates planned and, if so, can you give us details about them?

A: Until now, our focus was on developing the core mechanics of the game, without giving enough attention to the community aspect, so next we plan on introducing social features to enable players to communicate.

That doesn’t mean there won’t be any new gameplay contents in future updates, though. We plan to introduce new weapons, new maps, a secondary weapon system, other game modes and more exciting features. You can follow our updates on our open roadmap for Combat Squad: https://trello.com/b/9CyXFdOg/combat-squad-roadmap

Combat Squad review - Just another attempt at a mobile shooter?