Dragon Hills 2 is the zestiest mobile game I've played in weeks, which is a tad bizarre.

It's strange because this is an endless runner with an undulating swoop mechanic, an impractically attired heroine, and zombie antagonists. Those don't sound like the freshest of ingredients.

In a way Dragon Hills 2 is indeed a callback to the past - but mainly it's to a time of premium mobile games with vibrant physics-driven worlds.

I don't really know what the plot of Dragon Hills 2 is. Something about assembling the parts of a time machine to go back and prevent the current zombie apocalypse.

It doesn't matter. What matters is the way in which you are to achieve this goal - by climbing onto the back of giant burrowing dragon and smashing through everything that moves.

Mechanically, Dragon Hills 2 is a bit like App Store classic Tiny Wings. It's a lot more like Death Worm, if you can remember that. 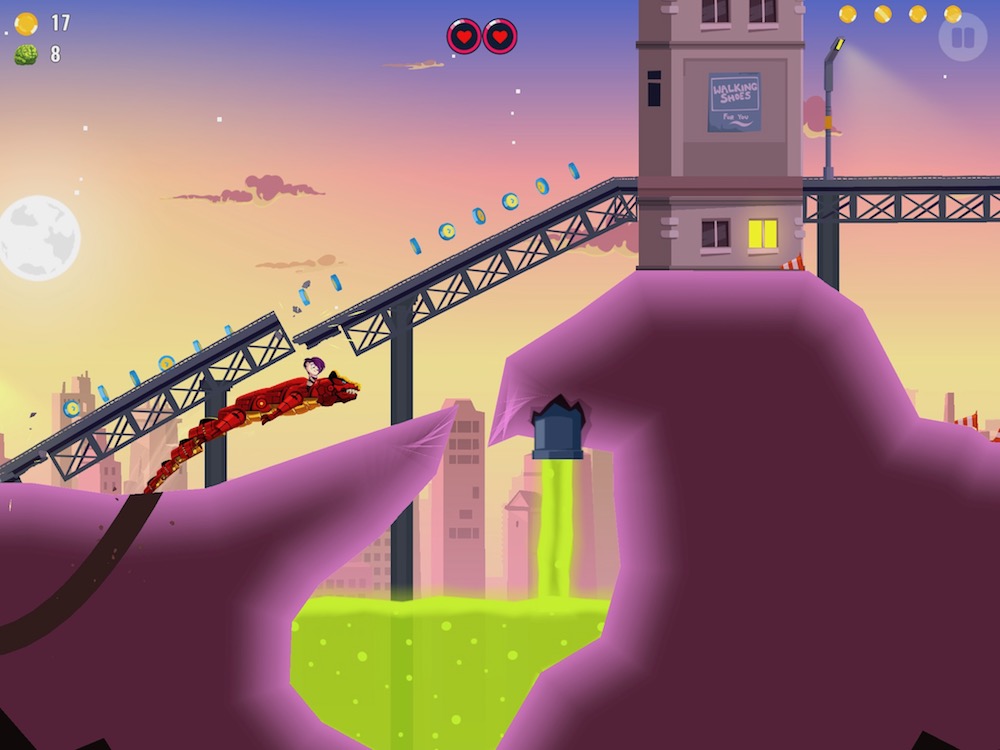 Your ferocious leviathan wants to head up by default, but pesky gravity acts to keep it on terra firma. This is where a whole bunch of intelligent zombies have built their rickety civilisation, packed full of chainsaws, grenade launchers and Mad Max-style jerry-rigged vehicles.

By touching the screen, your dragon will burrow down into the ground, which is generally a safer place to be - though there are caves filled with deadly slime to contend with. Release the screen, though, and you'll ping up into the sky like a jack-in-a-box.

Those are the basic mechanics of Dragon Hills 2 which, as stated, are nothing new. But the thing that will prompt you to hit the restart button again and again is what happens overground.

Dragon Hills 2's world is simply packed full of delicious carnage, as your dragon ploughs through office blocks, blows up petrol stations, tips over fire trucks, and sends huge chunks of debris flying into the air. 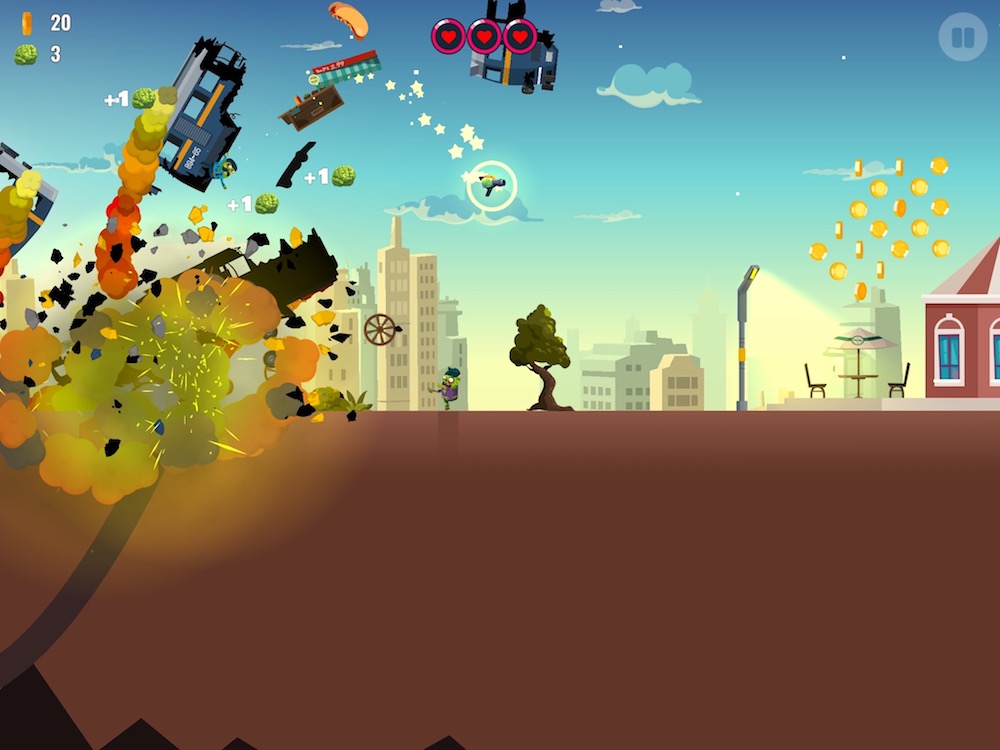 There's typically so much going on at any one time, it can be difficult to take it all in. Soon you'll hone in on what to avoid, what to aim for (zombies for their brain currency, coins, item boxes), and what to ignore.

It does dragon a bit

Dragon Hills 2 isn't the smartest game on the App Store, and it sure as heck isn't the most original. It also seems to be structured to hold you up at its periodic boss stages, which can cause the novelty of its mayhem to wear off somewhat.

But there's always an attainable upgrade to shoot for (no IAPs here), and the randomised levels ease the repetition. For the most part, the game is just plain fun to play.

Dragon Hills 2 is a bit of a blast from the past for those who've been into smartphone gaming from the beginning, but it's also the kind of punchy arcade experience that anyone can appreciate.