It's Thursday and you know what that means by now - it's time to check out what games have dropped this week and 'ho boy it's been a busy one.

From some proper belters to some delightful indie titles, let's take a look at what'll keep us busy over the coming weekend, shall we?

Swing King and the Temple of Bling

"Swing King is a one-tap action puzzle game. Playing as a Mumbles the monkey, your goal is to unravel the secrets of ancient temples and collect hidden treasures." 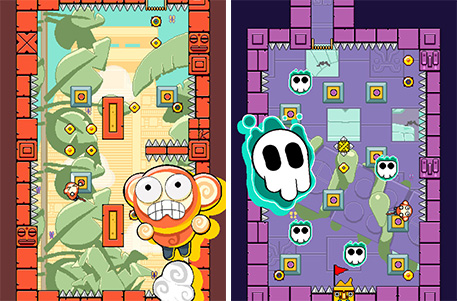 
"Action of Sheep Frenzy 2 takes place in the same universe as its prequel. Yes, it’s ridiculous but it’s also real and those animals really need your help. In this continuation, you have the opportunity to play with 15 different sheep in 10 worlds. Of course, each world and each sheep have its own rules, so you will have to learn their moves in order to survive… or actually, in order to rescue your wooly friends."


"As ambitious gardeners, you face the challenge of filling the beds in every corner of your garden with plants, inspired by the limitations of space to create ever new compositions. You will use a variety of plants — as well as flowerpots and garden cloches — to design gardens that bloom with diversity. Be kind to the helpful cats!"


"Embark on a timeless journey of discovery and adventure in one of SEGA's most epic action RPGs. Summon elemental spirits with the power of a magical ‘Armlet’ to battle an ancient evil that has risen in your land. From mountain fortresses to the dark shadow lands, danger and adventure await at every turn."


"Smash Up is an award-winning shufflebuilding card game designed by Paul Peterson, now available in a beautiful digital adaptation so you can play on the go with friends all over the world." 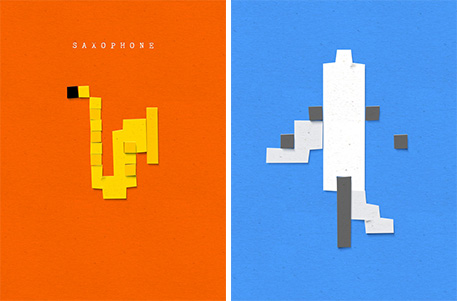 
"Journey through the zombie apocalypse in a race to save your family. Arm yourself with an arsenal of powerful weapons and do whatever it takes to survive."


"Acts and feels like a Point 'n Click adventure from the 1980's. It is a homage to the 1970's horror movies, where you get to experience the role of a true antagonist in a pure 2D pixel art form."


"The Talos Principle is a full-fledged game with over 20 hours of content and entertainment, be it a short challenge for the brain or an entire afternoon filled with exploration and excitement."


"Train Bandit is a simple score attack game. The Law will attack you from both sides. Your weapon is your thumbs. You'll use them to kick the living crap out of the law. React quickly by attacking the correct direction. React...or you're dead."


"A haunted hotel, an abandoned circus, a burnt-out pillow factory, a dead body pixelating under the bridge, toilets that run on vacuum tubes... you’ve never visited a place like this before." 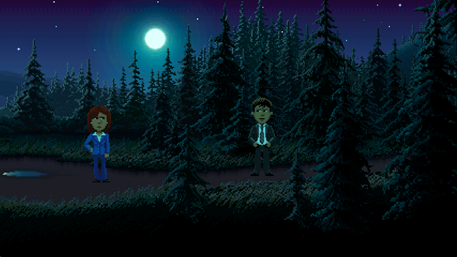 
"San Giorli, an ungoverned region situated between three galaxies, has become an interstellar dark city thanks to the garbage discarded from the three galaxies that attracted a bunch of scavengers."


"The world is in chaos. An outbreak has spread across the globe. Some citizens are becoming brain crazy zombies. Will the surviving remnants of humanity be torn apart by the lumbering zombie hordes or will the survivors live to start anew?"


"Slide down the hills jumping into and out of the ground, crashing and destroying everything on your way in this action-packed adventure. Discover thrilling and magical lands filled with zombies, giants, dragons and tons of surprises."


"Pick up and play this brand new mobile RPG with stunning graphics and animation! Build your powerful army of heroes from a wide variety of amazing characters and beasts!" 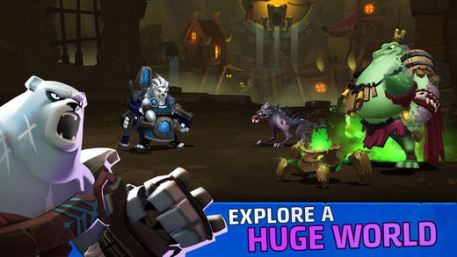 The Quest - Hero of Lukomorye II


"The Quest - Hero of Lukomorye II is an expansion to The Quest, a beautifully hand-drawn open world role playing game with old school grid-based movement and turn based combat."


"Before the world was populated with taichi masters, there existed two dragons borne from the sun and moon. Together they breathed life into the continent, and existed in harmony for ages before pride overtook the darkness. Now evil forces are plotting for control of the world, and a war is brewing. Do you have the taichi skills that it takes to save all living things from total destruction?"


"ARZombi is an interactive experience like no other. This is the first real classic "First Person Shooter" for ARKit, with a style taken from classic 80s horror genre. ARZombi allows you to make your door and windows in your home portals to a parallel reality - one in which an Augmented Reality zombie apocalypse has occurred outside your home!"


"Tear open a portal in your reality to find and destroy the alien invaders!" 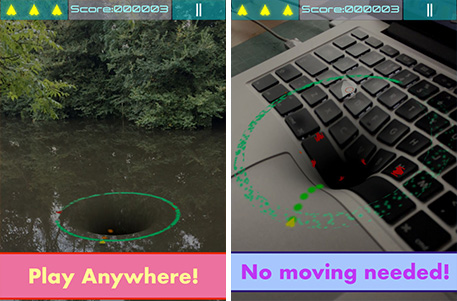 
"Explore Tholl, a world beyond your imagination! On this fantastic planet, peaceful villagers live in harmony while barbaric tribes keep to their wilderness. Into this world where nothing changes arise the Tesh, a demonic force bent on destruction. The Oracle summons YOU to Keep the Balance." 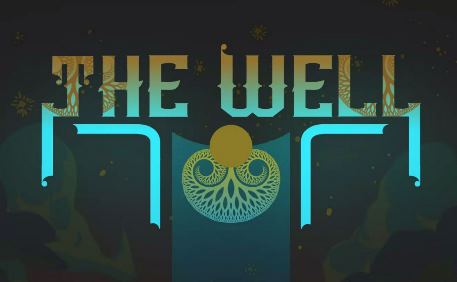 Story of Seasons: Trio of Towns


"Take on the role of a young city slicker who has always wished for a life on the farm. Your dream leads you to a huge plot of open land just ready to be filled with crops, livestock, decorations, and more." 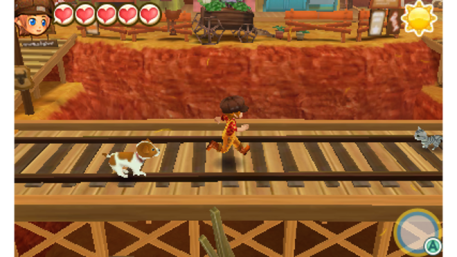 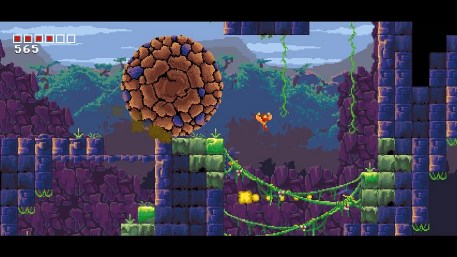 
"Experience a ruthless top-down cyberpunk shooter and blast your way through enemies and walls. Upgrade, enhance and build up your strength. The path to stopping the Overseer is ever changing." 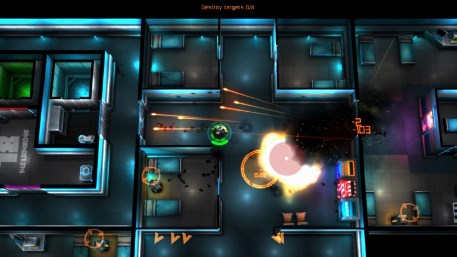 The Flame in the Flood


"The Flame in the Flood: Complete Edition is a wilderness survival game in which a girl and her dog travel on foot and by raft down a procedurally-generated river." 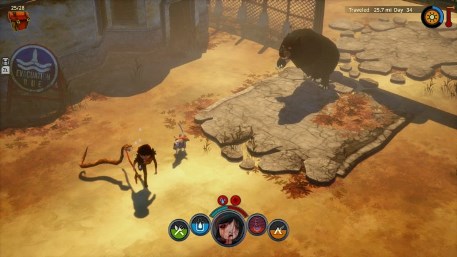 YONO and the Celestial Elephants


"Yono and the Celestial Elephants is a grand adventure, featuring carefully designed puzzles, treasure hunts, a sprinkling combat and a world full of people." 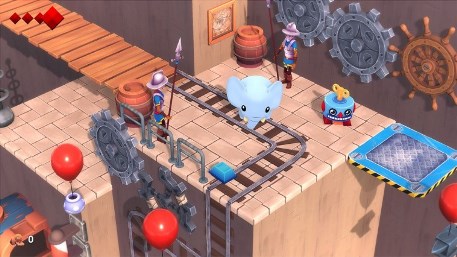 "Help Britannia defeat the Romans in Wulverblade – a hardcore side-scrolling beat 'em up inspired by the old arcade classics!" 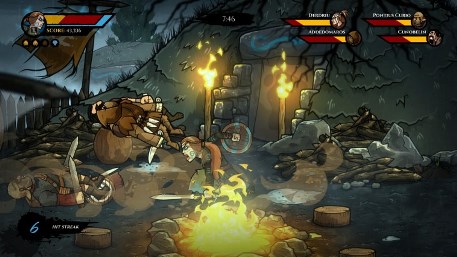 
"Prepare to infiltrate Dr. H8's lair with the help of the strangest, dumbest and most pointless superheroes ever! With 88 levels between you and Dr. H8, only 88 seconds to complete each level and the 88-minute Doomsday clock already ticking, lead 98 unique characters – each with their own special abilities – on a platform-hopping, enemy-smashing, danger-dodging mission to save Earth from complete destruction!" 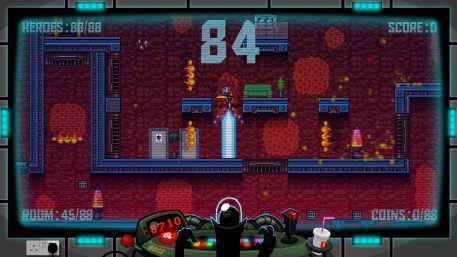 Want more? Check out our growing collection of The Talos Principle features!

8 iOS games to scare you witless this Friday 13th

Why is it that we enjoy solving puzzles so much?

E3 2014: The Talos Principle is an upcoming philosophical puzzler for mobile from the Serious Sam dev