REKT takes Rocket League, squishes it onto mobile, and then removes all of that football nonsense. The result is a high score chaser about doing stunts in a car.

It's a little bit like the old school Tony Hawks skating games really, as you just sort of drive around doing stunts and get scored for how well you do.

And it's pretty good apparently. We gave it a Silver Award at review and said: "Rekt is a brilliant mashing up of ideas that crackles in some really interesting ways".

Then we asked the App Army what they thought, and here's what they had to say.

REKT is like Rocket League's younger brother, But without the ball and rivals. Instead you drive around brightly coloured arenas, performing tricks.

You've got a bunch of tasks to complete, but only a small amount of time to achieve them in. After completing tasks you get coins you can spend on a new car.

I don't like the controls though. I think the developers should add an alternative control scheme with visible buttons because not all gamers like swipe controls. It could also do with a few more arenas.

When I saw the trailer for this, it was love at first sight. I liked the visual style and I recognised some elements from Rocket League. It's not a direct copy though. 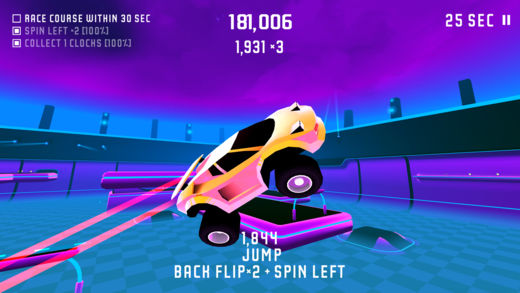 You're placed in an arena with tons of springboards and your imagination. It's up to you and your nimble fingers to decide what you want to do.

There are tasks to complete though, and you get coins for completing them that you can spend on a new car. This is a nice game and worth your money.

REKT is a great little game with surprisingly decent controls. It keeps things fairly simple, which is a big help, and the retro graphic style enables pretty smooth gameplay.

You get a great sense of progression when linking combos to chase high scores - it's really fun. It definitely has that one more go effect on me!

It could do with more levels though, and perhaps a bit more to the level design itself. At the moment it all feels like it's been built with a really simple course generator. But overall worth a shot for fans of the genre.

This is fun to play. The controls are response, but I'd like the choice of alternative controls.

The challenges motivate you to continue, and the arena includes varied ramps, but the absence of other cars and a racing mode is regrettable. It feels a bit empty as a result.

You might mistake this for Rocket league, but this is completely different. REKT takes place in a single arena, with no ball or opponents. Once you've got used to the controls you'll perform tricks to complete tasks within the 60 second timeframe. 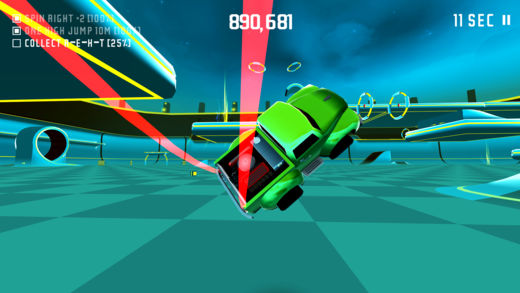 REKT is very cool, looks nice, and is worth buying.

REKT is a great game with short snappy levels and a clear and simple progression system.

The controls are simple but it takes some practice to understand how to perfectly control the car so you can perform high scoring tricks and tight manoeuvres.

It’s an addictive game that has you grasping for every last point to move onto the next car and level.

A great stunt arena game with cars that quickly becomes addictive. The graphics are very spot on and the combination of stunts is amazingly well assembled.

Controlling the car is just a matter of practice but all is suited for the touchscreen. Yes, it's just a high score chaser but one worth playing because every round can bring some nice stunts and a new car.

It's not a long racing game but rather for short bursts.

This is quite fun. You drive about trying to pull off stunts, it’s pretty addictive. I’m guessing there are other courses to drive around but the first one has a lot to do in it and plenty of stunts to try and complete. 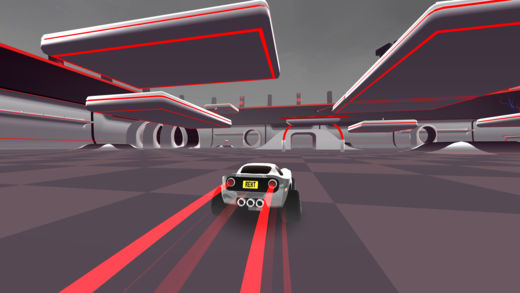 Unlocking cars takes ages though. I've played for a few hours and am nowhere near close enough to getting a new car.