For want of a cherry

That teasing tweet earlier this week turned out to be for a colorful trailer for Amanita's next adventure game, the surreal comedy point-n-click Chuchel.

As the titular Chuchel, you only wanted to retrieve his juicy cherry, but that simple task turns into wacky journey through the game's weird world, a world of doppelganger Chrchel, the fearsome Pool Monster, and all manner of unusual characters.

The trailer showcases the playful puzzles we've come to expect from Amanita Design's games, as well as the Chuchel's icon-based interactions and clever homages to games such as Space Invaders and Angry Birds. 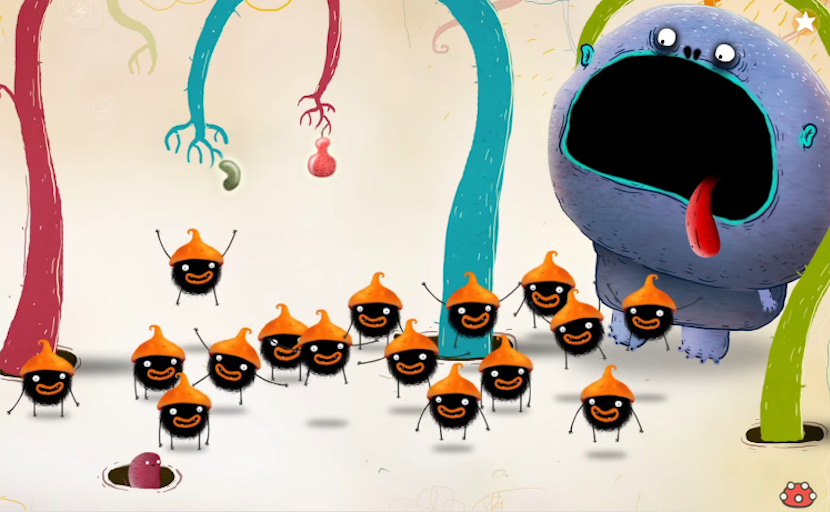 Chuchel is expected to release in early 2018, for iOS, Android, and Steam.