I know I say it every week but it feels like the days just keep getting faster and faster, and here we are not only on another Thursday but in October.

Yet, there's already a lot of shops selling Christmas stuff, so I don't know about you but I've lost track of reality.

Anyway, it's that time of the week where we take a look at what fantastic games we get to dive into over the weekend. It may be a quiet one, but there's a few tasty individuals in the list.

DigimonLinks
Publisher: Bandai Namco
Price: F2P
Platform: iOS, Android
"In Digimon Links connect both the real and digital worlds! All your Digimon favorites come to life in Digimon Links! Grow stronger with the bonds you form with your Digimon, and find out the cause of the disturbances in the Digital World!" 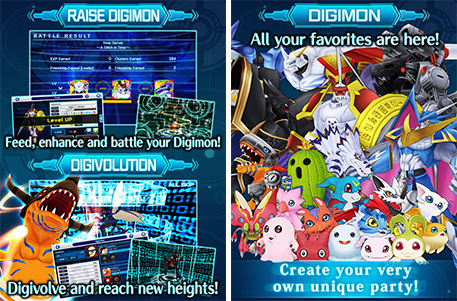 "An epic adventure where fantasy and science collide awaits in this modern card battler from Stoker Games. Players are pitted against each other in a high risk card game where the winner can take the loser's card gaining them valuable resources with every victory. Conversely, the loser is substantially weakened in the process making their next move in the game critical to surviving and thriving as more turns pass." 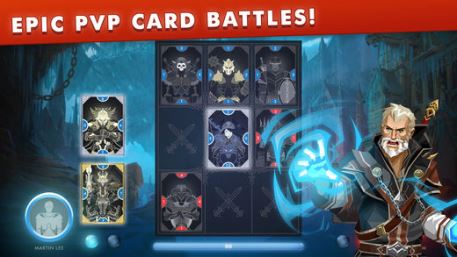 "Lock and Load! It's time to Kick Ass. Grab your machine-gun, flamethrower, rocket launcher and grenades. Assault the enemy bases and free commandos to join your team while you destroy everything in sight."

"Octopuz will keep your mind and fingers sharp with its deceptively difficult memory puzzles. The rules are easy. Replicate the pattern. Each puzzle piece has eight options. Tap your way through each puzzle as you race against the clock and train your brain." 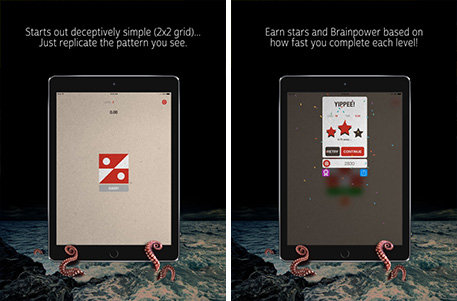 "You are a Hunter on a mission: team up with friends to slay monsters, gather precious materials to forge and upgrade your own weapons and armor, then enhance them with Magi to acquire powerful skills. And do them all with one finger, thanks to our easy-to-play, intuitive controls." 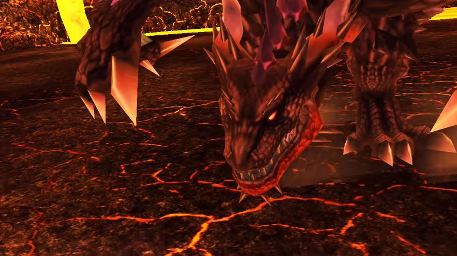 "Ever wanted to kickflip a car? Get behind the wheel in this high octane stunt driving game and get REKT! REKT makes doing tricks incredibly smooth and easy, and with super realistic physics it's easy to learn and hard to master. Get your landing right and power slide into the next trick for an incredible trick combo chain at a smooth 60 frames per second."

"3-on-3 action for up to 6 players on smartphones and tablets!
Take control of unique 'agents' in this spectacular 3D team-based action game!" 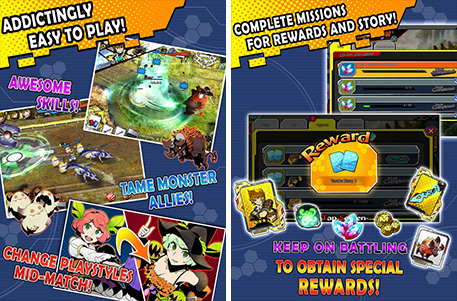 "A fun and entertaining puzzle game that will not let you get bored. Although this game is more calculated not for logical thinking, but for attention. The levels in this game are more like circuits of electrical circuits. All you need to do is to unravel the next scheme, so that the playing field becomes empty."

"Send your Tiny Jumper into the atmosphere and beyond by creating mini trampolines with the swipe of your finger. Collect coins to unlock new crazy characters." 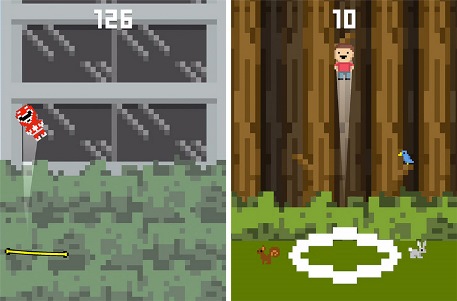 "In "TWO DRAW" game the player needs to draw ingenious lines and shapes to help two little separated dots overcome all the obstacles and meet each other. With a large number of levels, this engaging physics-based puzzle game will keep the player entertained for hours!"

"A network of weather-controlling satellites meant to protect Earth has been sabotaged. Catastrophic weather events are destroying cities across the globe. Experience these disasters up close as you gather essential data to prevent a Geostorm while trying to escape the havoc in this immersive 3D puzzle game."

Batman: The Enemy Within

"The Riddler has returned to terrorize Gotham City, but his gruesome puzzles merely foreshadow an even greater crisis. With the arrival of a ruthless federal agent and the return of a still nascent Joker, Batman must navigate uneasy alliances while Bruce Wayne undertakes a perilous series of deceptions." 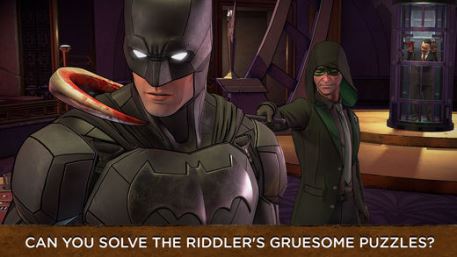 "Swipe to loot. Swipe to dodge. LOOT AND DODGE." 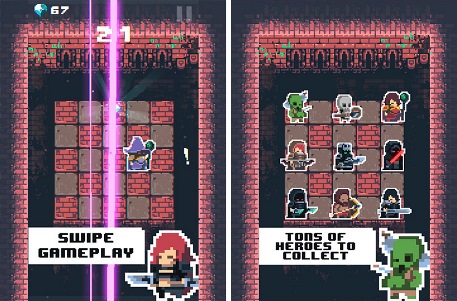 "Rise from Goon to Godfather and become the most feared mob boss in Goon Squad™, a fast-paced, card-based, multiplayer brawler. Battle players globally in real-time to conquer an opponent’s headquarters, collecting valuable safes and skulls after each win." 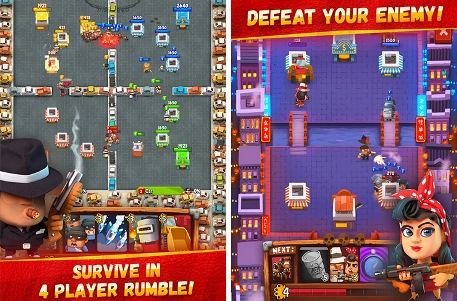 "Stack X, the extreme stack builder game. Do you have what it takes to reach the top?" 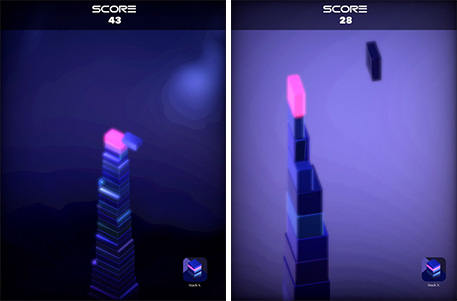 "Stranger Things is back! Prepare for Season 2 of the award winning show by joining Hopper and the kids on a new, action-packed adventure."

"Come on! We need your help to take care of our garden. There are many different seeds to plant and take care of. And your little animal friends are hungry. We decided to put them on a healthy diet, so there is a need for some fresh cucumbers, pumpkins, carrots, chili peppers and many more."

"Join Katrielle Layton, our new hero, as she becomes embroiled in a casual, quizzical quest, which has its roots in our hero’s search for her missing father, Professor Hershel Layton. You'll be whisked around London's famous landmarks, from the Houses of Parliament to Tower Bridge, following Kat, solving case after unlikely case, until she unwittingly uncovers the Millionaires' Conspiracy." 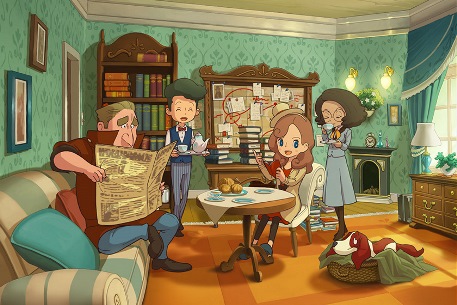 "You’ve inherited your grandfather’s old farm plot in Stardew Valley. Armed with hand-me-down tools and a few coins, you set out to begin your new life." 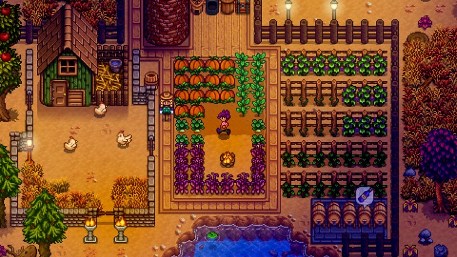 Lovers in a Dangerous Spacetime


"Lovers in a Dangerous Spacetime is a frantic couch co-op action space shooter for 1-4 players*. Explore a colourful galaxy in a massive neon battleship that you control together by manning turrets, lasers, shields and thrusters. Only through teamwork can you triumph over the evil forces of Anti-Love, rescue kidnapped space-bunnies, and avoid a vacuumy demise." 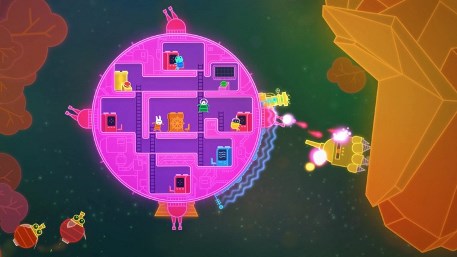 
"Earth Atlantis is a side-scrolling shooter with an original "Monster-Hunting" gameplay. Search and hunt down dreadful sea monsters and explore the post-apocalyptic underwater world. Unlock multiple ships with special weapons and abilities for your journey and become a legendary hunter!" 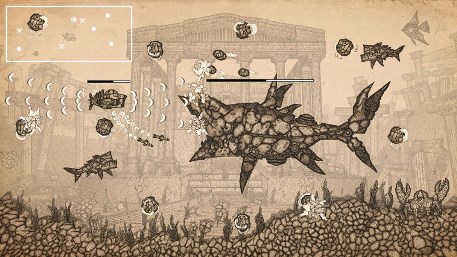 "This is the action-adventure you've been waiting decades for. After a lab accident, a scientist awakens in a mysterious, alien world. Is this a distant planet? The far future? Or a complex virtual-reality computer simulation? Plumb the recesses of a large, labyrinthine world in order to learn its secrets and uncover your role within it." 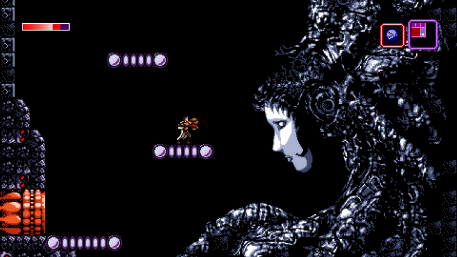